The figures which can be described by mentioning two dimensions called length and breadth, are called 2D-shapes or plane figures.
Example: Triangle, quadrilateral, and other polygons are all 2-dimensional figures.

The objects having definite shape and size are called solids. A solid occupies a fixed amount of space and has three dimensions.

We live in a 3-dimensional world. Those objects you can see or touch has 3-dimensions as length, breadth, and height, for example, room, TV, chair, etc. In the world around us, there are many 3-dimensional geometric shapes. Here, we will learn about some of them.

It is the shape of a matchbox, a chalk box, a brick, a tile, a book, an almirah etc.
It is made of rectangles.
Definition:A solid bounded by six rectangular faces (not all equal) is called a cuboid. It has three dimensions, namely length, breadth and height.

Various parts of a cuboid are

Various parts of a cube are:

A solid shape in which top and bottom both are circular while the rest of the surface is curved.
It is the shape of a tube light, tin container, circular pillars, circular pipes, circular pencils, measuring jars, road rollers and gas cylinders etc.

Parts of a cylinder:

A cone is a solid shape having a plane circular end as the base and whole lateral surface is the curved surface tapering into a point, called the vertex of the cone.

Parts of a cone:

A solid (3-D) shape that has only a curved surface is called sphere. 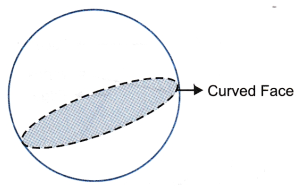 Parts of a sphere

A prism is a solid whose bases are identical polygon faces (triangles, quadrilaterals, pentagons etc.) and the other faces are rectangles.
Remember that if the bases of the prism are pentagon, then the prism is known as pentagonal prism. 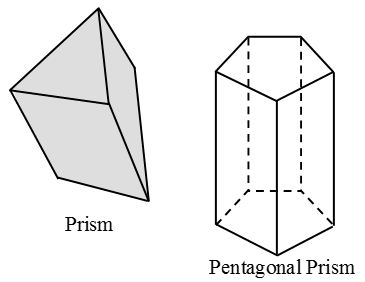 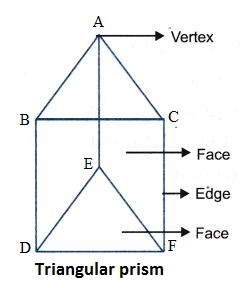 A pyramid is a solid whose base is a flat rectilinear figure and whose side faces are triangles having a common vertex outside the surface of the base. This shape is usually found in ancient Egyptian sculptures. 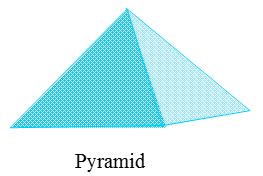 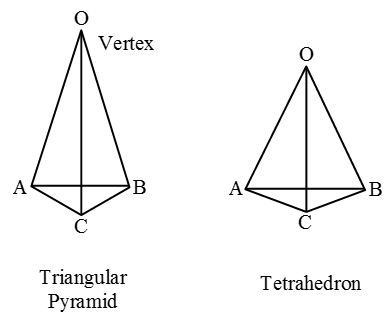 A square pyramid is a solid which stands on a square base. Its side faces are triangles having a common vertex, called the vertex of the Pyramid. 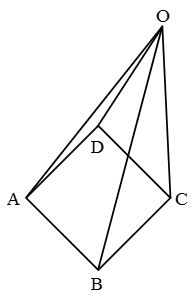 A rectangular pyramid is a solid which stands on a rectangular base. It also tapers to a point. Its side faces are triangles having a common vertex, called vertex of the pyramid. 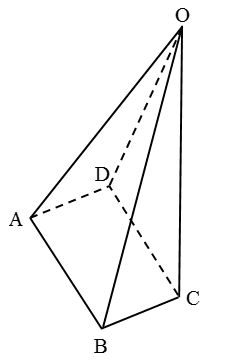 Note :
(i) A pyramid is named according to the shape of its non-triangular face.
(ii) All the side faces of a pyramid (triangular, rectangular, square, pentagonal etc.) are triangular.

The following table gives the summary of all above observations: