What does Boyle’s Law state? 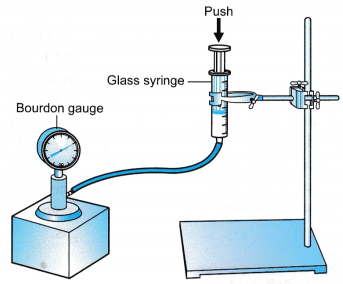 Conclusion:
The volume of the air in the glass syringe is inversely proportional to the pressure. The hypothesis is accepted.

Example 1. The air in a syringe has an initial volume of 12.0 cm3 and pressure of 100 kPa. The nozzle of the syringe is closed and the piston is pushed inwards until the volume of the air becomes 7.5 cm3. What is the pressure of the compressed air in the syringe?
Solution: 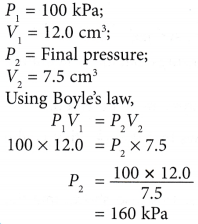 Example 2. A deep-sea diver breathed out a bubble of air with a volume of 2.0 cm3 at a depth of 40 m. What will be the volume of the bubble when it is 15 m below the surface of the sea?
[Atmospheric pressure = 10 m of water]
Solution: 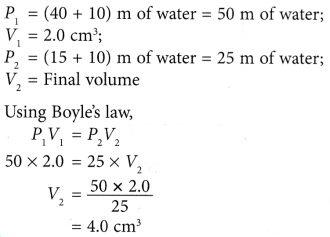 Example 3. Figure shows a thin glass tube with air trapped inside it in three different positions. 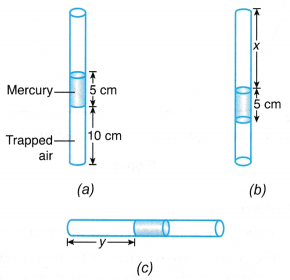 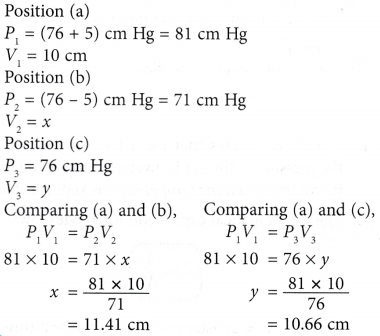