What is a Lens

A lens is a curved and polished piece of glass or any other transparent material.
The most common place where you will find lenses is in spectacles. You will also find lenses in magnifying glasses, binoculars, and in cameras. 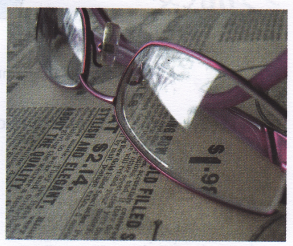 Common lenses are of two types: convex and concave.
A convex lens is thicker in the middle than at the edges. A magnifying glass is a convex lens.
A concave lens is thicker at the edges than in the middle. Things look smaller through a concave lens.
The light falling on the lenses can be represented by rays. Parallel rays falling on a convex lens converge to a point known as the principal focus (F).

Given below is the representation of the above images using ray diagrams.