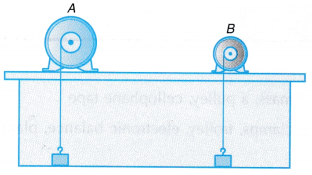 
Aim: To measure the power generated by a student running up the stairs.
Apparatus: Stopwatch, metre rule, weighing machine
Method:

What is the Efficiency?

(a) Calculate the gain in gravitational potential energy of the boy.
(b) Determine the power generated by the boy. [Take g=9.8m s-2]
Solution: (b) This is because besides lifting the bucket, work is also done to overcome frictional forces between the cable and the pulley and other parts of the crane. 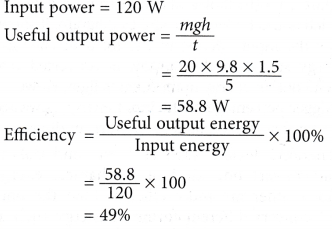