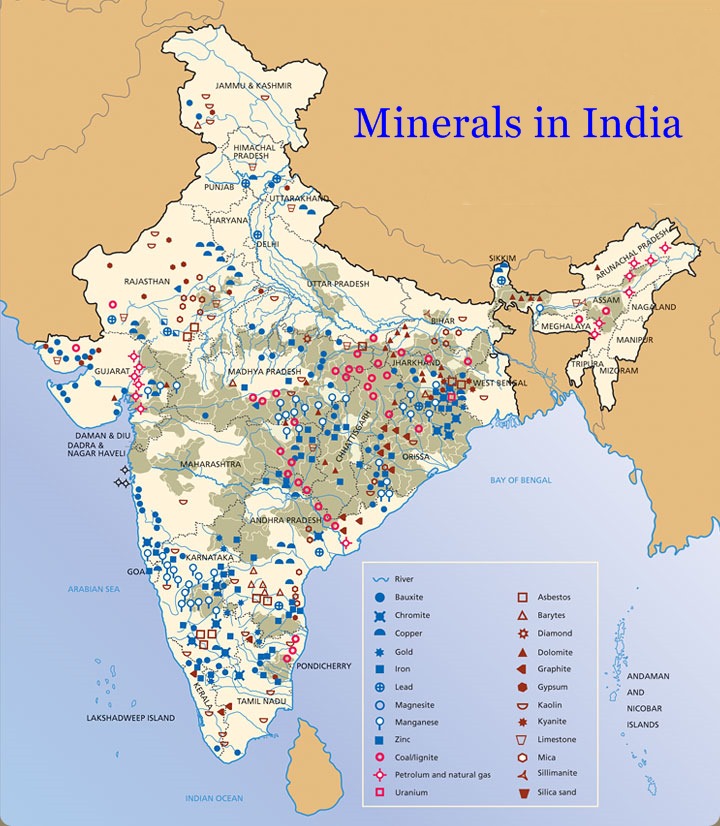 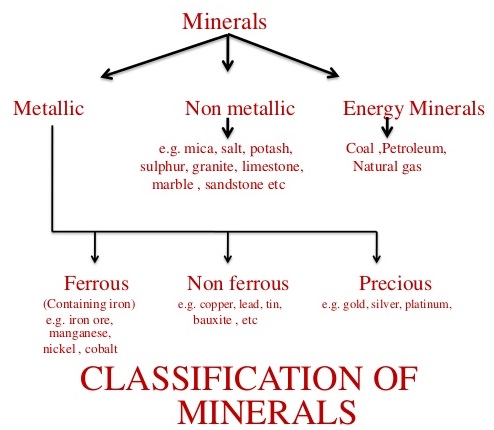 Question 1: What do you understand by the term ‘mineral ore’?
Answer: Metallic minerals are extracted from the earth in raw state, it is known as ‘mineral ore’.

Question 2: What are the four main varieties of coal?
Answer: Anthracite, Bituminous Lignite and Peat.

Question 3: Give the main uses of any two of them.
Answer: (i) Anthracite: It is clean to handle and has a high heating value.
(ii) Lignite: Its by-products can furnish several materials for industries.

Question 5: Where does India stand in the production of coal?
Answer: India ranks fifth amongst the countries of the world.

Question 6: Why does India have to import oil?
Answer: India has to import oil to meet the ever increasing industrial and domestic demands.

Question 7: What are the uses of petroleum?
Answer: It is. used as a source of power and fuel for automobiles, aeroplanes, ships and locomotives.

Question 8: Where are oil deposits largely found in India?
Answer: In the off-shore sea near Mumbai.

Question 10: Which state is the largest producer of mineral oil?
Answer: Assam is the main oil producing state.

Question 12: How is the low grade iron ore utilized?
Answer: The inferior Variety is often used in manufacturing sponge iron and converted into pellets and than exported.

Question 14: How has bauxite found its place in the aircraft industry?
Answer: Because Aluminium which is processed from it is light and resists rust.

Question 16: Give two uses of bauxite besides manufacture of aluminium .
Answer: (i) Used in place of iron sheets where durability is not required,
(ii) In tanning leather and refining mineral oil.

Question 17: Give two uses of limestone.
Answer: (i) Used in the manufacture of cement and chemicals.
(ii) As a fluxing material iron and steel industry.

Question 1: Which varieties of coal is used for domestic purposes and why?
Answer: Bituminous Coal: This coal is most popular because it has 70% to 80% Carbon content and accounts for 98% of the total reserves.

Question 10: What is manganese used for?
Answer: Manganese is a key metal used in manufacturing special types of steel. It is also used in several chemical and electrical industries, glass, ceramics.

Question 11: Give four economic uses of mineral resources.
Answer: Mineral resources are useful in four ways:
(i) They form the basis for industries.
(ii) Means of communication depend upon them.
(iii) They are the source of energy, e.g., coal and petroleum.
(iv) Earn foreign exchange by exports. 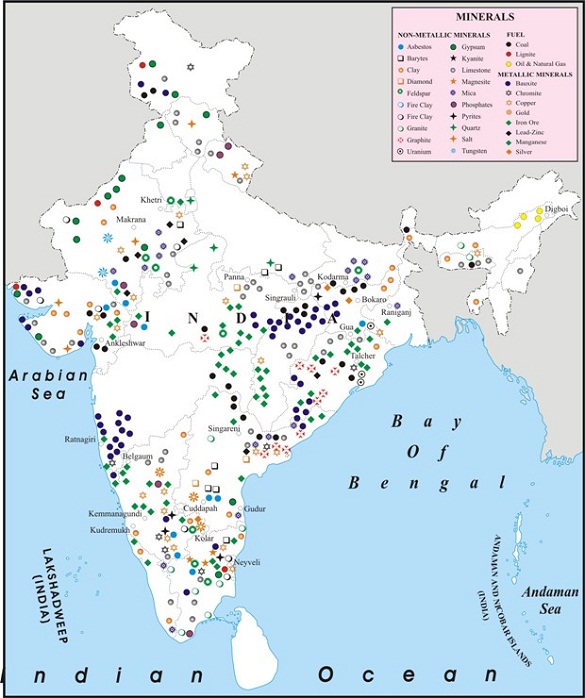 Question 2: State two main drawbacks of the Coal found in India.
Answer: The main drawbacks of coal found in India are:
(i) All major coal fields are confined to Bihar, Madhya Pradesh, Orissa and West-Bengal causing heavy transport cost to distribute coal across long distances in the country.
(ii) Indian coal has high ash content and low calorific value. This reduces the energy output of coal and complicates the problem of ash disposal.
(iii) It is not of very good quality.
(iv) It is concentrated in the region of Chhota Nagpur Platetau.

Give Geographical Reasons for the following:

Question 2: The location of coal fields is an important factor in industrial development.
Answer: Coal is a bulky and heavy raw material. Industries located away from coalfields incur huge transport costs and it thus affects the cost of production on a large scale.

Question 6: Why is bauxite considered an important mineral?
Answer: Bauxite is used in manufacture of aluminium which being light in nature finds its use in aircraft. 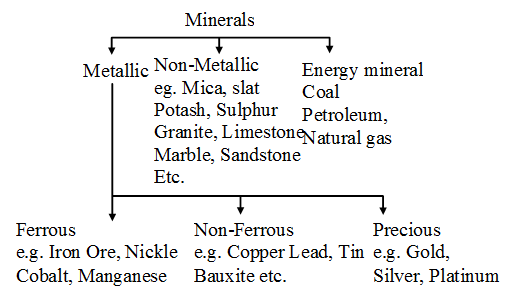 Question 5: Which country ranks first in South Asia with regard to easy availability of minerals?
Answer: India.

Question 7: Name the four types of coal. Which of these is the best for industrial purposes?
Answer: Anthracite, bituminous, lignite and peat.
Bituminous is the most important as it is used for smelting iron ore.

Question 8: Name an important coal producing State in India and a coal-mine located in that State.
Answer: Jharkhand, Jharia.

Question 10: Name any two important petroleum drilling centres for each of these states:
(i) Gujarat (ii) Assam
Answer: (i) Ankaleshwar and Kalol (ii) Digboi and Moran.

Question 11: Name two oil refineries in the public sector one each in Assam and Gujarat.
Answer: Assam — Digboi.
Gujarat — Luny.

Question 12: Name two states in India where Iron-ore is found on a large scale.
Answer: Orissa and Jharkhand.

Question 13: Which is the biggest iron-ore producing state of India?
Answer: Orissa contributes about 33 percent of the total annual production of iron-ore.

Question 19: Name one use of the mineral manganese.
Answer: It is widely used in electrical industries. In the smelting of iron ore and to convert it into steel.

Question 20: Name the mineral:Which is used in the manufacture of cement.
Answer: Limestone.

Question 21: The largest deposits of which are found in Balaghat in Madhya Pradesh.
Answer: Manganese.

Question 32: Name three states which are the largest producers of bauxite.
Answer: Jharkhand, Chhattisgarh and Madhya Pradesh which produce about 50% of India’s output.

Question 33: Name the three types of iron-ore?
Answer: These are: Haematites (Fe2O3), Magnetites (Fe3O4) and Limonites.