Gandhi Jayanti Essay: Gandhi Jayanti is celebrated in India as a National festival on 2nd October, every year. This day is celebrated to remember the birth of Mohandas Karamchand Gandhi (2nd October 1869 – 30th January 1948). It is one of the three National holidays, such as Independence Day and Republic day, which are celebrated in India. Mahatma Gandhi, who has given the title of “Father of the Nation” or “Rashtrapita”, is also called by the name “Bapu”. He was a great follower of peace (Satya) and non-violence (Ahimsa). He is regarded as the leader of the freedom struggle for India and is highly appreciated for his simplicity and principle follower. Therefore, on his birthday, 2nd Oct, Gandhi Jayanti is celebrated as a National Holiday and people contribute their time memorizing his teachings and principles. Read on to find more about the Essay on Mahatma Gandhi in English 500 Words.

Mahatma Gandhi had a family of Merchant Class. At 24 years of age, Mahatma Gandhi went to South Africa to pursue law and he came back to India in 1915. After his return to India, he became a member of the Indian National Congress. At this point of time for his hard work, he became the president of the congress. He is not only worked for India’s Independence he also fought for various kinds of social evils like untouchability, casteism, female subjugation, etc. He also helped for so many poor and needy. 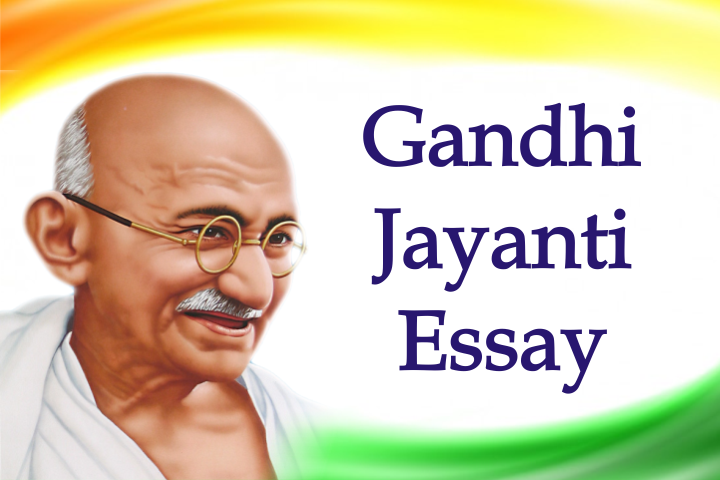 Bapu was born at the time when Britishers were ruling in India. He has played the most significant role in the struggle of Indian independence. His love for the nation, supreme dedication for our country’s independence and kindness to poor people has given him the honor to be called “Father of the Nation” or “Bapu”.

Gandhi Jayanti is also celebrated as the International Day of Non-Violence all over the world, declared by the United Nations General Assembly on the 15th of June 2007. The purpose is to spread Mahatma Gandhi’s philosophy, his teachings of non-violence and peace all over the world. In some of the places, Gandhi’s birthday is celebrated with physical activities based on some theme, to grow public awareness worldwide. Soonly we will update Gandhi Jayanti Essay in Tamil, Hindi, Gujarati, Bengali.

How Gandhi Jayanti is Celebrated?

Gandhi Jayanti is celebrated in numerous innovative ways by the students and teachers of schools and colleges, government officials, etc. all over India. It is feasted at Raj Ghat, New Delhi by offering flowers to Mahatma Gandhi’s statues. While offering the honor people sings his favorite devotional song “Raghupati Raghava Raja Ram” and other conventional activities are performed by the government officials. Raj Ghat is the cremation place of Bapu, which is decorated with garlands and flowers. Homage is given to this great leader by placing bouquets and flowers at the Samadhi. Religious prayer is also held at the samadhi, in the morning.

Schools, colleges, government offices, post offices, banks, etc remain closed on Gandhi Jayanti to pay tribute to the national leader of India. We celebrate this day to remember Bapu and his great deeds. Students are allotted to perform various tasks on this day like, poem or speech recitation, essay writing, drama play, slogan writing, group discussion, etc based on the life and works of Mahatma Gandhi.

Students can also know about Gandhi Jayanti Speech from here.

Mahatma Gandhi was born in a small coastal town, Porbandar, Gujarat. He did great works all through his life which still has an impact on the people in this modern era. He has worked with great effort to achieve Swaraj, to remove untouchability customs from society, the eradication of other social evils, empowering women’s rights, developing the economic condition of farmers and many more. He ran three movements such as the non-cooperation movement in 1920, Dandi March or Salt Satyagraha in 1930 and the Quit India Movement in 1942 to help people of India get freedom from British rule. His Quit India Movement was a call to the British to leave India.

In 1916, Mahatma Gandhi was imprisoned for organizing the civil defense of tens of thousands of landless farmers and servants in the Champaran district of Bihar, India. Through the Champaran Satyagraha of 1916, Mahatma Gandhi along with the farmers and servants protested the increasing tax (Lagaan) laid on farmers by the Britishers during the destructive scarcity. With his hard determination, Gandhi shocked Britishers in 1930 with his 440 km long walk on foot to the ocean. It was originally to fight the British salt monopoly and lead Indians to defy the British forced salt tax. Dandi Salt March is laid down in history, where around 60,000 people have imprisoned an outcome of the protest march.

Though the story and the extent of India’s struggle for Independence were very long and many people sacrificed their lives during the process. Eventually, India achieved freedom in August 1947. But Independence was accompanied by the horrific Partition. Following the partition and witnessing religious violence on the liberation of India and Pakistan after India’s Independence in 1947, Gandhi began innumerable fasts unto death to eliminate religious violence. Bapu was assassinated on January 30, 1948 (Mahatma Gandhi Death Date), after Nathuram Godse fired at him at the Birla House, New Delhi.