10 Lines On Gandhi Jayanti: With the emotions of Nationalism and Patriotism, Gandhi Jayanti is celebrated every year as a National festival of India by the Indians with the same enthusiasm. This day is for remembering his teachings and values, which he contributed to the society, and to understand the sacrifices he made for the freedom of our country by arranging different struggle movements. Get to Know how to write a Paragraph on Gandhi Jayanti from here. 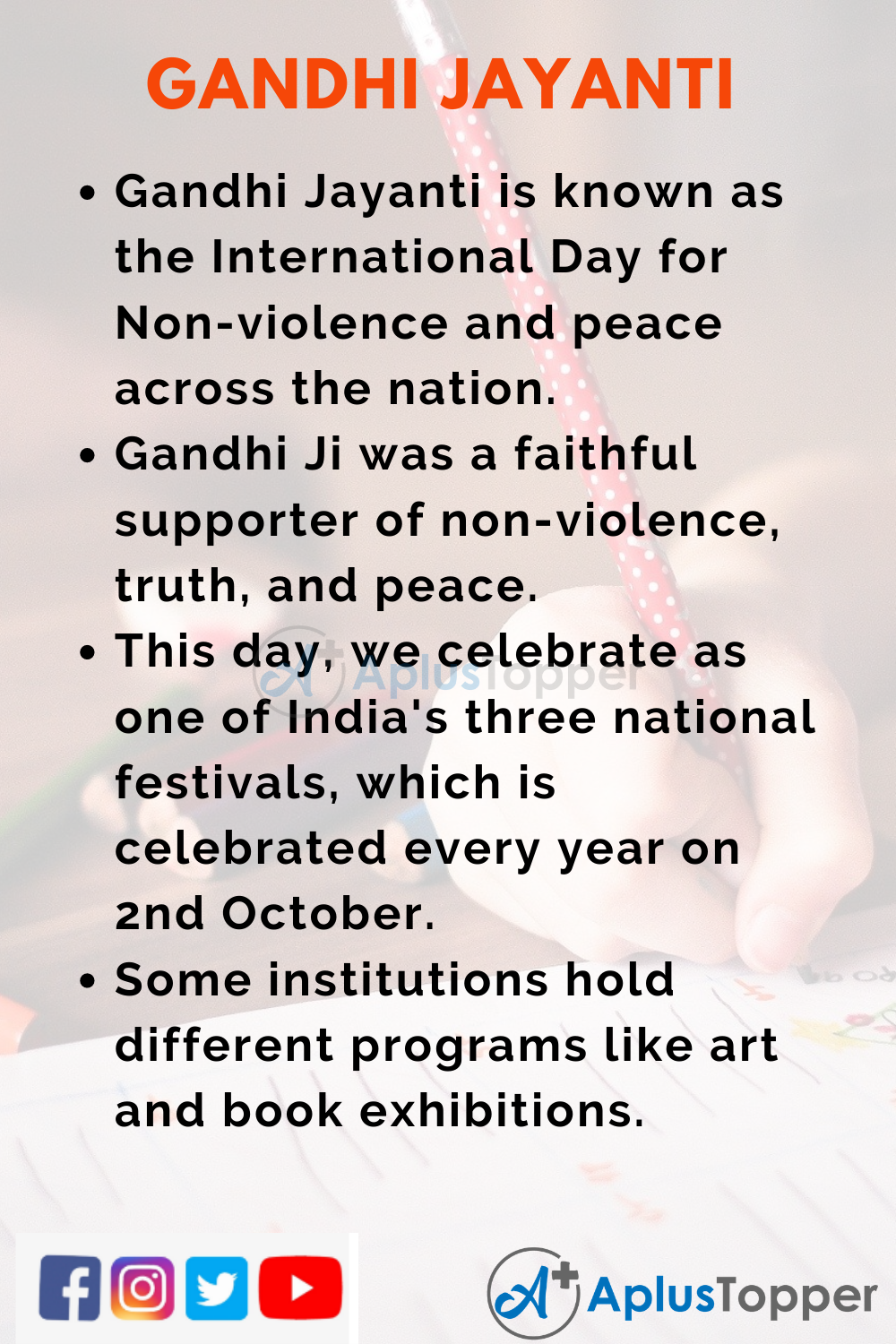 FAQ’s on 10 Lines On Gandhi Jayanti

Question 1.
What is the significance of Gandhi Jayanti?

Answer:
On the day of Gandhi Jayanti, people honor and pay tribute to the contributions of Mahatma Gandhi for his role towards the freedom of India and his immense sacrifice against the British Government. Another name that was given to Mahatma Gandhi is the father of the nation India.

Answer:
On 2nd October, along with the birthday of Mahatma Gandhi, we also celebrate the birthday of Lal Bahadur Shashtri, who was once the prime minister of India. Both were renowned persons as a freedom fighter who fought for our country for Independence.

Question 3.
Why is Gandhi Jayanti celebrated as the International Non-violence Day?

Answer:
Gandhi was a supporter of non-violence, truth, and peace. He always supported movements that never included violence. He wanted to gain freedom peacefully. That is why 2nd October, which is Gandhi Jayanti, is also celebrated as the International Non-violence Day.

Question 4.
What are some of the major movements for India’s freedom struggle, which was led by Mahatma Gandhi?

Answer:
Some of the significant freedom struggle movements led by Mahatma Gandhi were civil disobedience movement, non-cooperation movement, Dandi March, and many more. The motto for the campaigns explained about gaining freedom for India from the rule of the British government without any violence.