10 Lines on Ganesh Chaturthi: Ganesh Chaturthi is a festival celebrated specially by Hindus. The festival usually falls in the month of August or September. It is the day on which Lord Ganesha the youngest son of Lord Shiva and Goddess Parvathi was born. Ganesha is considered the God of Wisdom and Knowledge. He is also referred to as Mangal Murthi, the symbol of prosperity, happiness and welfare. As Lord Ganesha brings in positivity every auspicious work begins after worshipping him. People Chat “ Ganapathi Bappa Morya, Mangal Murti Morya” to make their deity happy. 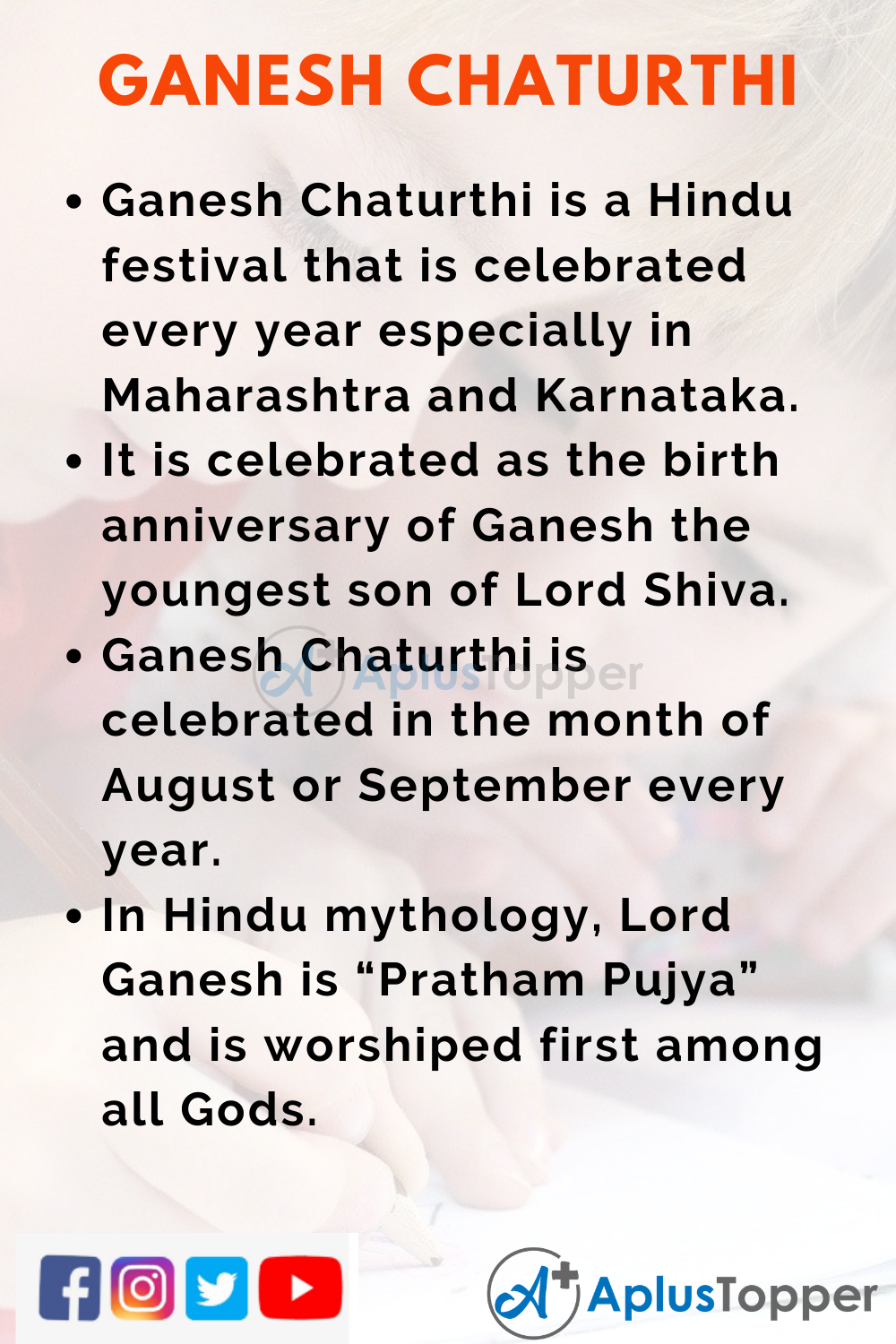 Get a Paragraph on Ganesh Chaturthi for Kids, Students and Children from here. 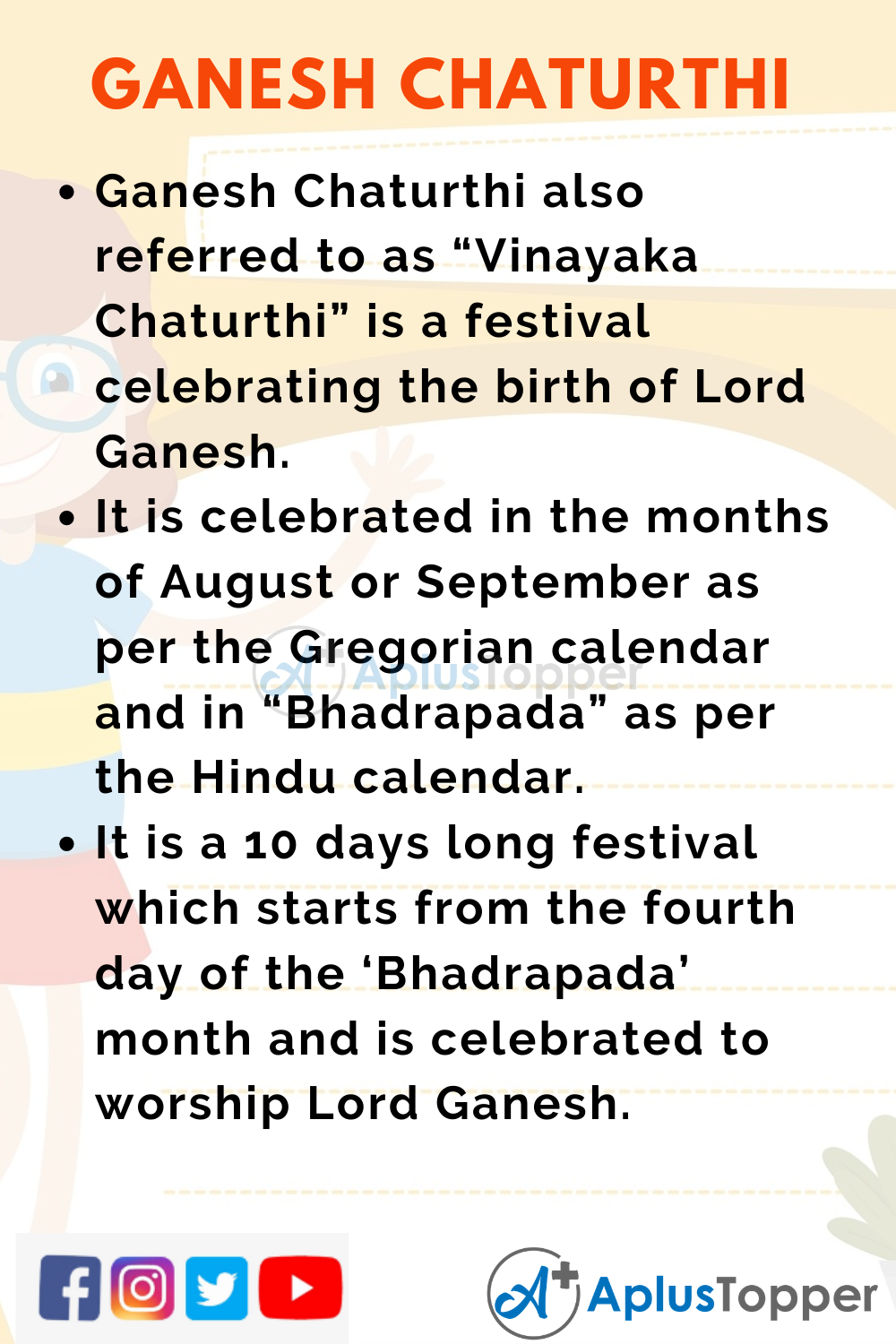 FAQ’s on 10 Lines on Ganesh Chaturthi

Question 1.
What is the reason behind celebrating Ganesh Chaturthi?

Question 2.
Why is Ganesh submerged in water?

Answer:
Usually, the ritual is done to signify the birth cycle of Lord Ganesha just the way he was born of Clay so is the Idol submerged in water.

Question 3.
Who started the Ganesh festival in India?

Question 4.
How many days is the Ganesh festival celebrated?