The topic of World Population Day is a very favorable one on which students are asked to write compositions. For such purposes, we have compiled a set of relevant articles below.

A long and short essay is given below. The sample of the long essay is 450-500 words long. The short essay runs over 100-150 words. Additionally, a set of ten lines on a particular topic has also been provided. Students can refer to these articles when writing their essays for their assignments and examinations.

World Population Day essay is convenient for students in grades 7, 8, 9, and 10.

The aim and motif of World Population Day are to propagate the consequences that an uncontainable huge population count can have on human life and the surrounding environment. The natural resources to support existence are limited, but their consumption keeps increasing every year. Given this fact, a day will arrive soon when the earth will run out of resources to contain human life; that would be doomsday.

It is extremely urgent to keep the population count within the check. Several irrevocable damages are inflicted upon the environment and the atmosphere. A large number of people imply rapid and unjust depletion of environmental resources. Natural resources such as Land, Water, and Air are limited; they cannot be manually reproduced. The quick consumption of these resources leads to a tremendous loss. Besides environmental resources, valuable human resources are also wasted.

Out of the total 225 countries all across the world, China records the largest population. India comes next in line. As per accurate statistics, 21 children are born every five seconds. However, on a better side, the mortality rate has shown a decrease from 6.3 to 3.1 since 1950. Closer to home, India is the second-most populous country in the world after China. It has a population density of 190 people per square kilometer. The states of UP, Tamil Nadu, and Bihar are among the most densely populated Indian states.

The governments of every country should come up with effective policies and schemes to control the growing population. If not controlled immediately, the ever-increasing world population will account for some unbearable adverse situations. 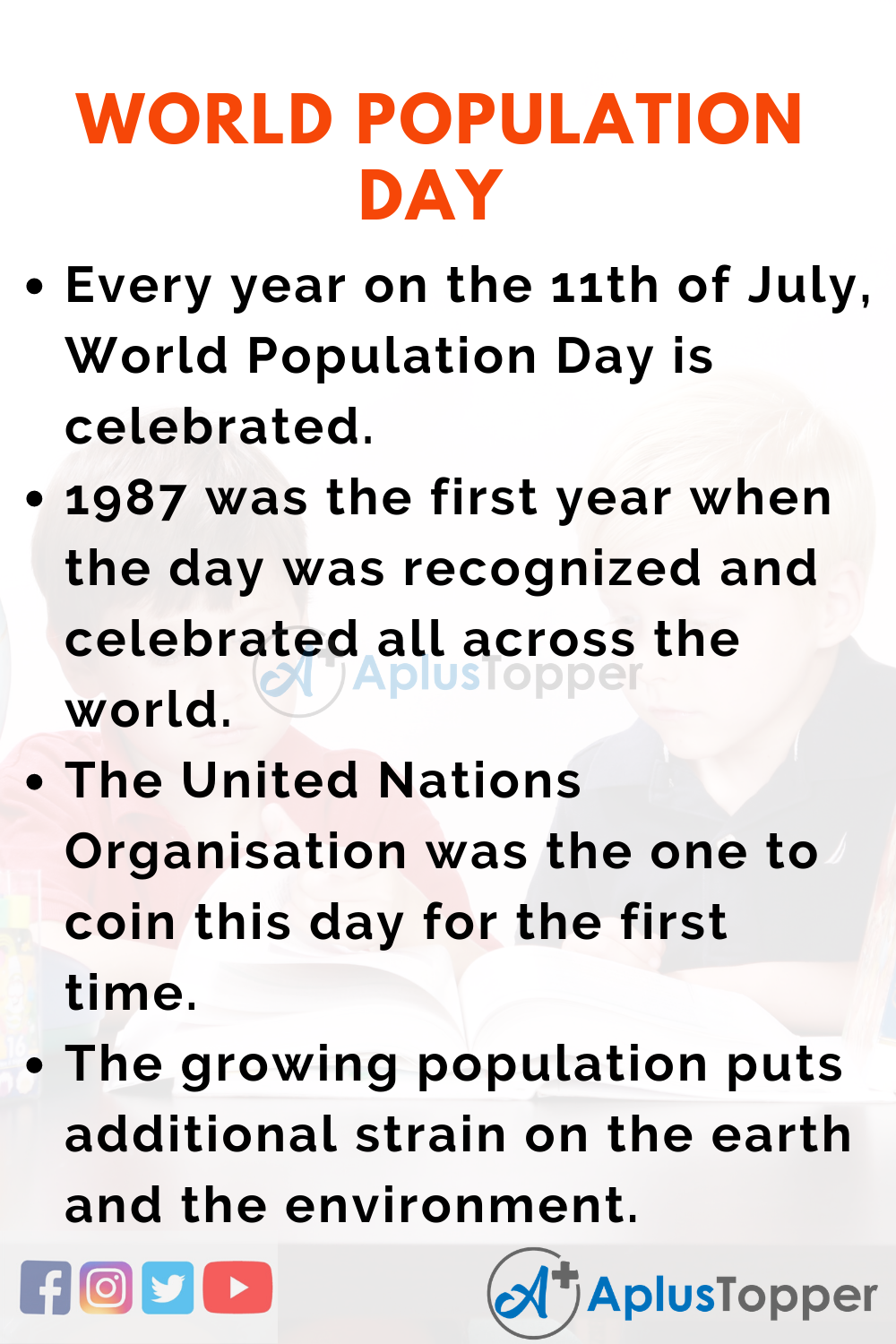 The 11th of July is celebrated as World Population Day. The day aims to popularize various measures that can contribute to toning down the Population growth rate in the world. The adverse situation of rapid population growth has been of immense concern. With every passing year, the number of people increases by many folds. Major health and well-being organizations strive to establish policies and schemes that will enable the population growth to remain within limits. Campaigns such as family planning, voluntary sterilization, and effective birth control measures are being applied to people worldwide. 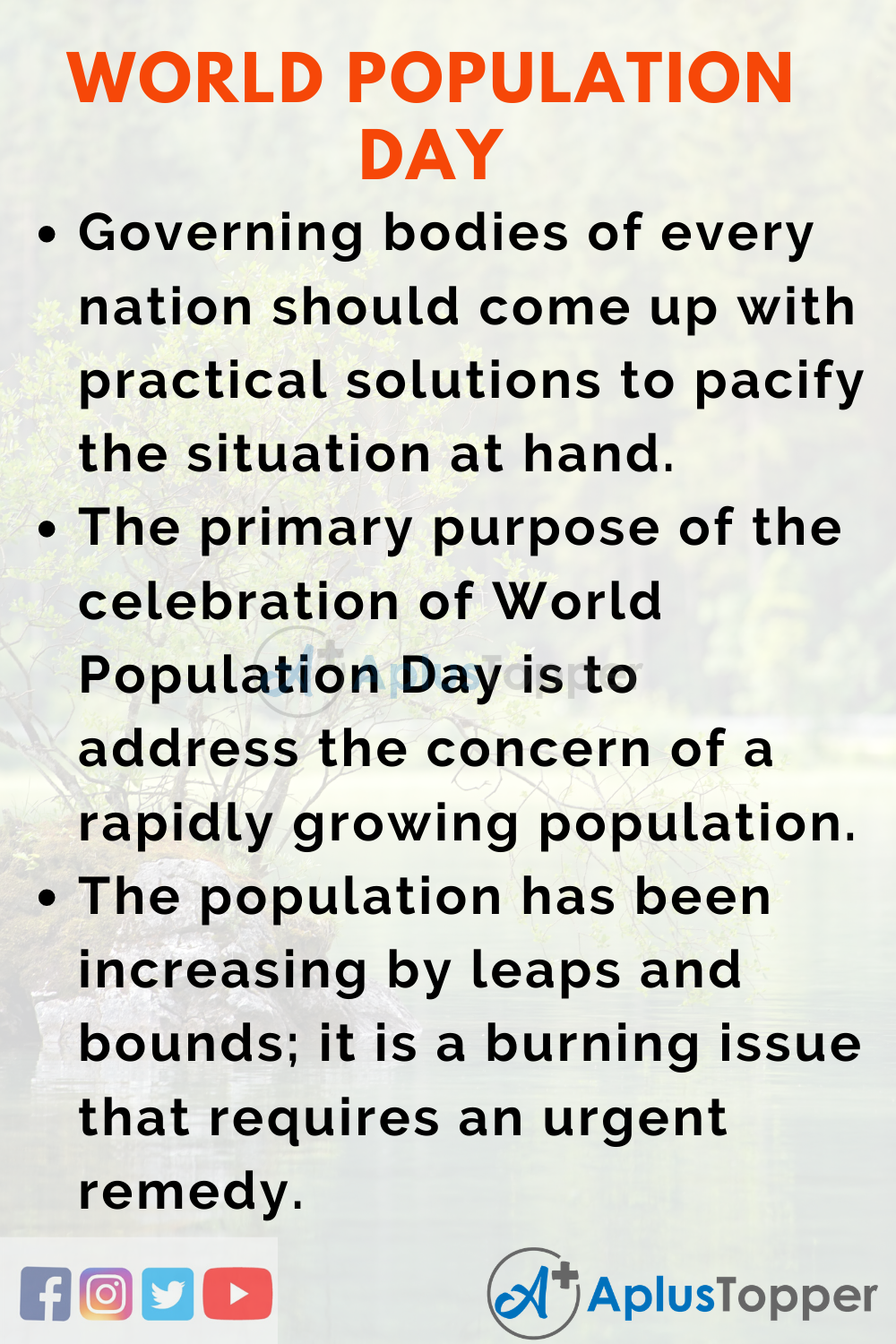 Answer:
World Population Day is celebrated to grab everyone’s attention over the immediate issue of the rapidly increasing population of the world and the adverse effects which it carries along with it.

Question 2.
How fast is the population of the world increasing?

Answer:
The rate of growth of the population all across the world is recorded to be 220,000 births per day (150 births per minute).

Question 3.
Should the population growth be kept within check?

Answer:
Yes. It is an urgent requirement to control and contain the population growth. The growth rate is fixed at a gigantic figure, and it should be brought down.