How do we convert nuclear energy into usable energy? 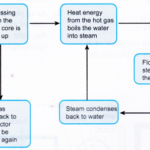 How do we convert nuclear energy into usable energy?At electrical power stations, turbines turn their rotors to produce electricity by electromagnetic induction. At a nuclear power station, the energy released by nuclear fission reactions is used to drive these turbines. As of year 2005, nuclear power provided about 15% of the world’s electricity. There are more … END_OF_DOCUMENT_TOKEN_TO_BE_REPLACED 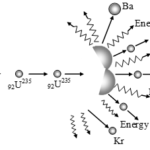 What is Nuclear Energy? Nuclear Energy:In alpha and beta decay, energy is released in the form of kinetic energy of the daughter nuclide and radioactive emission. This is known as nuclear energy. Nuclear energy comes from the loss of mass in a nuclear reaction. Two nuclear reactions that release a large amount of energy are nuclear fission and nuclear … END_OF_DOCUMENT_TOKEN_TO_BE_REPLACED