Mahatma Gandhi byname Mohandas Karamchand Gandhi was born in India on 2nd October 1869. He was, Indian lawyer, anti-colonial nationalist and political ethicist and a well-known freedom fighter who became the leader of the nationalist movement against the British rule in India.

Gandhi came to be known as the Father of the nation and is commonly known as Bapu in the country. Mahatma Gandhi is known globally for his non-violent protest (Satyagraha) to gain political and social progress. Rabindranath Tagore gave Gandhi the title of ‘Mahatma’ on 6th March 1915.

15 Slogans Of Mahatma Gandhi in English

Slogans are one-liners educating its audience about the topic. Mahatma Gandhi became a symbol and idol for the Indian population in their fight against the British rule in India. We are providing fifteen slogans to educate the audience about the Father of the nation, and his contribution to the country.

These one-liners intend to have a positive impact on its readers. These slogans will help impact the readers adequately. 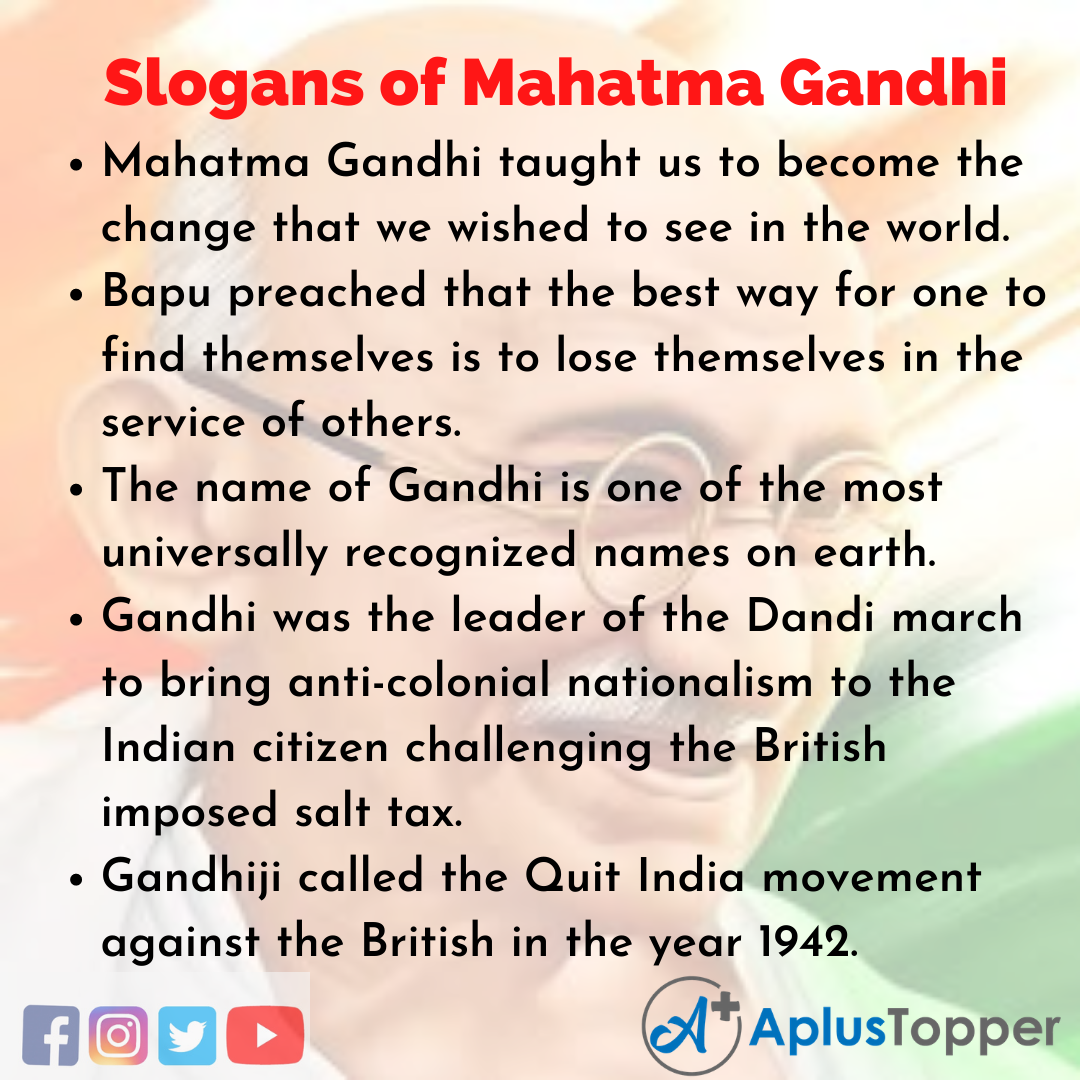 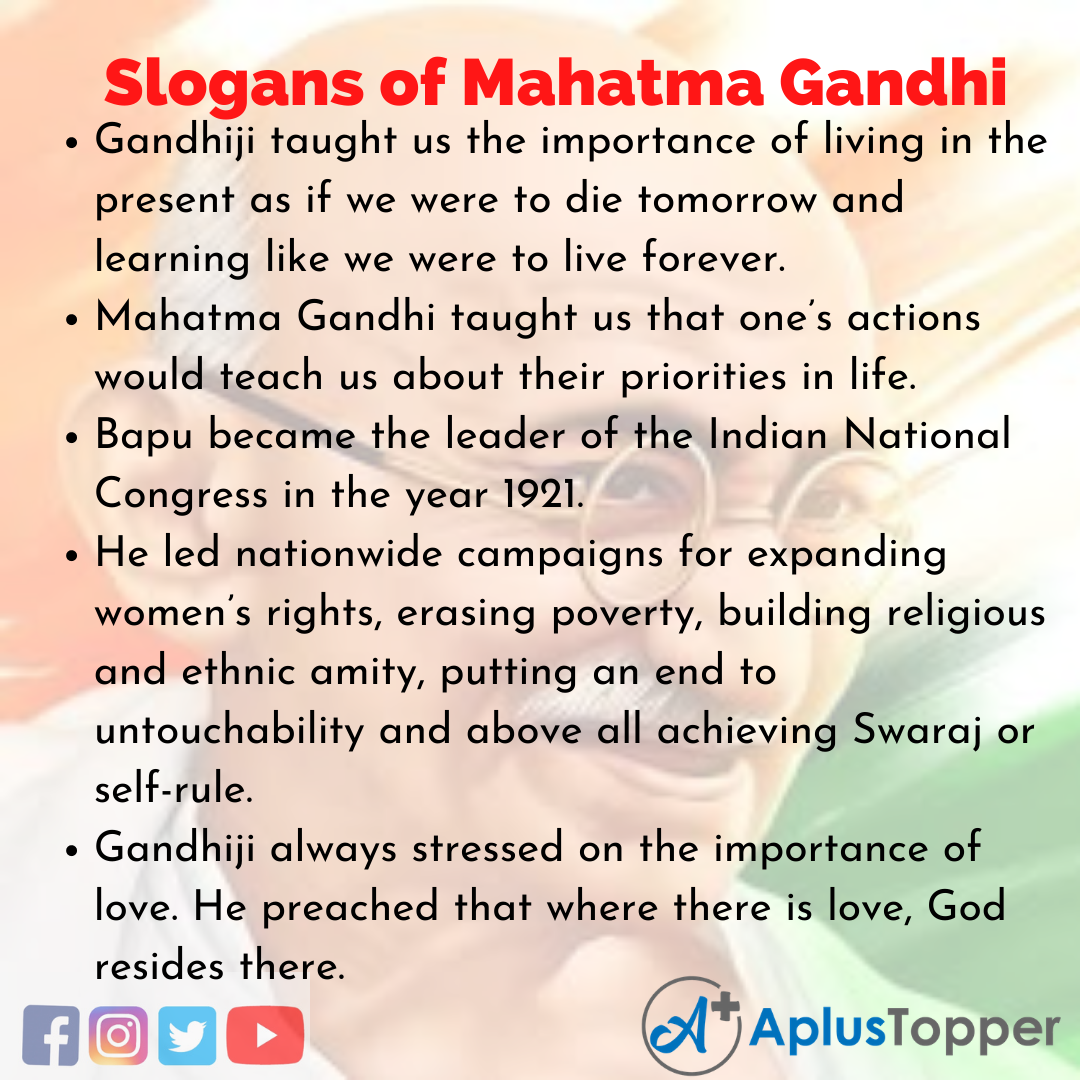 Question 1.
What did Mahatma Gandhi try to achieve with his activism?

Answer:
At first, Gandhi’s campaigns sought to combat the second class status received by the hands of the British Regime. However, eventually, they changed to goal after the year of World War II, turning their focus bucking the British Empire completely. Sectarian violence between the Hindus and Muslims in India marred the victory. It made it necessary for the creation of two independent states – India and Pakistan – against a single unified India.

Question 2.
Can Mahatma Gandhi be considered a good leader?

Answer:
Mahatma Gandhi was a visionary and very empowering leader. Gandhi was not an empowering leader just because he empowered and encouraged all Indians against the corrupt British economy in the Dandi March or the Salt March. Gandhi being the pioneer of non-violence, also taught the Indians to learn and understand non-violent resistance by non-violent civil disobedience.

Bapu was a visionary leader as he gave Indians a new idea of spirit, a sense of self-respect, and a feeling of pride in their civilization. He is a man of vision and a great statesman, something more than a politician.

Question 3.
What are a few lessons that we learn from Mahatma Gandhi?

Answer:
Gandhiji was one of the most outstanding leaders and freedom fighters the country of India had ever witnessed. His teachings and values are preached and practised throughout the world. Even after so many years of Mahatma Gandhi’s demise, his name has universal recognition, and his teachings still help us get through life. Following are a few life lessons that we learned from Bapu.