Slogans on Children’s Day: On the fourteenth day of November month of every year, Children's Day is celebrated in India. This day is also called Bal Diwas. After the Indian Independence, from 1959 till before 1964, Children's Day was celebrated on 20th November.After Jawaharlal Nehru's death, the Indian government and the people decided to celebrate Children's Day on Pandit … END_OF_DOCUMENT_TOKEN_TO_BE_REPLACED 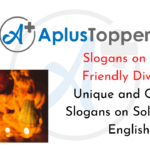 Slogans on Eco-Friendly Diwali: Diwali is a festival of lights, for which the entire nation awaits. It comes just after Dussehra and usually lasts for about five days. It is a festival that celebrates the triumph of light over darkness rather than good over evil. This year the day of light falls on the 14th of November, coinciding with Children's Day.By lighting diyas, this … END_OF_DOCUMENT_TOKEN_TO_BE_REPLACED 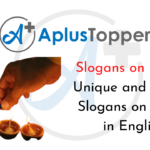 Slogans on Diwali: Diwali - the Indian festival of lights is celebrated for five days by Hindus, Jains and Sikhs all over the world. Celebrated during the Hindu Lunisolar month Kartika, Diwali is one of the most popular festivals of Hinduism. The festival symbolizes the victory of good over evil, light over darkness and knowledge over ignorance.Diwali is celebrated all over … END_OF_DOCUMENT_TOKEN_TO_BE_REPLACED 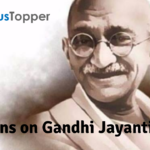 Slogans on Gandhi Jayanti: Indians celebrate the birth of Mahatma Gandhi on 2nd October every year, as Gandhi Jayanti. This day is celebrated to commemorate the birth of one of the greatest and prominent freedom fighters of India.Mohandas Karamchand Gandhi or popularly known as Mahatma Gandhi, led the freedom struggle to its end until finally, India was free of colonial … END_OF_DOCUMENT_TOKEN_TO_BE_REPLACED 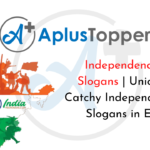 Independence Day Slogans: Independence Day in India is marked on 15 August to celebrate India's Independence from the British Empire on 15 August 1947. The celebration re-energizes the sentiments of nationalism, patriotism and love in Indian citizens, at the same time keeping them united in the national interest. It is observed as a national holiday in India and is one of the … END_OF_DOCUMENT_TOKEN_TO_BE_REPLACED