What is the Relationship between Electric Current and Potential Difference?

Relationship between Electric Current and Potential Difference Problems with Solutions 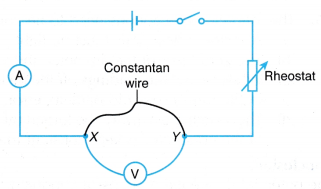 Conclusion:
The potential difference, V across a conductor increases when the current, I passing through it increases as long as the conductor is kept at a constant-temperature. The hypothesis is accepted.