Figure shows some objects around us that are elastic. 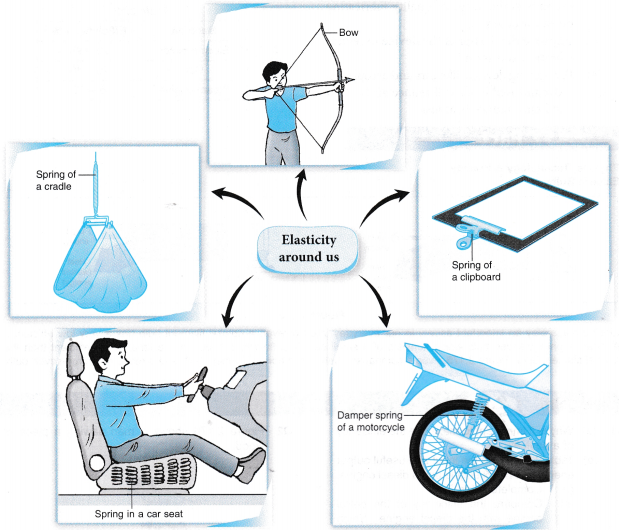 Elasticity is a property of matter that enables an object to return to its original size and shape when the forces that are acting on it are removed. Figure shows the elastic property of an object. 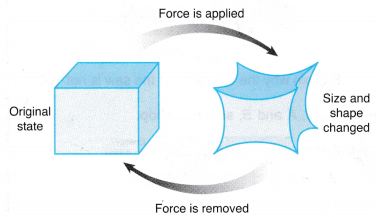 The elasticity of a solid is due to, the strong inter-molecular forces between the molecules of the solid as explained in Figure. 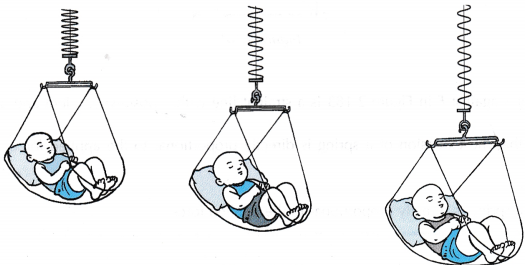 Hypothesis: The extension of a spring is directly proportional to the applied force.
Variables:
(a) Manipulated variable: Force
(b) Responding variable: Extension of the spring
(c) Fixed variable: Type of spring (The same spring is used throughout the experiment)
Operational Definition: The extension of a spring is defined as:
Extension, x = The length of the extended spring – The original length of the spring
Materials: Steel spring, slotted masses, holder of slotted masses, pin, plasticine.
Apparatus: Metre rule, retort stand with two clamps, G-clamp. 2. Based on the results in Table, the graph of x against F is plotted. 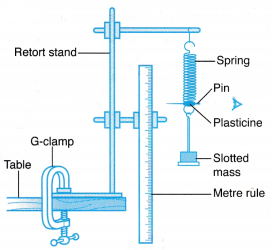 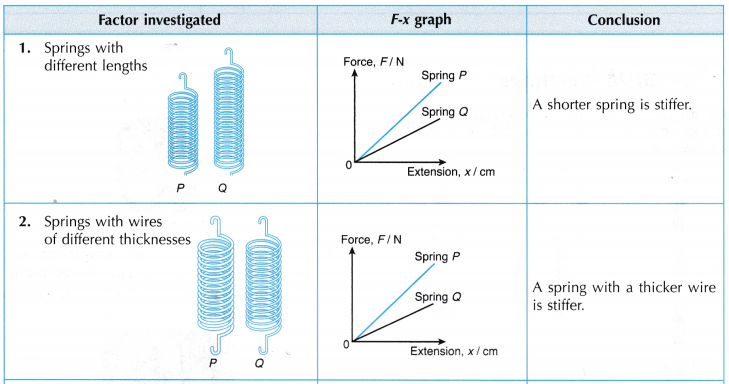