Slogans on Global Warming: The earliest records of temperature could be dated to 1880s, and ever since there has been a steady rise in the temperature graph. This is the effect of global warming. When human-induced factors drive global warming, and there is a considerable change in the weather phenomena, then it will be referred to as climate change, although many a time these two terms act interchangeably.

Warming up of the Earth is going on for a long time now, but the pace has shot up more, over the last hundred or so years. The factor working behind this is a large scale burning of fossil fuels and as the population keeps on increasing so does the quantity of fuel. The deforestation is another factor that contributes to global warming as well. Ever since the human civilisations have continued to grow, the demand for land has soared high, which leads to large scale tree felling.

The burnings lead to another phenomenon of the green-house effect. The trapped gases fail to move out of the atmosphere, and thereby the temperature of the Earth goes high. The working of several gases like carbon dioxide, carbon monoxide, water vapour is behind this effect. Such high temperatures cause the seawater to heat up and expand, and the quantity of water in the oceans rise; this phenomenon is the sea-level rise.

Slogans on Global Warming in English

We can feel the effects of global warming all around the globe, which, apart from the rising temperatures, include glacier melt, flooding of coastal areas, ocean acidification, etc. We can see widespread effects of global warming, and not only there are changes in the environment but also on the economy of any country. The ecosystem collapse is visible in the Arctic region or the Barrier Reefs.

In the current time, there is a universal loss of biodiversity. Extinction of several species is a widespread phenomenon in today’s time. Within the geographical boundary of India itself, four species of fauna and 18 species of flora have gone extinct. This includes the Indian cheetah, Sumatran Rhino. On the world scale species like the Chinese Paddlefish, Spix Macaw which was already a rare bird species have gone extinct due to global warming.

The glaciers continue to melt, as can be seen from the Thwaites glacier, which is a colossal glacier from Antarctica. Annually almost 30 glaciers vanish, which is no doubt very much threatening. This is such a hard hit reality that needs the spotlight immediately so that we can protect nature from further damage. If we fail to do so at the earliest, then the future generations will suffer from our lack of concern. 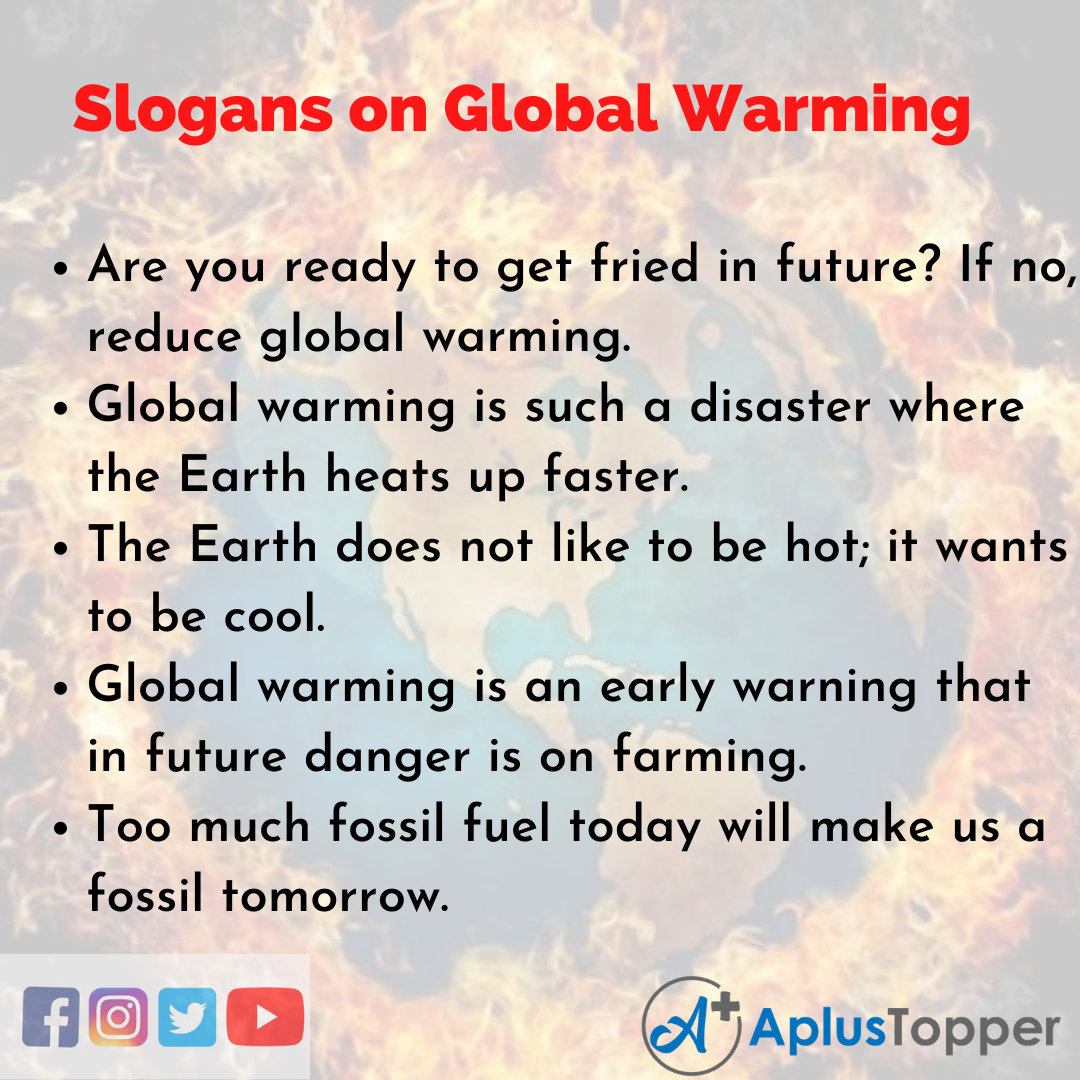 A slogan is a memorable one-liner that helps catch the attention of the public. Slogans work for promoting any brand or ideals that may be professional or personal. Such one-liners are easy to remember and help in fetching the notice of the audience. Many critical environmental movements like Chipko, World Environment Day or Plastic Ban uses several noticeable slogans that promote the movement.

Global warming is one such significant movement which requires the limelight so that we can take adequate measures for salvaging whatsoever is left of the environment. Given below are fifteen unique tag lines that you can use for spreading the word about protecting the atmosphere against global warming. You can resort to social media for circulating these messages. 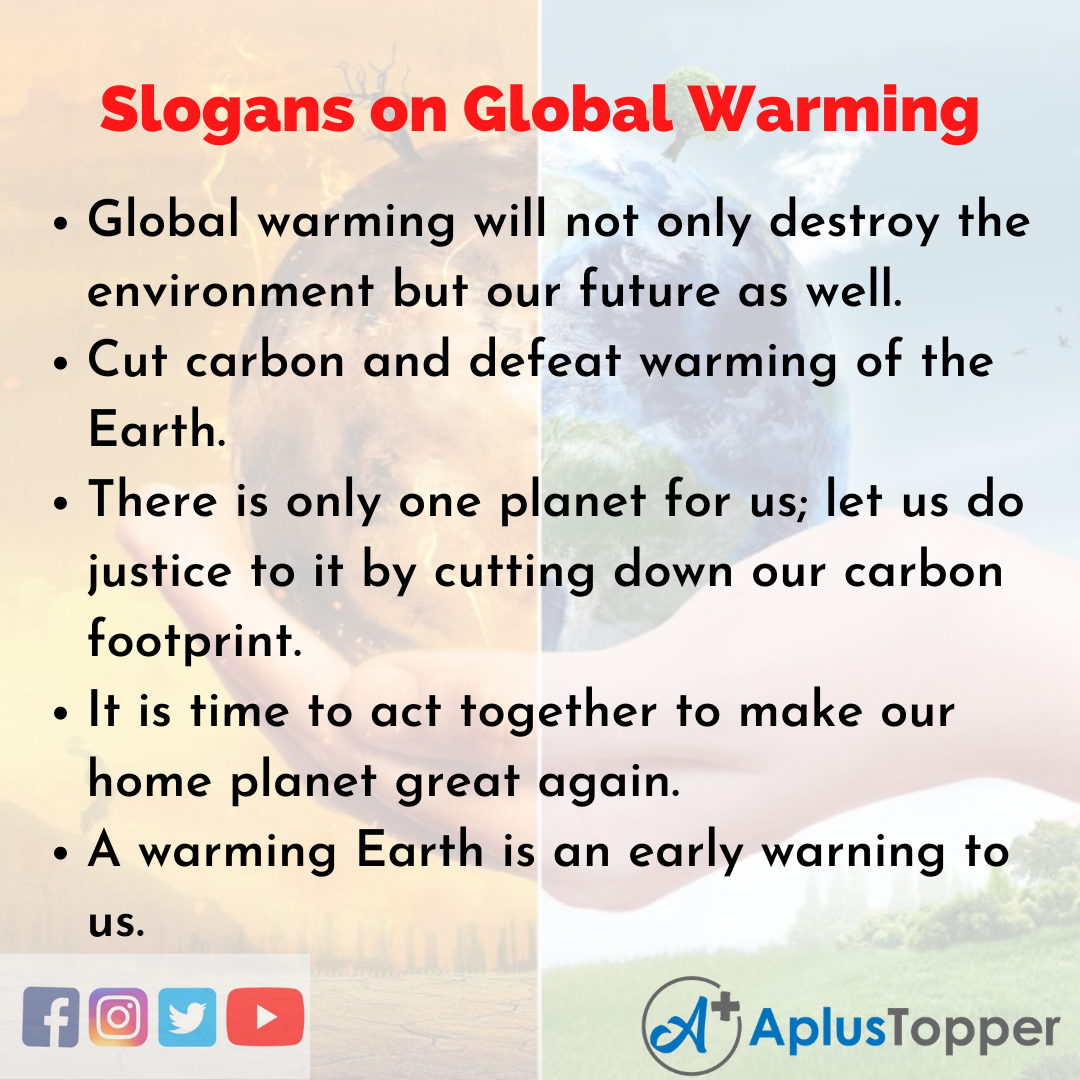