Mohandas Karamchand Gandhi or popularly known as Mahatma Gandhi, led the freedom struggle to its end until finally, India was free of colonial rule. Gandhi believed in concepts of non-violence and peaceful protests.

It is this non-violence concept that led to all Indians becoming freedom fighters directly or indirectly. Gandhiji was an ideal patriot, and he began the struggle for a free India. Even today, after so many years, what he did for the nation, is essential and relevant. In this article you can find Messages, Quotes, History,Slogans and Theme on Gandhi Jayanti

Slogans On Gandhi Jayanti In English

On his birthday, 2nd October, we remember and admire the strength he had shown through policies of non-violence. We celebrate Gandhi Jayanti to honour the efforts of the ‘Father of the Nation’. People also referred to him as Bapuji.

Gandhiji was also highly praised for his work towards fighting for the rights of native Africans, while he was in South Africa. He was able to show the entire globe that all enemies, however strong, can be fought without the involvement of any violence or bloodshed. Therefore the celebration of Gandhi Jayanti is essential to educate the mass about the tireless efforts of Gandhiji.

Slogans are an effective way of reaching out to the mass and gaining their attention on a particular subject. Slogans are a catchy group of words and phrases that also serve the purpose of educating the public about issues. Gandhi Jayanti is celebrated in schools, local clubs and all over the nation. Hence you can use these slogans in creating awareness about the efforts and works of Mahatma Gandhi. These will help in paying tribute to the Father of the Nation.

Provided we all must know how important the celebration of Gandhi Jayanti is, here are some slogans to celebrate the principles and policies of Bapuji 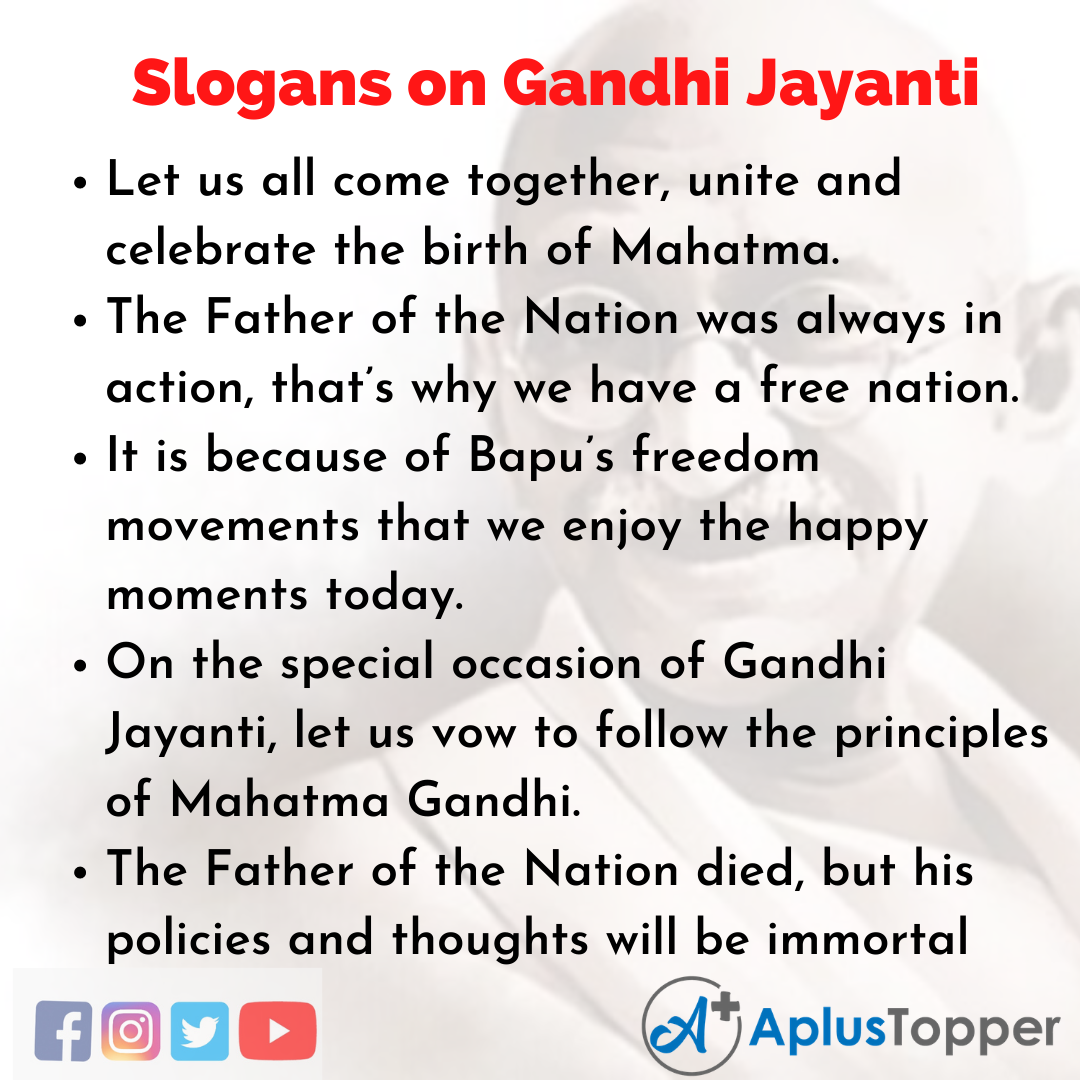