Slogans of Swami Vivekananda: Swami Vivekananda was an Indian Hindu monk. The man was a spiritual genius and the chief disciple of Ramakrishna, the 19th-century Indian mystic. Vivekananda had a commanding intellect and power with which he crammed immense labour and achievements in his short lifetime (1863 – 1902).

Swami Vivekananda was well known in India and America for his inspiring personality during the nineteenth century and the first decade of the twentieth century. The Indian unknown monk was the leading figure in introducing Indian Philosophy Yoga and Vedanta in the western world, also bringing Hinduism to the status of major world religion.

15 Slogans Of Swami Vivekananda in English

Slogans are one-liners intending to have a positive impact on its audience. Swami Vivekananda played a significant role in the revival of Hinduism in India, contributing to the concept of Indian Nationalism and using it as a tool to fight against the British Empire in colonial India.

We are providing fifteen slogans to educate the audience about the great Vivekananda and his contribution to our society. These slogans are adequate to impact the audience. 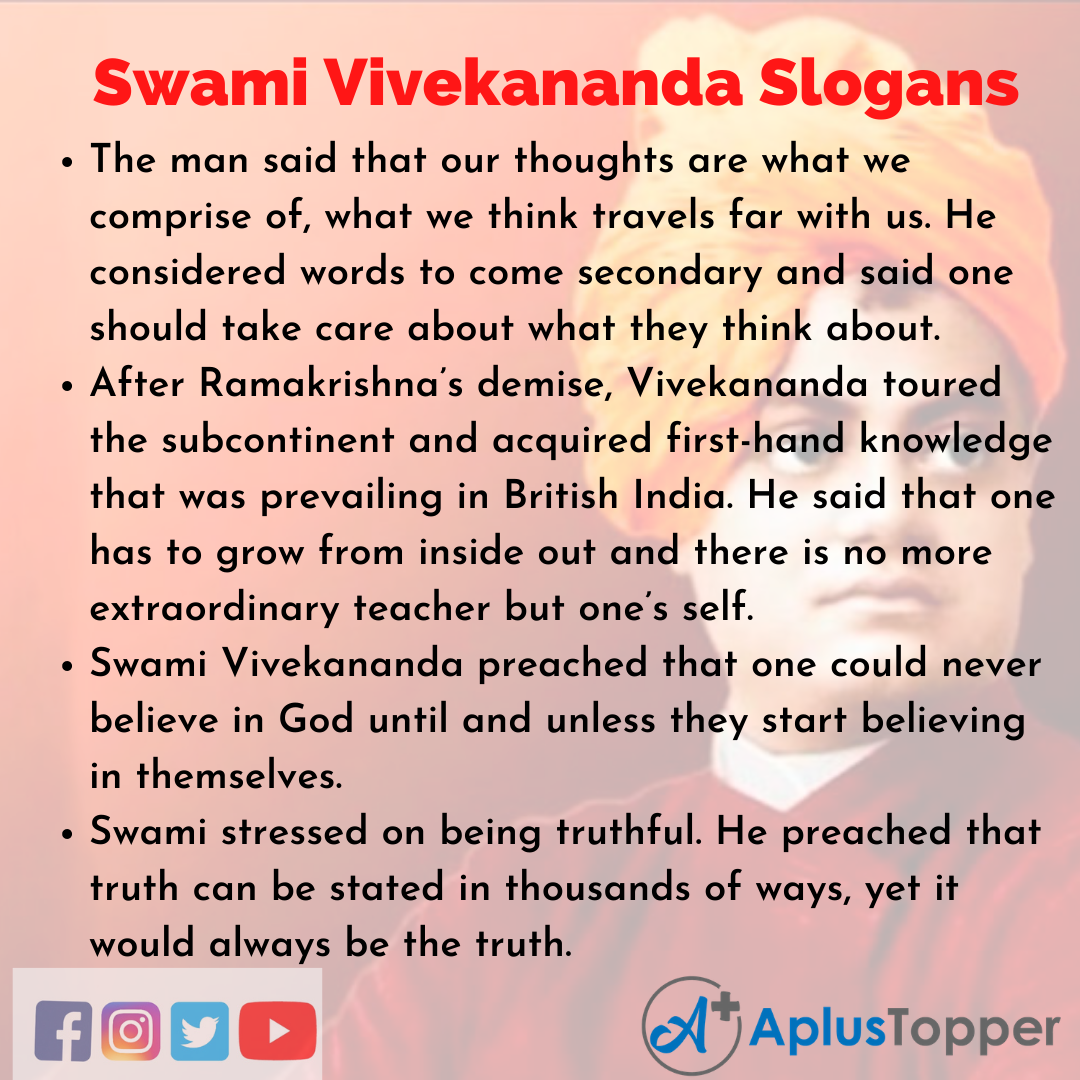 Question 1.
What has Swami Vivekananda taught us?

Answer:
A few lessons that we learned from Vivekananda are:

Question 2.
What did Swami Vivekananda define selfishness as?

Answer:
According to Vivekananda, selfishness is the devil that is incarnated in every man. Every bit of that person is the pure devil. Swamiji taught to take off the self from one side, and God will start entering from the other side. Once the entire self is gone, only God remains.

Swamiji has always stressed on the importance of love in life. He has also brought to light how selfishness can damage one’s inner consciousness and life as well.