Privatisation of Banks Advantages and Disadvantages: The term ‘Privatisation’ means the transfer of any business, company, firm, industry, or such service already existing in a society that is shifted from public to private ownership or control.

In other words, privatisation is the name given to the process where a government-owned business or operation is brought under the ownership by any private and non-government body.

Privatisation similarly describes the transformation of a company from being a publicly traded company to converting it into a privately held company.

Enterprises that the government themselves does not run include the majority of the private sector. Individuals can privatise any such company free from direct government ownership.

Private companies constitute the preponderance of firms in industries such as consumer discretionary or staples, banking or investment, information technology, manufacturing sectors, real estate, trade assets, and healthcare quarters in society. All these are examples of firms that We can privatize.

Privatisation is seen to be beneficial for the economy. Privatisation aids in keeping the consumer requirements the topmost cause for economic development. It also helps the government clear company debts and increases long-term jobs in the market.

In the year of 1969, the Government of India had nationalised a total of fourteen central private banks. One of which was the bank named Bank of India or BOI.

In the year 1980, again, the government nationalized six more private banks in India. These nationalized banks make up the majority of pawnbrokers in the Indian economy.

Also, the government would offload the majority stake held by the Centre in favour of private banks, which, in turn, would increase the engagement of PSBs in the exchange with minimum financial dependence on government funds.

This article aims to explain in great detail the following about the Privatisation of Banks: 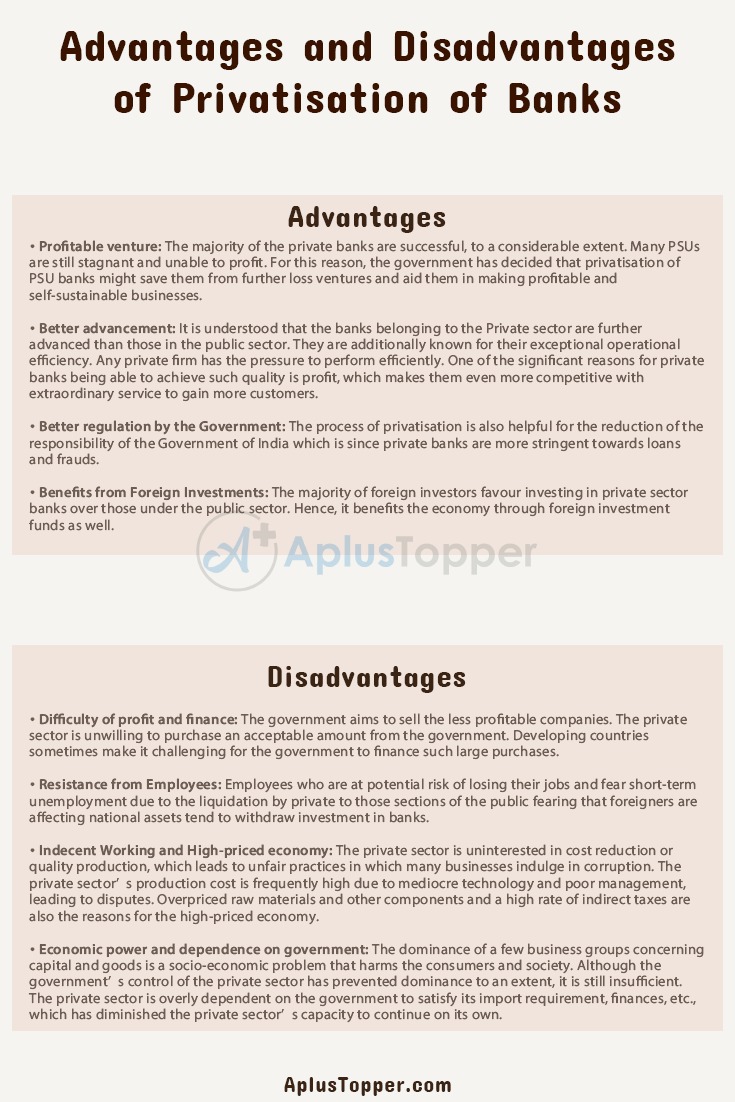 Advantages of Privatisation of Banks

Disadvantages of Privatisation of Banks 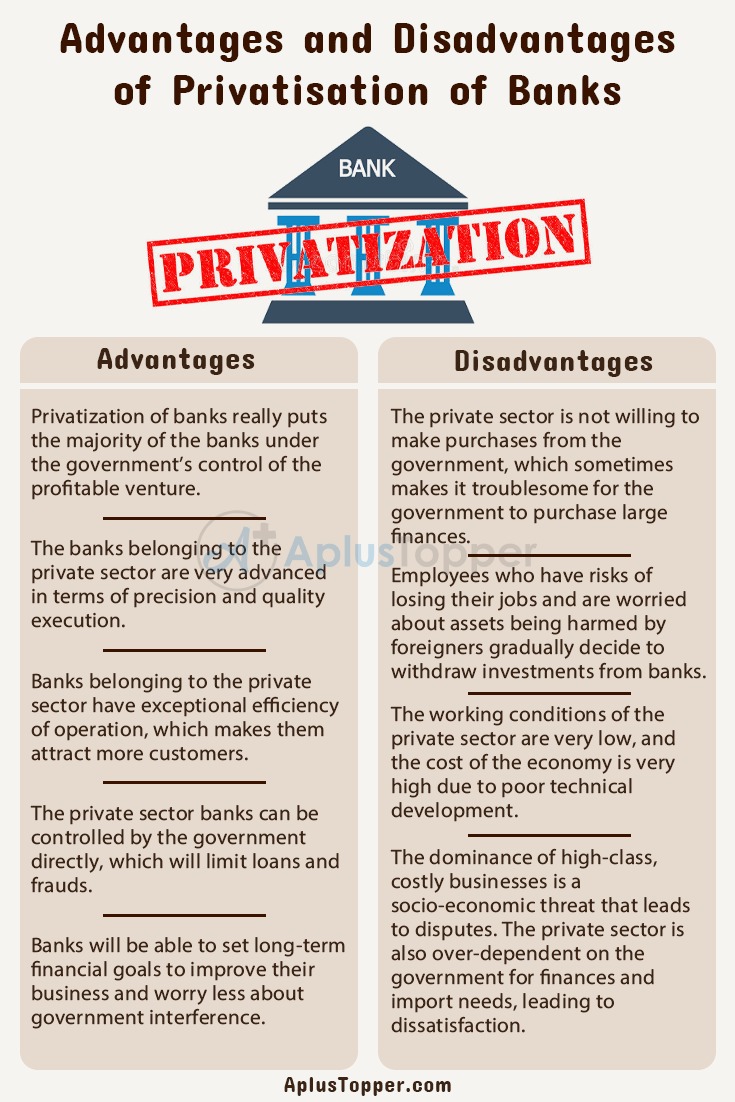 Comparison Table for Advantages and Disadvantages of Privatisation of Banks 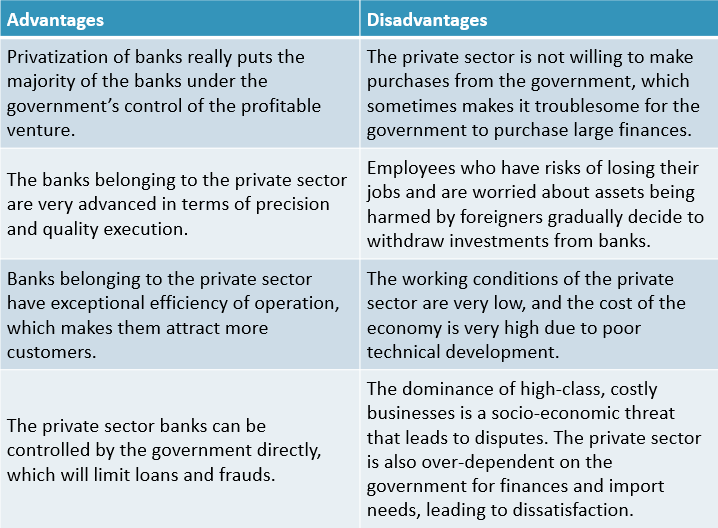 FAQ’s on Pros and Cons of Privatisation of Banks

Question 1.
What happens when a particular bank gets Privatised?

Answer:
When a private entity buys a particular bank, the government gets its capital in return. The gross amount of this capital depends on the current market’s condition and the bank’s internal strength, such as the number of branches it holds, customers, etc. In any of these cases, it cannot be lower than the current market capitalization.

Question 2.
Why does the privatisation of banks happen?

Answer:
Privatization describes how a particular bank moves from existing by the government to have private ownership.

It is usually to help the government save money and boost efficiency, where the private banks can move goods faster and with higher efficiency.

Question 3.
Which banks should the government privatize?

Answer:
Indian Overseas Bank and Central Bank of India are feasible banks for privatisation. The government has estimated ₹1.75 crores from the stake deals in public sector organizations and financial establishments during the current fiscal year, including one insurance company and two PSU banks.