Activity I: (Think and Respond)

Question 1.
What does the poet think of stammer primarily?
Answer:
The poet thinks primarily that stammer is not handicap. It is a mode of speech.

Question 3.
What, according to the poet, is a person doing when he stammers?
Answer:
When he stammers, he is offering a sacrifice to the God of meanings. When a whole people stammer, it becomes their mother tongue.

Question 6.
Pick out the lines you particularly like and discuss them with a partner.
Answer:
I particularly like the lines: “God too must have stammered when He created man.” These lines are pregnant with a lot of meaning. It means that God created man not when he was in a state of perfection but when he was in a state of imperfection. That is why man, who is supposed to be the highest creation of God is so imperfect, with so many defects. When the creator is not perfect the creature can’t be perfect too.

Talk to your partner and write down his/her response to the following questions.

Question 8.
Which comparison in the poem do you like the most? Why?
Answer:
I like the comparison of man’s prayers and commands to poetry. The words of man carry different meanings and so whatever he utters even his prayers and commands carry different meanings to different people. A poem has different meanings to different people. The poet may say something, but the reader interprets it in different ways. Even the Holy Books like the Bible, the Koran and the Gita are interpreted in various ways and that is why we have so many sects in each religion. The Catholics, the Protestants, the Anglicans, the Pentecost and so many other denominations of Christianity consider the Bible as their Holy Book. But they all give it a different interpretation! The same is the case with other Religious Books.

Question 5.
Read the notes of blogging in drugs?
With the help of your teacher create a class blog and upload your thoughts about this poem.
Here is a blog on the poem ‘Stammer’ by K. Satchidanandan:
Answer:
20 June 2015/Class Xll-A Don Bosco UK
We read the poem Stammer by K. Satchidanandan intensely and had some elaborate ’discussions on its theme, content and message. The poem is not easy to understand because of its highly complex imagery. But once we get to know its meaning properly, we begin to realize how profound the ideas are. Stammer, Satchidanandan asserts, is a language in itself.

The question whether stammer came before the language or after it is highly amusing. We are reminded of the joke attributed to the late EMS Namboothiripad, who used to stammer. One interviewer asked him if he stammered always. EMS Namboodiripad replied, “Not always; only when I speak.” The interviewer asked the question because there is a feeling that fear, stage fright, suppressed emotions, etc. trigger stammer.

Satchidananda does not seem to give much honour to God because he has said that perhaps He even stammered when He created man. God is reputed to be omnipotent and one can’t imagine that God can stammer. The poet thinks that man is so imperfect and full of vile may be because God stammered while creating man. We agree with the poet in his verdict,

Satchidanandan has the knack of hitting the head on the nail. He speaks great things using just a few words. An ordinary person might have taken a whole lengthy essay to say what Satchidanandan has said in a few short lines. The poet’s insight and imagination are extraordinary. The poem opens our eyes and we start seeing ‘stammer’ in a different perspective.

→ Comments on the Blogs:

The Kid
I quite agree with Ammu, the blogger, that The Kid is a must watch and it will lift one’s spirit. It does make us smile, laugh, cry, empathise, sympathize and teach us there are great pleasures in the small things of life. Jackie Coogan and Charlie Chaplain have done a wonderful job and the film will remain a classic and will be enjoyed by generations of viewers.

But I quite disagree with Ammu when she severely criticises our current idea of fun and comedy. She thinks people today enjoy only dirty jokes, sarcasm and some kind of racial, religious or dark sense of humour. Ammu should realize that The Kid was made in 1921 and soon it will be century since its release. Our sense and sensibilities have changed. Naturally our humour sense also has changed. Making a kid throw stones at glass windows and breaking them and a tramp coming after the boy to repair the windows and collect money from the owners was humorous in 1921. With the present CCTV, such things are no more possible, and not funny anymore. Film-makers have to look for newer things, and fresh ideas to wrench laughter from the audience. So I feel we should be more sympathetic to the modern film makers.

→ Why We Need Solitude:

Gabby Salazar’s blog makes fine reading as he has told us some profound truths. This blog reminds me of the great pronouncement in our Vedantic Sanatana Dharma which says ‘Tatwamasi’. It means That Thou Art’. Put it simply it means ‘You are that’. We look for God in Temples, Mosques, Churches, Gurudwaras and Synagogues. But God is in us and we don’t have to go to any place to find God. Just look inward.

Gabby has rightly said that you don’t have to go to mountain peaks or into deep jungles or into wildest wilderness to get solitude. You can get it even in your home and its surroundings. If you are a bit away from distracting noises, you can create the solitude you want. In that solitude you can have your conversation with your soul – the spark of God in you.

There is a joke about a couple who were always quarrelling and fighting at home. Finally they decided to go abroad and spend some days to have a change of scene. They thought that might bring them peace. They booked into a 7-star hotel. There, they started fighting! The idea is that wherever you go you carry your mind. It is the mind that matters and not the place or the people. You can feel sorry even in heaven because you are given a backseat there!

Solitude is close by. Leam to find it. We need it and it is not at difficult to get. Gabby has made a fine point.

Question 1.
Read the following lines from the poem ‘Stammer’ and answer the questions given below.
“When a whole people stammer Stammer becomes their mother tongue Just as it is with us now.”
a) Identify the speaker of these lines.
b) What attitude of the poet is revealed here?
c) What does the poet mean by ‘Stammer’ here?
Answer:
a) The poet – K. Satchidanandan
b) The attitude the poet has is that we all stammer because it has become our mother tongue. It means we are not able to tell the truth freely. We are afraid to open our minds.
c) Stammer here means silence against burning social issues. We are afraid to open our mouths and speak our thoughts freely.

Question 2.
A counselling class has been arranged at your school as part of the Health Club programmes. When asked, the counsellor shared the view that stammer is a handicap like any other deformities. What are your comments? Prepare a short paragraph focusing on the poem ‘Stammer’ you have studied.
Answer:
I don’t agree with the counsellor who thinks that stammer is a handicap like any other deformity. Stammering is a speech disorder in which the flow of speech is disrupted by involuntary repetitions and prolongations of sounds, syllables, words or phrases as well as involuntary silent pauses or blocks in which the person who stammers is unable to produce sounds. The term stammering is most commonly associated with involuntary sound repetition.

It also means the prolongation of certain sounds, usually vowels or semivowels. According to experts “stammering is a disorder of selection, initiation, and execution of motor sequences necessary for fluent speech production.” For many people who stutter, repetition is the primary problem. Stammer is curable with speech therapy and so it can’t be considered as a deformity like lameness or deafness.

In the poem ‘stammer’ has a figurative meaning. Here stammer is the silence that the society keeps even when social evils are rampant. As the people are afraid of the reaction of certain sections they tend to turn’ aiblind eye even to the malpractices that are going in the society. In the poem, stammer is the sign of cowardice or pusillanimity.

Question 3.
A brief bio sketch of K Satchidanandan, the famous Indian writer is given below:
Now prepare four questions based on the passage, to interview him.
K Satchidanandan is an Indian poet writing in Malayalam and English. He is known as a pioneer of modern poetry in Malayalam. He is also a critic, columnist, translator and the former secretary of the Kendra Sahitya Academy.
As an intellectual upholding secular democratic views, he supports causes like environment, human rights and free software. His lectures and articles on issues concerning contemporary Indian Literature are thought-provoking. He was shortlisted for the Nobel Prize for Literature in 2001.
Answer:
a) Sir, we know that you were a Lecturer in the English Department of Christ College, Irinjalakuda. How or why did you leave the college?
b) We understand that you were shortlisted for the Nobel Prize for Literature in 2001. But then it was given to V.S. Naipaul. How did it happen?
c) Have your secular democratic views caused you any losses or inconveniences?
d) What would be your advice to the youth of today?

Question 4.
Following are the questions posed to K Satchidanandan, the famous Indian poet in a recently conducted interview held at Trivandrum.
a) What inspired you to write the poem’ stammer’?
b) Do you think that the theme of the poem is still relevant?
c) Why did you use plain simple language in this poem?
Imagine yourself to be in the shoes of Satchidanandan. Suppose you were to answer these questions what will you say? Prepare the responses.
Answer:
a) I wrote ‘Stammer’ because I found the majority in the society preferred to keep silence even when atrocities were going on in the society. I felt as if people were becoming cowardly and were unwilling to face opposition. It is a tragic situation.

b) I feel the theme of the poem is more relevant today. The Indian society is getting fragmented into groups. Religion is becoming a very crucial issue. All religions teach love, but some fanatics teach violence. This is a matter of great concern for the unity of the country. Our strength is our diversity.

c) My language may look simple but I have packed a lot of meanings into it. Moreover as I am writing mainly for the Indian audience, I have to be mindful of their ability to understand a foreign language.

Stammer (Poem) About The Author 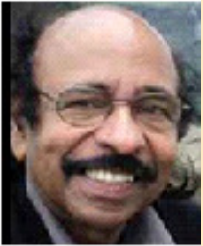 K. Satchidanandan was bom in 1946 in Pulloot, a village in Thrissur district. He writes in Malayalam and English. He is known as a pioneer of modern poetry in Malayalam. He is a critic, literary columnist and a translator. He was the Secretary of Sahitya Akademi. He is secularist. He supports causes like environment, human rights and free software. He was shortlisted for Nobel Prize for literature in 2011. 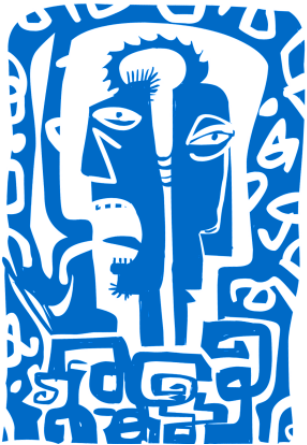 Lines 8-13: Did stammer come before language or after it? Is it only a dialect or a language itself? These questions make the linguists stammer.

Line 14-19: Each time we stammer we are offering a sacrifice to the God of meanings. When a whole people stammer, it becomes their mother tongue, just as it is with us now.

Lines 20-26: God too must have stammered when He created man. That is why all the words of man cany different meanings. That is wjjy everything he says, from his commands to his prayers, stammers, like poetry. 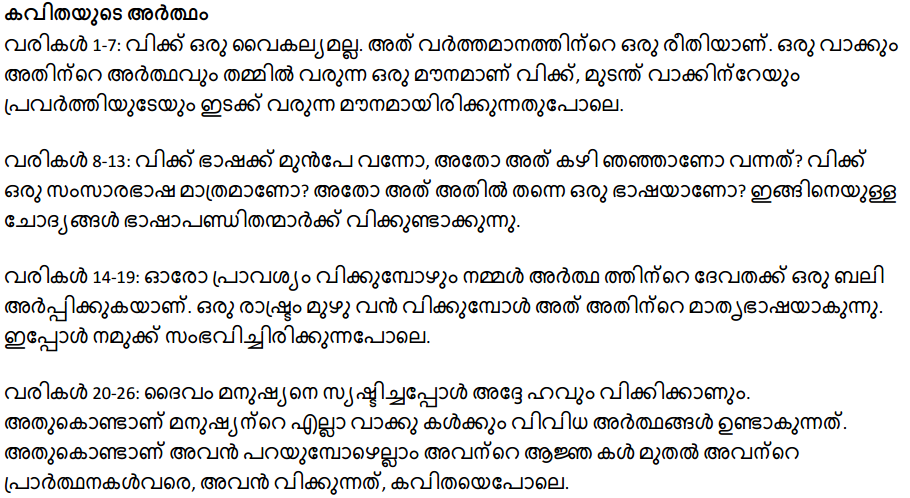 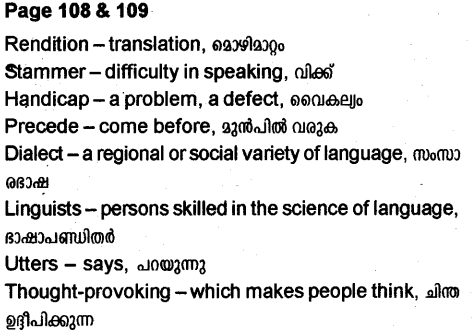