Kerala Plus One Chemistry Improvement Question Paper say 2018 with Answers

Question 1.
Name the quantum number which gives the spatial orientation of an orbital with respect to standard set of coordinate axes.
Answer:
Magnetic Quantum Number (m)

Question 4.
Examine the following graph and name the gas law corresponding to it.

Question 5.
If Z-axis is the internuclear axis, name the type of covalent bond formed by the overlapping of two Py orbitals.
Answer:
π bond or Pπ – Pπ bond

Question 7.
Write the formula of the basic structural unit of silicates.
Answer:
SiO44-

Question 9.
Draw the ‘sawhorse’ projections of the eclipsed and staggered conformations of ethane.
Answer:

Question 11.
State and illustrate the law of multiple proportions.
Answer:
When two elements combine to form more than one compound the fixed mass of the element combined with the other bear a simple whole number ratio.

Question 15.
Define the terms, Biochemical Oxygen Demand (BOD) and Eutrophication.
Answer:
The amount of oxygen required by bacteria to breaking the organic matter present in a certain volume of a sample of water is called Biochemical oxygen demand.

Eutrophication: The nutrient enriched water bodies support a dense plant population which kills animal life by depriving it of oxygen and result in subsequent loss of biodiversity is known as Eutrophication.

Question 16.
Give the chemical equation for the conversion of hexane to benzene. Write the name of the process.
Answer:
n hexane → benzene process is called aromatization or reforming.

Question 18.
What is metamerism? Write the metamers of C4H10O.
Answer:
Metamerism is a type of structural isomerism seen among ketones and ethers. It is due to the difference in the number of carbon atoms on both sides of the functional group.
eg. C4H10O
CH3-O-CH2-CH2-CH3
CH3-CH2-O-CH2-CH3

Question 19.
What are zeolites? Give any two uses of zeolites.
Answer:
Zeolites are Sodium Alumino Silicate.
Uses: 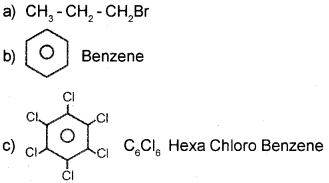 ii) Decomposition reactions are opposit of combination reactions. It involves breakdown of a compound into two or more components at least one of which must be in the elemental state.

Question 23.
Enthalpies of formation of some compounds are given below:

Question 24.
Sketch the structures of graphite and diamond. What is the impact of structure on physical properties of these allotropes?
Answer:
Structure of a diamond and graphite

Diamond: Due to Sp3 hybridisation c forms four bonds with other four C and this makes diamond hard. There is no free electron to carry current in diamond. So it is a non conductor.

Graphite: Its structure is hexagonal layers. These layers can slip over one another, this makes graphite slippery in nature. Due to SP2 hybridisation can form only three bonds with other three carbon. One electron is free to carry current. This makes graphite a conductor.

c) Metallic Hydrides are formed by d block and f block elements. These are conductors of heat and electricity. Group 7, 8 and 9 do not form hydrides and it is called hydride gap. 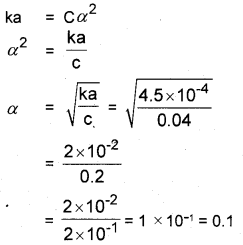 Question 31.
What is ‘sodium fusion extract’? How the presence of N, S and halogens in organic compounds are detected?
Answer:
A little amount of organic compound is mixed with metallic sodium and heated in a small ignition tube. When it becomes red hot it is plunged into little water taken in a China dish and boiled. This solution is filtered and is known as sodium fusion extract. 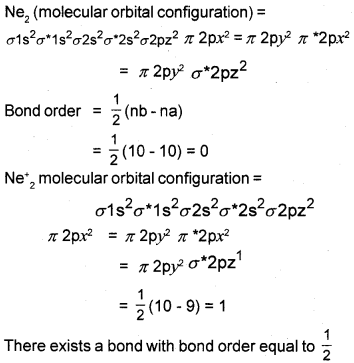 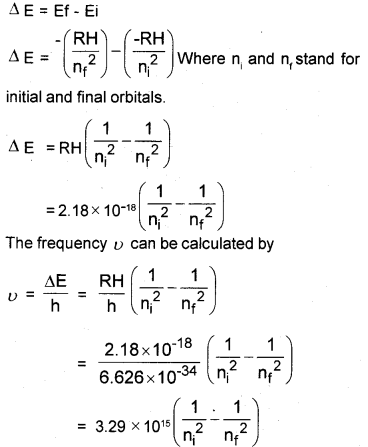 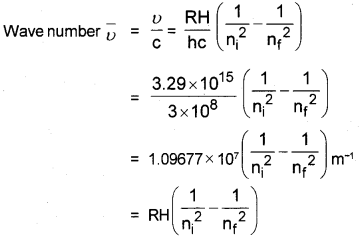 Plus One Chemistry Previous Year Question Papers and Answers