Question 1. State which pairs of triangles in Figure are similar. Write the similarity criterion used by you for answering the question and also write the pairs of similar triangles in the symbolic form: 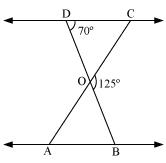 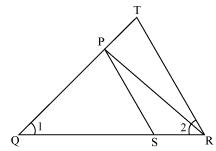 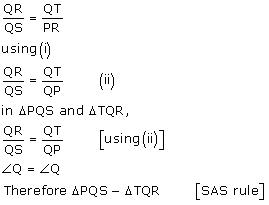 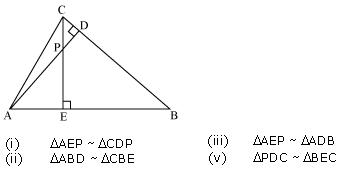 
Question 8. E is a point on the side AD produced of a parallelogram ABCD and BE intersects CD at F. Show that ΔABE ~ ΔCFB.


Question 9. In figure, ABC and AMP are two right triangles, right angled at B and M respectively, prove that: 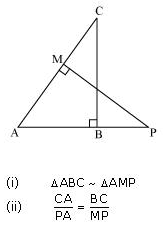 Question 11. In the following figure, E is a point on side CB produced of an isosceles triangle ABC with AB = AC. If AD ⊥ BC and EF ⊥ AC, prove that ΔABD ~ ΔECF. 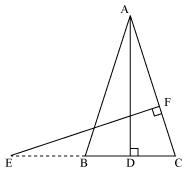 
Question 12. Sides AB and BC and median AD of a triangle ABC are respectively proportional to sides PQ and QR and median PM of ΔPQR (see Fig 6.41). Show that ΔABC ~ ΔPQR.

Median divides opposite side. 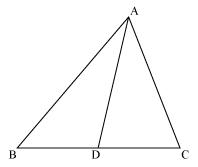 
Question 14. Sides AB and AC and median AD of a triangle ABC are respectively proportional to sides PQ and PR and median PM of another triangle PQR. Show that ΔABC ~ ΔPQR.

Question 15. A vertical pole of a length 6 m casts a shadow 4m long on the ground and at the same time a tower casts a shadow 28 m long. Find the height of the tower.

Let AB be a tower
CD be a pole
Shadow of AB is BE
Shadow of CD is DF
The  light rays from sun will fall on tower and pole at same angle and at the same time.
So, ∠DCF = ∠BAE
And ∠DFC = ∠BEA
∠CDF = ∠ABE        (tower and pole are vertical to ground)
Therefore ∆ABE ~ ∆CDF

So, height of tower will be 42 meters.

Question 16. If AD and PM are medians of triangles ABC and PQR, respectively where ΔABC ~ ΔPQR prove that AB/PQ = AD/PM. 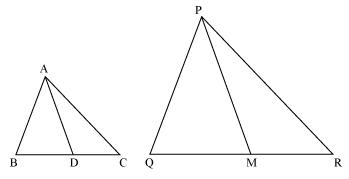 Since ∆ABC ~ ∆PQR
So, their respective sides will be in proportion

So, we had observed that two respective sides are in same proportion in both triangles and also angle included between them is respectively equal
Hence, ∆ABD ~ ∆PQM             (by SAS rule)