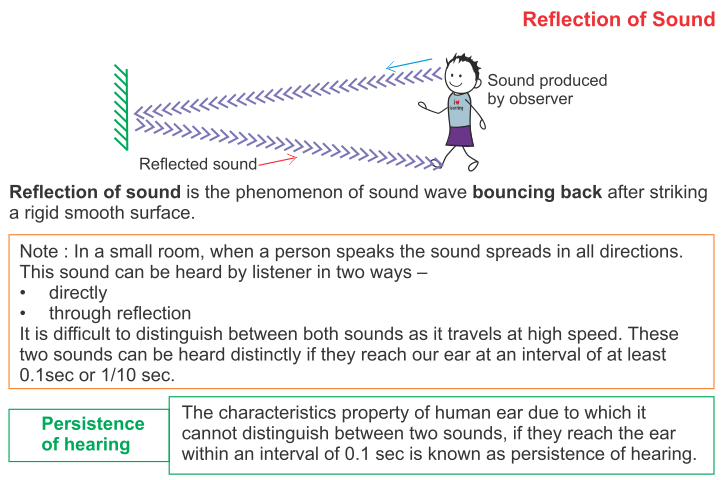 REVERBERATION
The repeated reflection that results in the persistence of sound in a large hall is called reverberation. 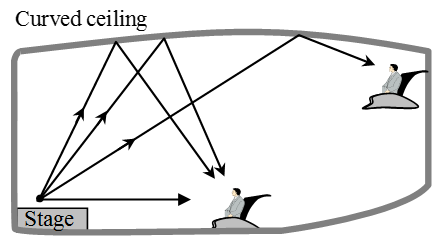 Excessive reverberation in any auditorium/hall is not desirable because the sound becomes blurred and distorted. The reverberation can be minimised/reduced by covering the ceiling and walls with sound absorbing materials, such as, fiber-board, rough plaster, draperies, perforted cardboard sheets etc. Some simple devices based on multiple reflection of sound are,

Stethoscope: Stethoscope is a medical diagnostic instrument based on multiple reflection of sound waves. This is used by doctors for listening to the sounds produced inside the body, particularly in the heart or lungs.

Megaphone: Megaphone is a horn-shaped tube. Megaphones are used for addressing a small group of people.
Speaking tube is a hollow tube– one end is the speaker’s end, whereas the other one is the listener’s end.
In these devices, the sound waves suffer reflection repeatedly and the energy of the waves remains confined to the tube. The sound waves are prevented from spreading out.

It is for this very reason that loudspeakers also have horn-shaped opening.

Ear Trumpet (or Hearing Aid): Ear trumpet or hearing aid is used by the persons who are hard of hearing. The sound waves received by the wide end of the trumpet are reflected into a much narrower area, leading it to the ear. This increases amplitude of the vibrating air inside the ear and helps in improving hearing. 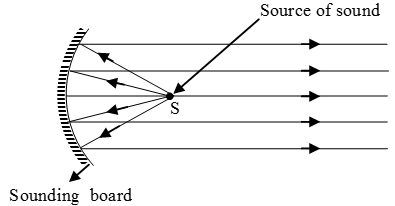 The sound board prevents the spreading out of the sound waves in different directions.