An object is said to be a point object if it changes its position by distances which are much greater than its size. A point or some stationary object with respect to which a body continuously changes its position in the state of motion is known as origin or reference point.

There are different types of motion: translational, rotational, periodic, and non periodic motion.

Examples of translational motion: a child going down a slide.

Periodic Motion
A type of motion that repeats itself after equal intervals of time is called periodic motion. Examples of objects undergoing periodic motion are the to and fro motion of a pendulum, the Earth (rotating on its axis), the hands of a clock, the blades of a rotating electric fan, and the plucked string of a guitar.

According to State of Motion 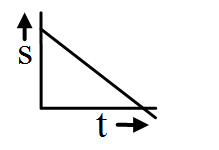 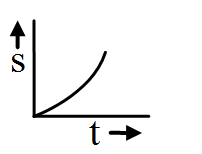 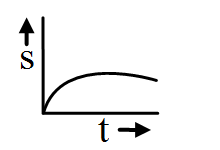 For the body having constant velocity or zero acceleration. 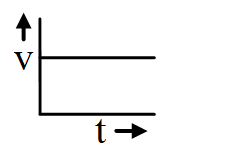 The body is moving with constant retardation and its initial velocity is not zero.

The body is accelerated and the initial velocity is zero. 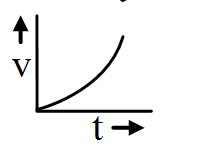 The body is decelerated

Acceleration is increasing and is +ve

Acceleration is decreasing and is –ve 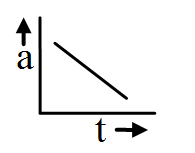 Example 1. A boy skated along a straight line passing by two points, P and Q. His time, t and displacement, s from point P is shown in Figure.

From the information given, draw the
(a) s-t graph
(b) v-t graph
Solution: 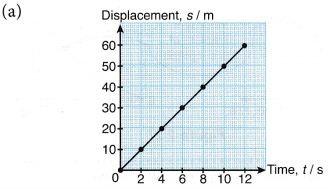 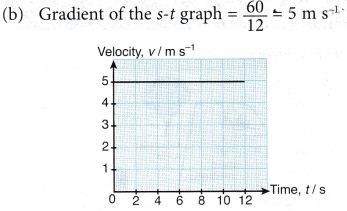 Example 2. Azlan cycled along a straight road. The graph in Figure (b) illustrates his motion. 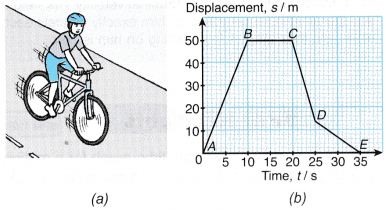 Example 3. Figure shows a huge crane hoisting a steel beam from the ground. The v-t graph shows the motion of the beam in the first 9 s. 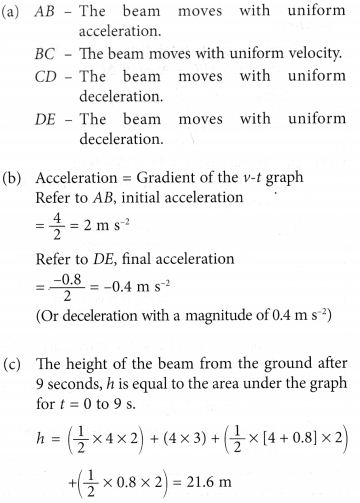 Example 4. The v-t graph in Figure shows the motion of a mine cart on a straight railway. 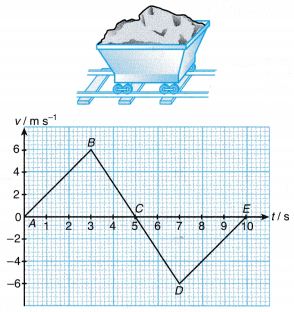 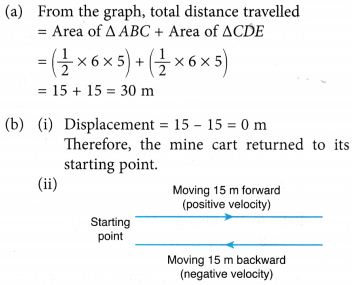