Independence Day Slogans 2022: Independence Day in India is marked on 15 August to celebrate India’s Independence from the British Empire in 15 August 1947. The celebration re-energizes the sentiments of nationalism, patriotism, and love in Indian citizens, at the same time keeping them united in the national interest. It is observed as a national holiday in India and is one of the most notable events in the country. It is a celebration of victory, to relish in the glory of freedom, but also to commemorate and honour those who have put their lives in the service of the country.

Slogans on Independence Day in English

Independence Day is fervently celebrated all over India with respect to the Nation and also the freedom fighters. The country memorializes those who have sacrificed their all so that we breathe in free air. The day invokes nationalism and patriotism throughout the public, irrespective of their demographic diversity.

Every Indian observes it all over India with flag-hoisting ceremony, military parades and various cultural events. Teachers and students especially celebrate this event in the schools, colleges and other educational institutions. 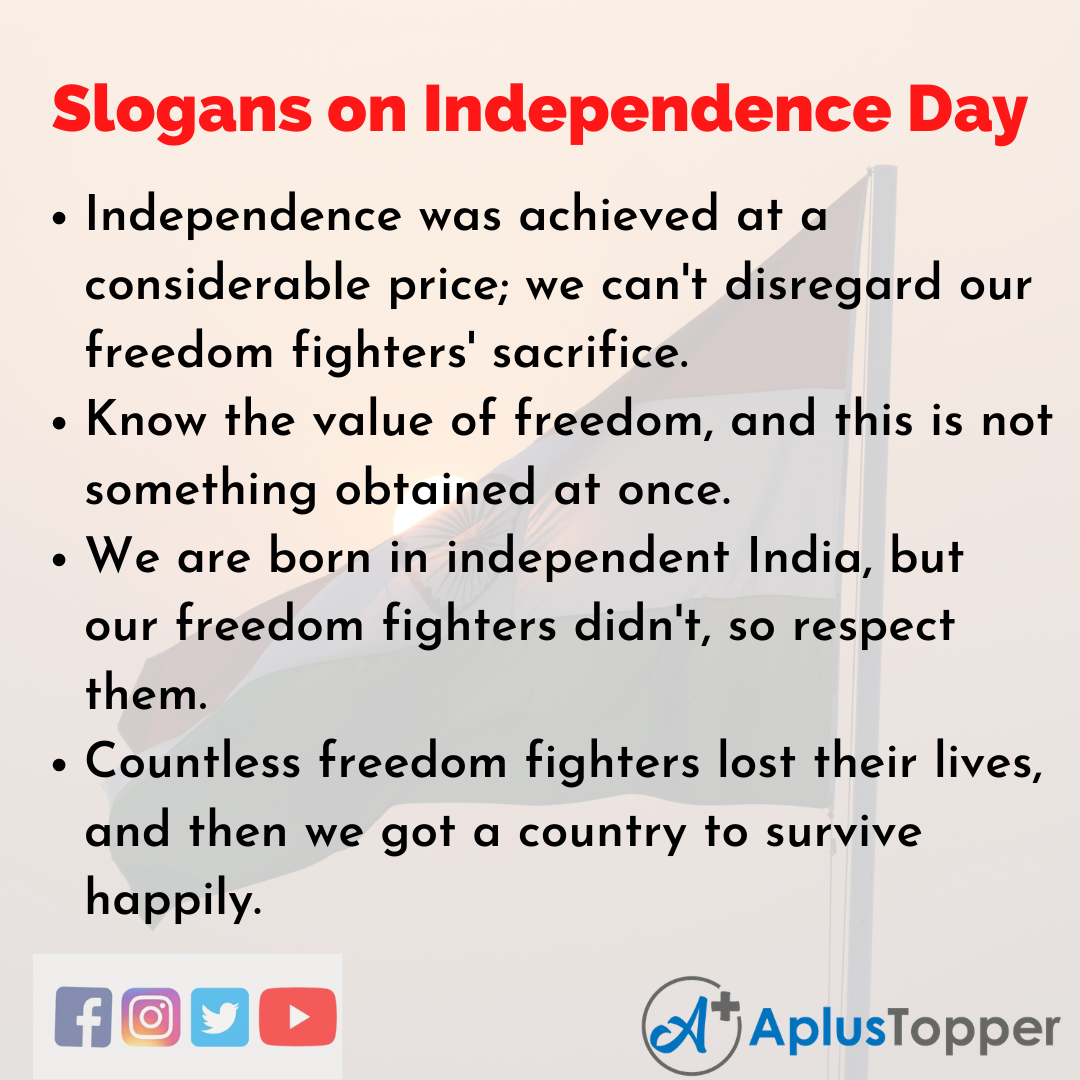 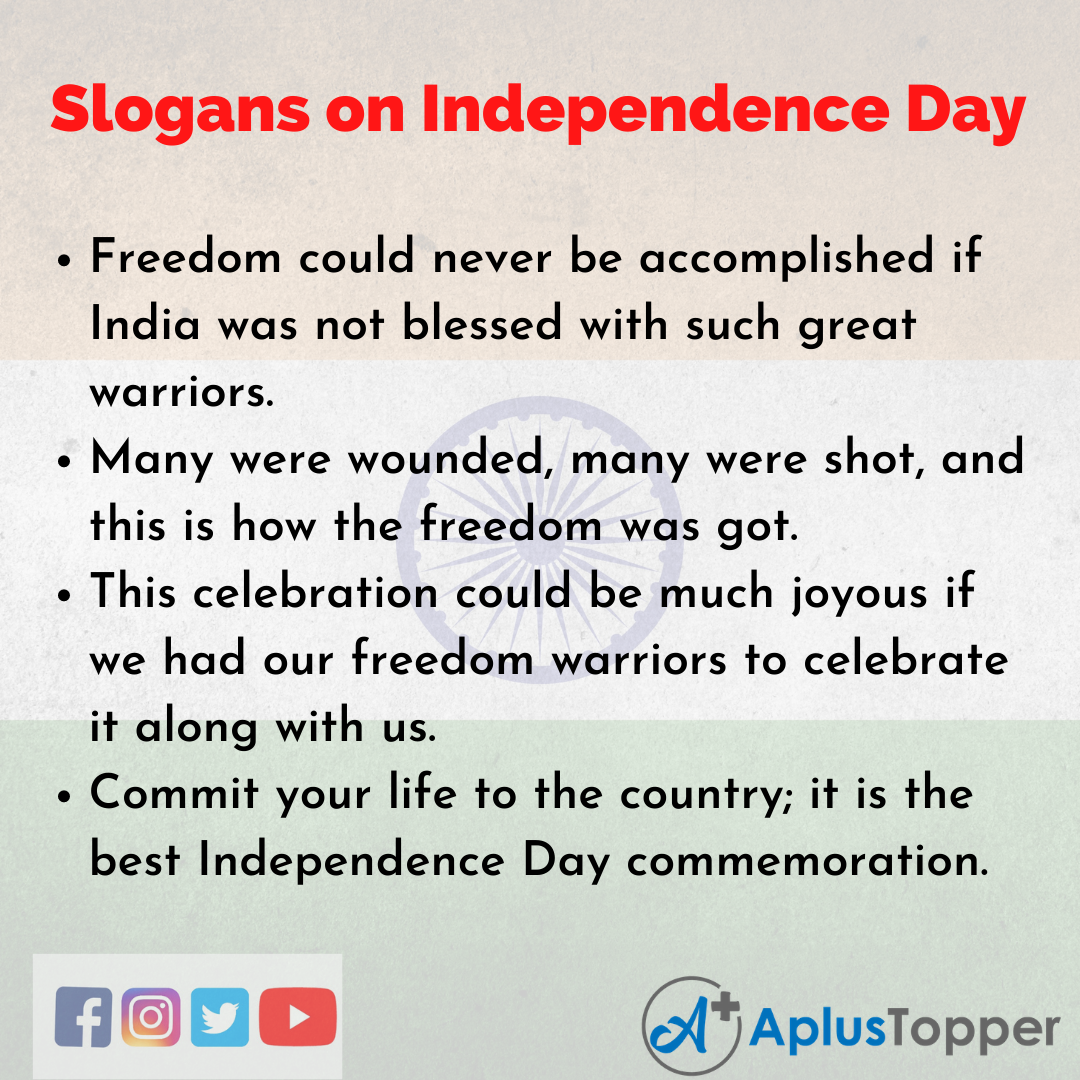 Question 1.
Why is 15 August observed as the Independence Day in India?

Answer:
On 15 August 1947, British colonial authorities quit Indian land. That gave the Indians the ability to establish an independent Indian country. Also, on the midnight of August 14–15, 1947, British India was split into India and Muslim-majority land, Pakistan. To celebrate this freedom won at the stroke of midnight, India commemorates its Independence Day on 15 August each year. This day brings about emotions about love for country and brotherhood. Showing a certain amount of respect towards the freedom fighters is the least we can do as citizens.

Answer:
Independence Day is celebrated throughout India with flag-raising traditions, preparations, and the singing of the Indian national anthem. Apart from the prime minister heading a flag-raising celebration at the Red Fort historical masterpiece in Old Delhi, followed by a policemen and armed forces march, there are several cultural shows held in almost all the state capitals.

The public, who do not visit any of these functions, watch the televised speech by the PM where he recounts the crucial achievements of India during the past year and describes the future hurdles and aims that lie before the country. Schools celebrate flag-hoisting functions, as do some residential apartments. Government workplaces in our Nation’s capital New Delhi are closed but lit up because of celebration. Kids and adults participate in the kite-flying festival.

Question 3.
When was the British rule ascertained in India?

Answer:
British rule in India started in 1757 when, after the British triumph at the Battle of Plassey, the British East India Company obtained a hold on the governance of a region. From there on, gradually the grip spread its control over the Nation. The EIC ruled India for a hundred years and later gave over the control to the British Imperial crown.

There was a joint effort in 1857 by various freedom fighters to overthrow the British. But with the help of brute force, cunning tactics and treason, the British managed to maintain the hold for several decades more. The British administration decided to leave India and assign the power to the local people’s representatives in 1947.