Try touching a torch bulb that is lit and another that is not. Be careful when you touch the lit bulb. Do you feel it is hot to touch? Why do you think it is so? 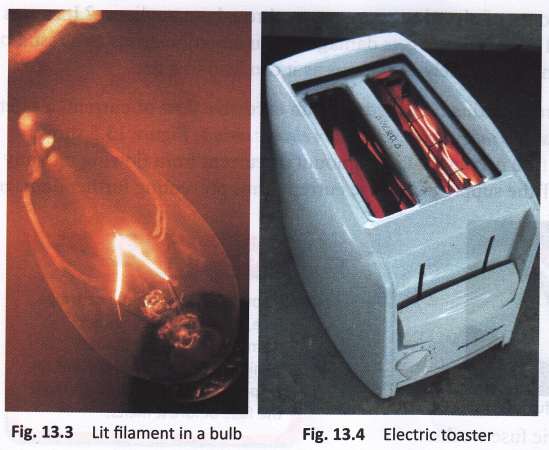 The heating effect of current is used in several appliances, which include electric toasters, electric irons, hot plates, electric hairdryers, and electric ovens. These appliances contain tightly wound coils, called elements. An element heats up when an electric current passes through it. In many electrical appliances, as the element is not covered, it can be identified by its dull red glow when the appliance is on.

Observation: Bulb is a little warmer now than at the beginning.
Conclusion: This is because the passage of electric current heats it up.

Note: Follow the precautions given below while doing this activity.