What is an Equivalent Fraction

Do you think, they have eaten equal parts of the cake? Yes. 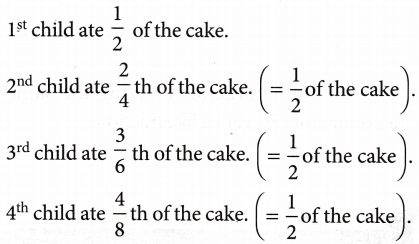 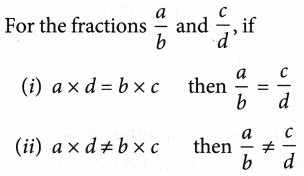 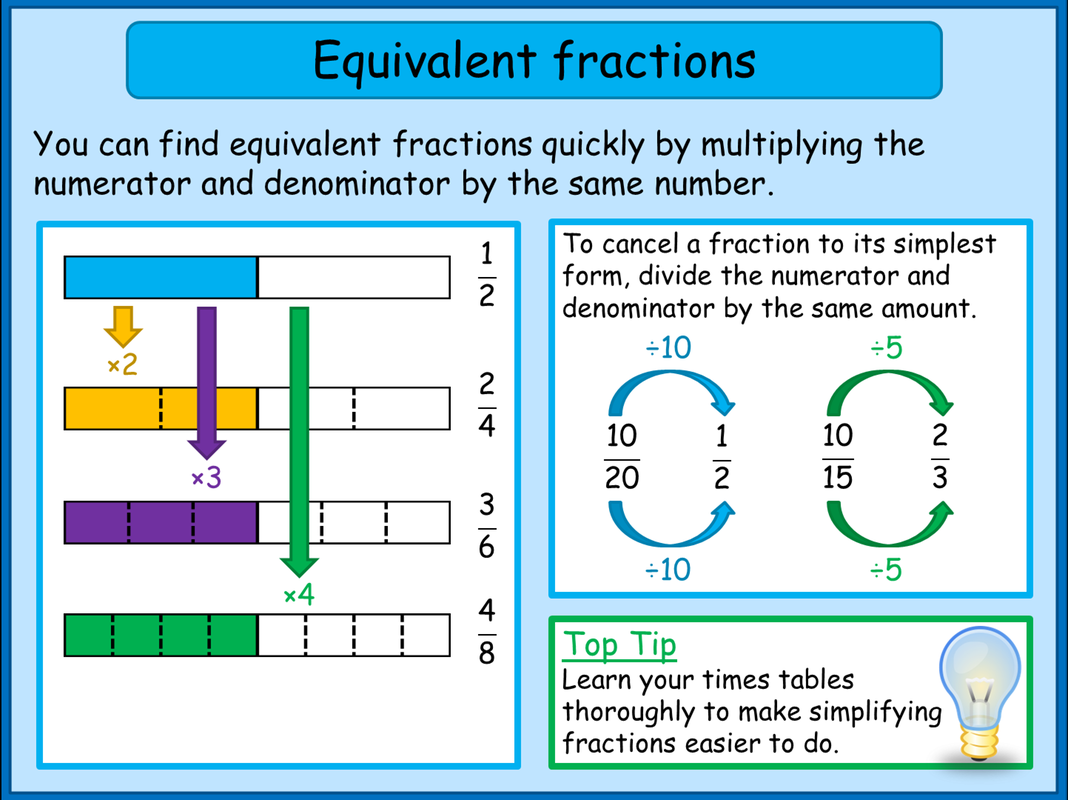 Note:
We can get as many equivalent fractions as we want, by multiplying/dividing the numerator and denominator of the given fraction by the same number.

Example 2: Which ofthefollowing pairs of fractions are equivalent:

Solution:
(i) By cross-multiplying the terms of the fractions,

Simplest Form of a Fraction

A fraction is said to be in the lowest term or the simplest form, if its numerator and denominator do not have any common factor other than 1.