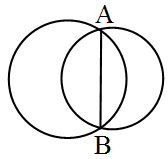 Example 1:     If two circles intersect at two points, prove that their centres lie on the perpendicular bisector of the common chord.
Solution: 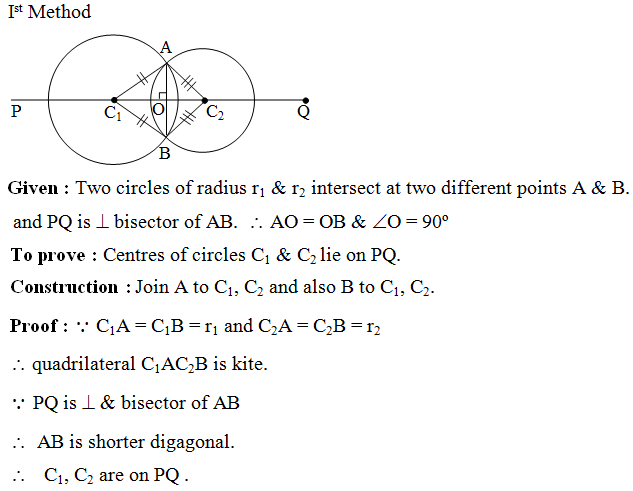 IInd method
Let PC1C2 Q is a line. We will prove that line PQ is ⊥ bisector of common chord AB. 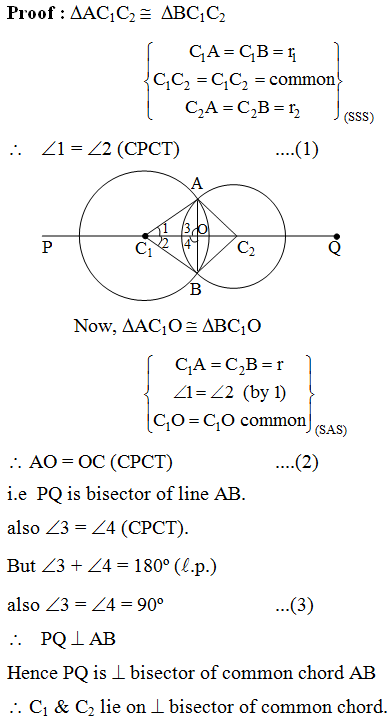 Example 2:     If two intersecting chords of a circle make equal angles with the diameter passing through their point of intersection, prove that the chords are equal.
Solution:     Given that AB and CD are two chords of a circle, with centre O intersecting at a point E. PQ is a diameter through E, such that ∠AEQ = ∠DEQ. We have to prove that AB = CD. Draw perpendiculars OL and OM on chords AB and CD, respectively. Now 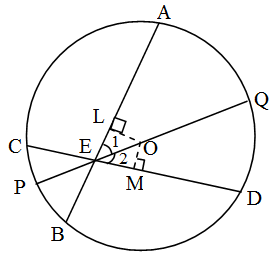 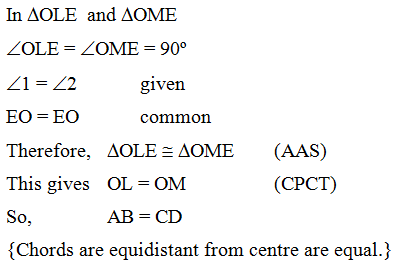 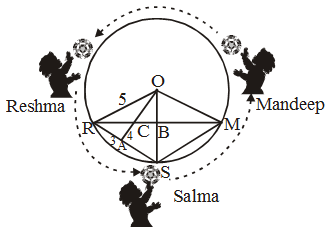 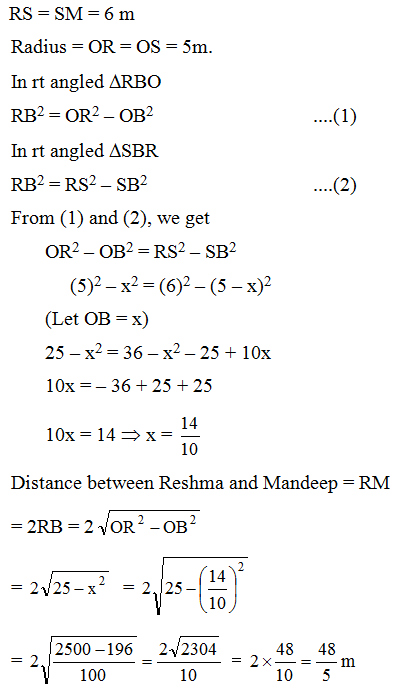 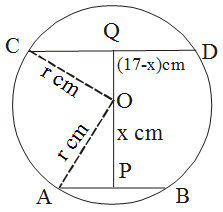 Since the perpendicular from the centre to a chord of the circle bisects the chord. 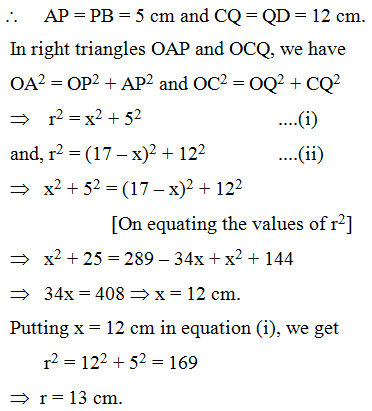 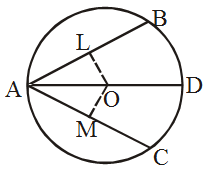 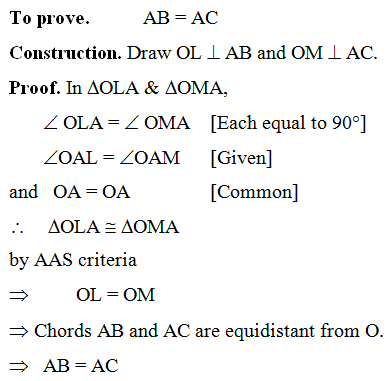 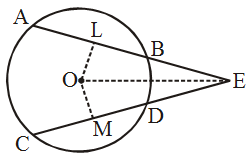 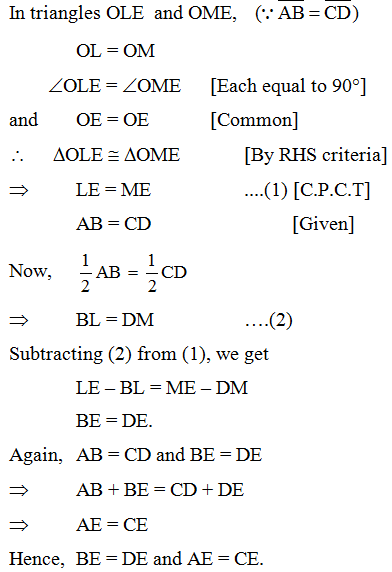 Example 7:     O is the centre of the circle and PO bisects the angle APD. Prove that AB = CD. 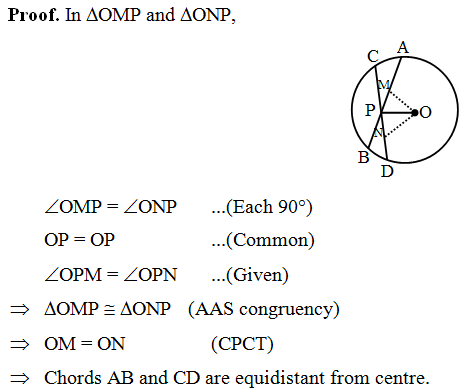 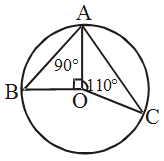 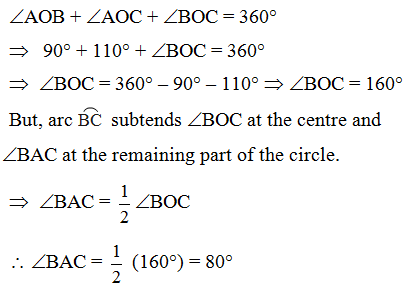 Example 9:     Two circles with centres, A and B and of radii
5 cm and 3 cm respectively touch each other internally. If the perpendicular bisector of segment AB meets the bigger circle in P and Q. Find the length of PQ.

Solution:     Given. Two circles touch internally at S, A and B be the centres of the bigger and smaller circle respectively. The perpendicular bisector PQ bisects AB and meets the circle at P and Q. 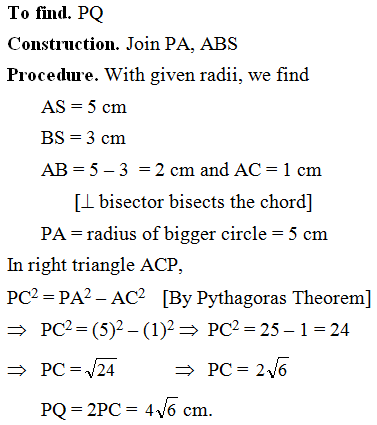 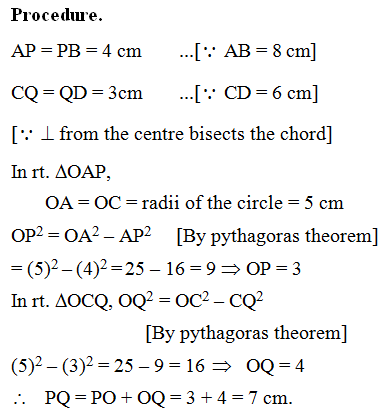 Example 11:     If a line intersects two concentric circles (circles with the same centre) with centre O at A, B, C and D, Prove that AB = CD (figure) 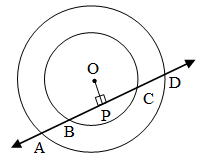 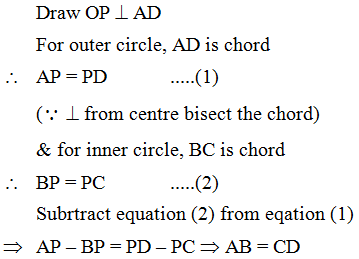