Example 1. You probably would have observed that an ice cube melts faster in a glass of hot tea when there is more tea.

Process in a Scientific Investigation

The flow chart in Figure indicates the process in a scientific investigation. 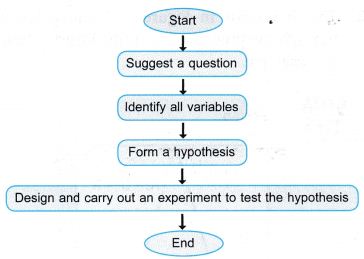 (a) When observing a certain situation, you may suggest a question suitable for a scientific investigation. The question must be well defined, measurable and controllable.
(b) To carry out a scientific investigation, you need to identify all the variables involved. A variable is a physical quantity that can be varied in an experiment. There are three types of variables.

(c) You then proceed to form a hypothesis. A hypothesis is a statement of an expected outcome that usually states the relationship between the manipulated and responding variables. The hypothesis must be brief and clear and can be tested by an experiment.
(d) You will then need to design and carry out the experiment to test the hypothesis.

Carrying Out an Experiment and Writing a Report on the Experiment

When you carry out an experiment to test a hypothesis and subsequently write a report on the experiment, you need to follow the following steps.

An Example of a Scientific Investigation 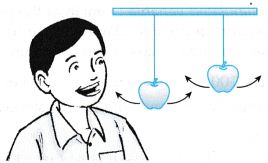 During a telematch event, Rahman was supposed to bite an apple without touching it with his hands. The apple was tied to a string and was swinging to and fro. Rahman observed that the apple took a longer time to swing to and fro if the string was longer.

The following steps will guide you through the process of scientific investigation of this example. 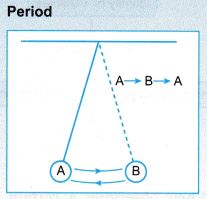 Analysis of Data:
The graph of period, T against length, l shows a curve with a positive gradient. This means that as l increases, T also increases. Hence, the hypothesis is accepted. 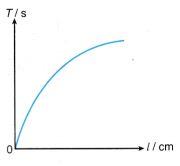 Students frequently need to analyse graphs to come out with certain conclusions especially in dealing with the relationship between two variables. Table 1.13 shows some graphs that students will usually come across in scientific investigations. 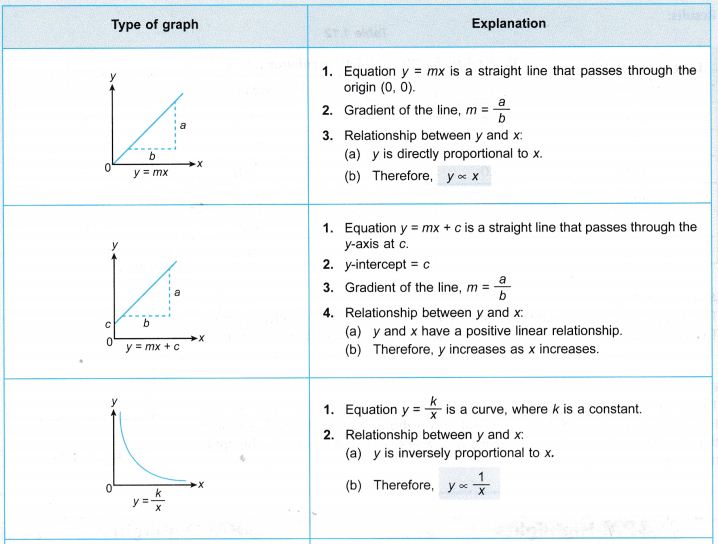