10 Lines on Onam: One of the most popular Indian festivals celebrated in the state of Kerala is Onam. The unique style of celebrations, with different kinds of sweets and delicacies that are prepared during the festival of Onam, is what makes Onam not just a festival in the state of Kerala but across the whole country. Onam is also celebrated widely in South Asian and Arabic countries such as Saudi Arabia, Qatar Oman and Dubai because of the population density of Keralites in those countries.

In this particular article on 10 lines on Onam, we shall be talking about the history of Onam, why Onam is celebrated in Kerala, what is the significance of the festival of Onam and also we shall be talking about other similar festivals in different regions across the world. We soonly update the Onam Festival Essay in Hindi and Malayalam. Onam festival 2020 falls between the 22nd of August and 2nd September. 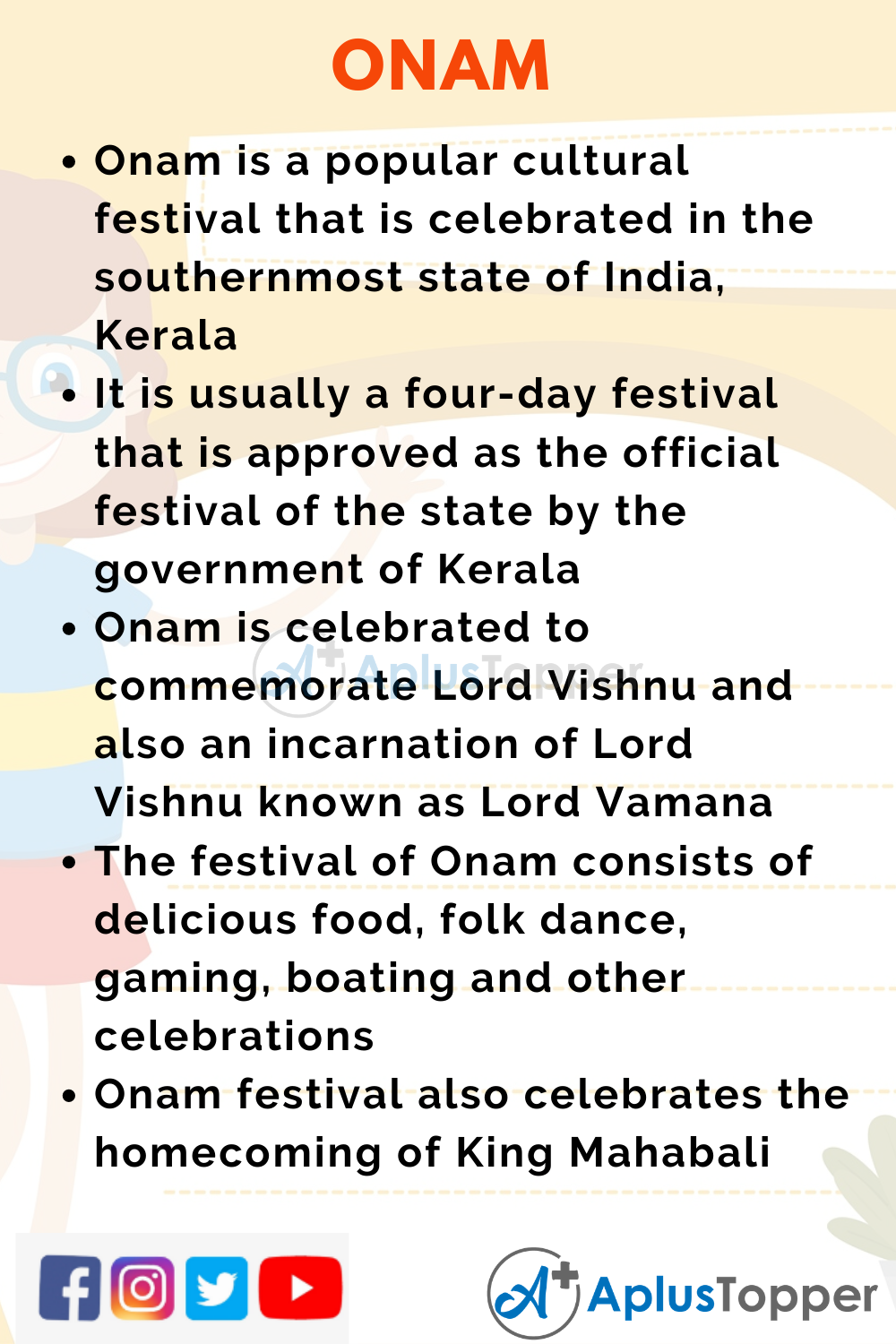 Get a Short Paragraph on Onam for Students, Kids and Children in English. 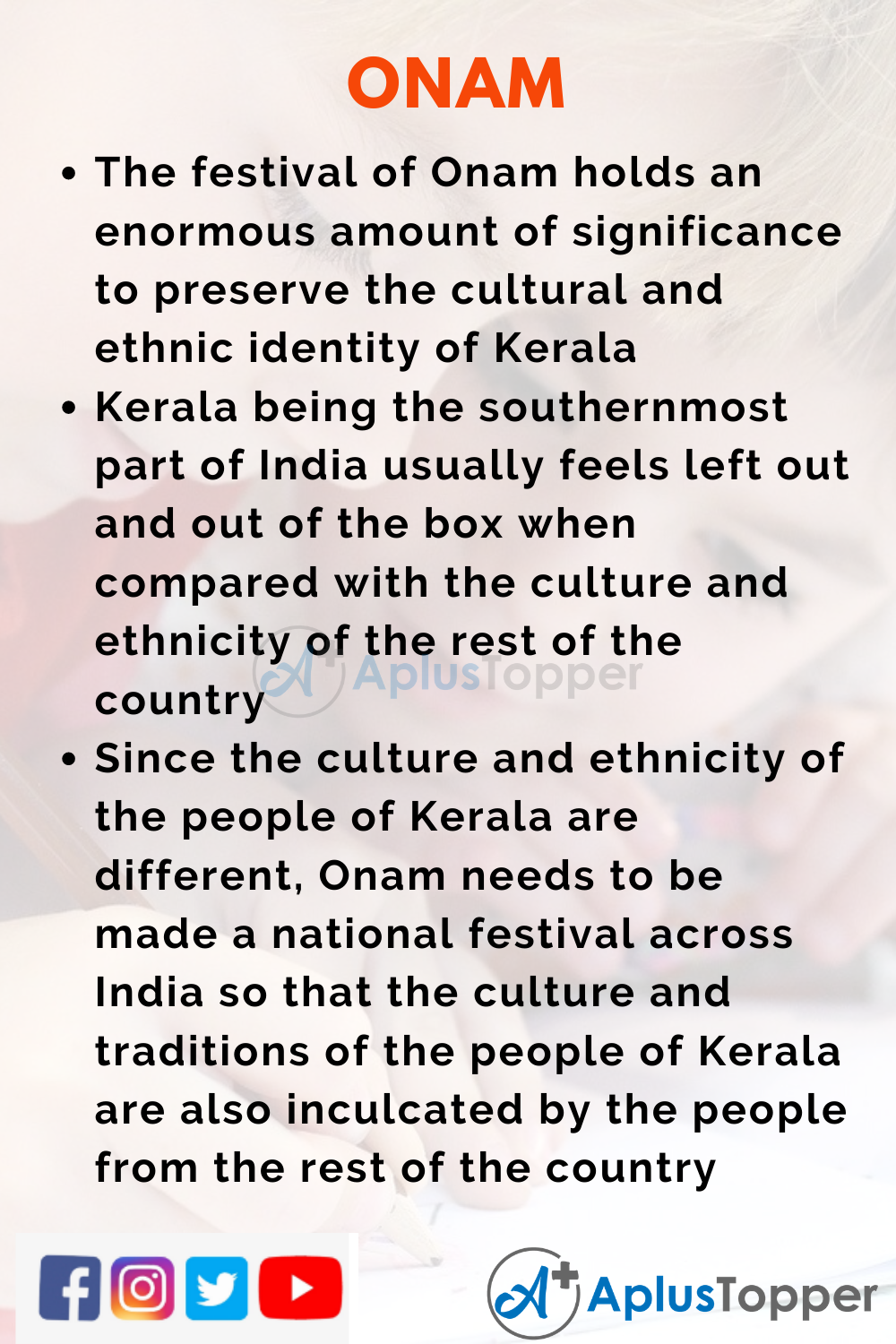 FAQ’s on 10 Lines on Onam in English

Question 1.
What is the significance of the Onam festival?

Answer:
Onam is a Hindu holiday that is celebrated in the southernmost state of India, Kerala, to commemorate the homecoming of King Mahabali

Question 2.
Which is the main day of Onam?

Answer:
September 10 which celebrates the return king of Mahabal which is the first day of Onam is considered to be the most auspicious day in the year

Question 3.
What are some delicious food that is prepared during the Onam festival?

Answer:
Rasam, Pachadi, pulinchi, and Kerala rice are some of the special Kerala foods that are prepared during the festival of Onam

Question 4.
When was Onam declared as the national festival in Kerala?

Answer:
In the year 1961 Onam was declared as the national festival of Kerala