10 Lines on Holi: Holi is one of the most joyous festivals celebrated in India. People gather in extensive grounds apply color on each other. It is a festival celebrated in March every year. People celebrate Holi with the same happiness and joyful spirit that they celebrate Diwali. Holi is mostly played with a pink color, which is known as Gulaal.

Everyone celebrates Holi with their family members, neighbors, and friends. It’s an occasion that brings everyone together to celebrate. Everyone loves Holi because it’s such a happy festival. People narrate stories, sing, and dance as a part of the celebration. Some many sweets and delicacies are prepared especially for this festival.

The night before Holi, people perform a ritual called the ‘Holika Danan.’ People take wood, dried leaves, and light it on fire and walk around it, praying. There are various ways in which ‘Holika Danan’ is performed. Performing this ritual increases the excitement for celebrating Holi the next day. 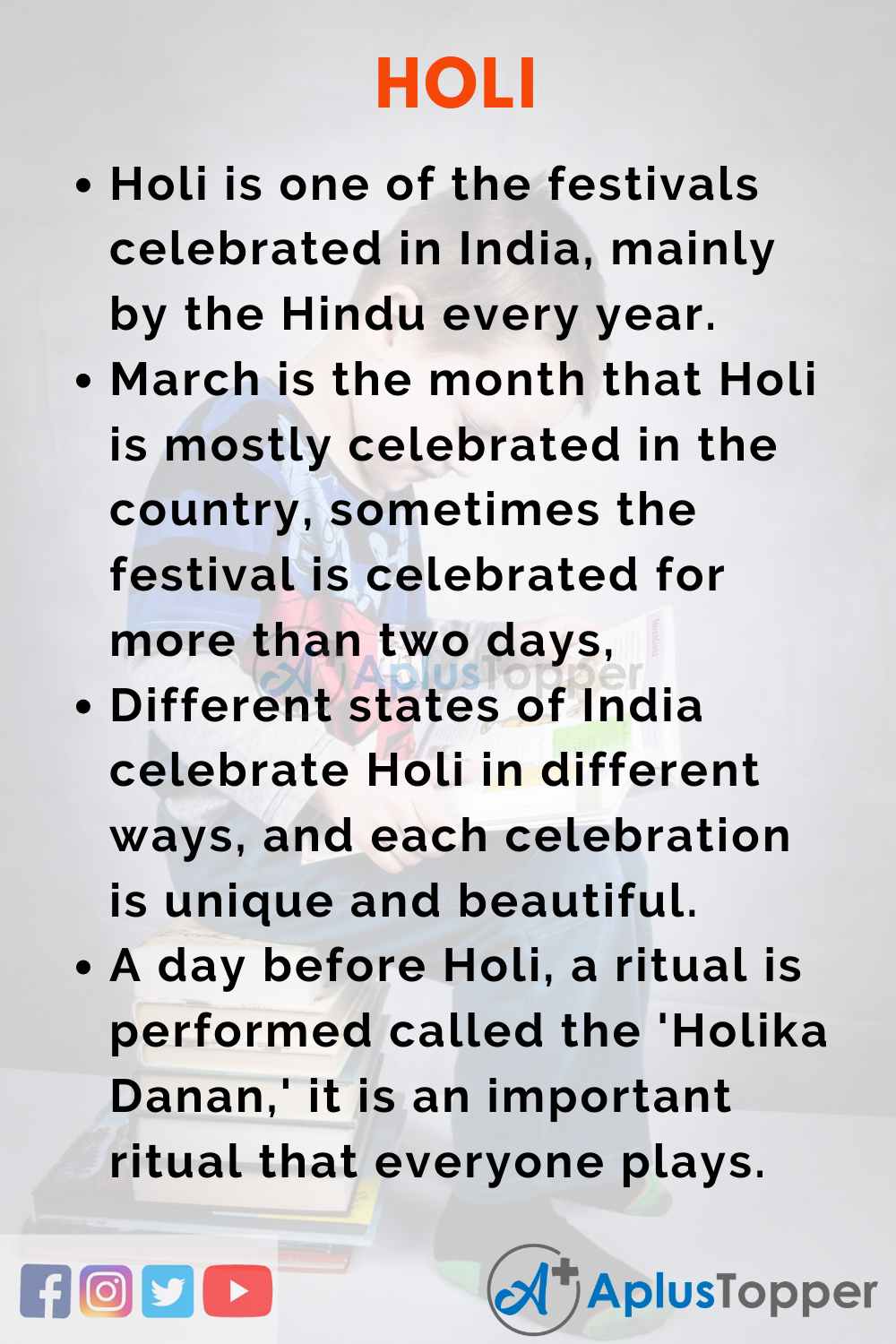 Question 1.
Which the month in which Holi is celebrated?

Answer:
The month in which Holi is celebrated in March is the peak of the summer in the country.

Question 2.
What are some of how the festivities are celebrated during Holi?

Answer:
People gather around and narrate stories related to Holi, and they sing traditional folk songs and dance.

Question 3.
For how many days is the festival of Holi celebrated?

Question 4.
Why is Holi celebrated?

Answer:
Holi is a festival that is celebrated because of the victory of good over evil.