10 Lines on Diwali: Diwali also is known as Deepawali is one of the most celebrated religious festivals in India. Although it is a Hindu festival, Diwali is celebrated across the spectrum from people of different religions including Christians, Muslims and Sikhs. It is called a festival of lights because it is on this occasion that the households in India and across the world light up their houses with the diyaas and candles indicating the victory of light over darkness. 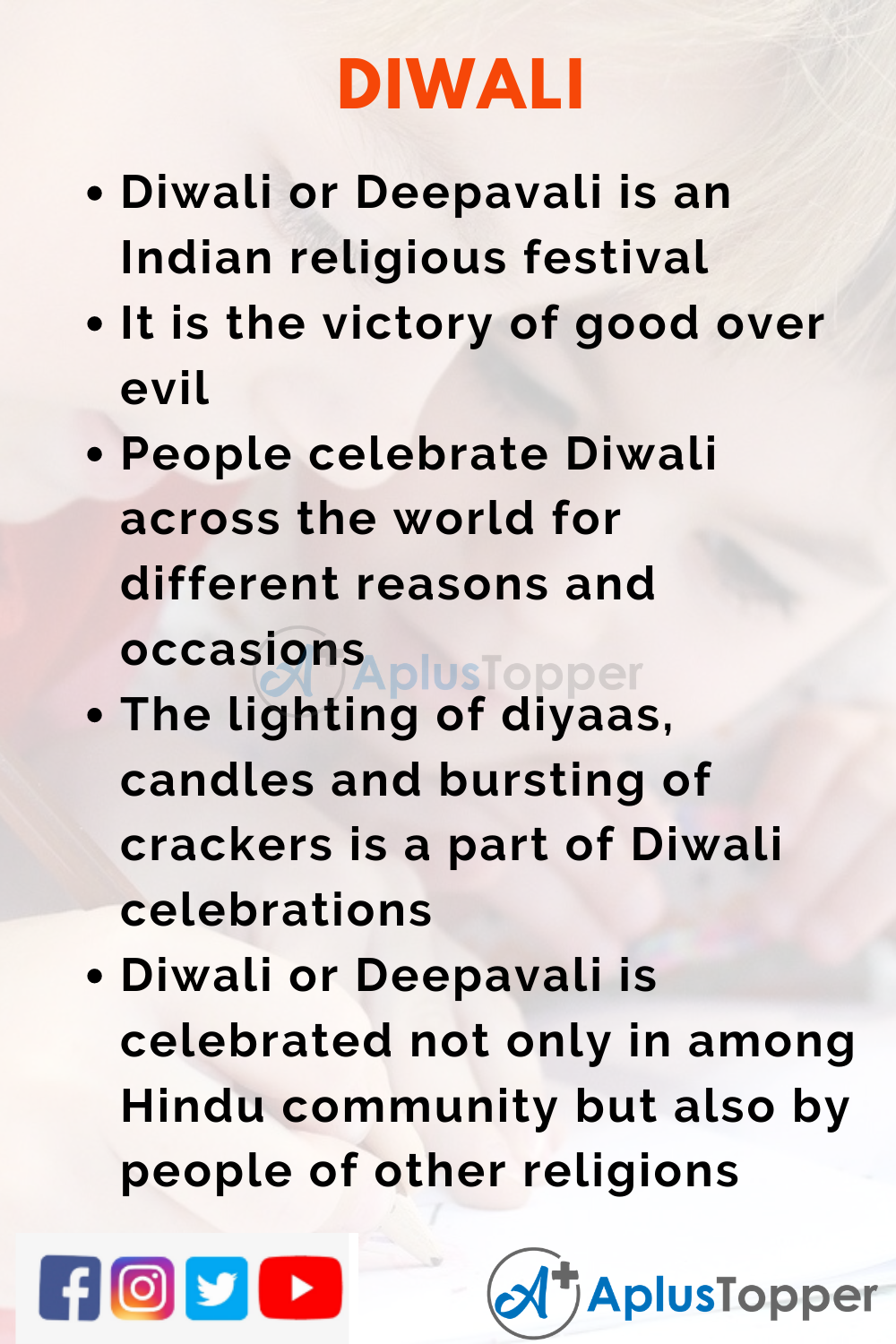 Students can also find Essay on Diwali and Paragraph on Diwali from here. FAQ’s on 10 Lines on Diwali in English

Question 1.
What is the story behind Diwali?

Question 2.
Why is Diwali celebrated by non-Hindus?

Answer:
Diwali is celebrated by non-Hindus and Sikhs since it is a pure festival that celebrates the victory of good over evil and the morals behind this festival is inculcated by all the people irrespective of religion

Question 3.
Which month is Diwali celebrated in?

Question 4.
Are bursting crackers necessary for the Diwali celebration?