Wireless Network Advantages and Disadvantages: In our everyday life, we frequently come across and even use a wireless network. Mobile phones, tabs, laptops, etc., are all wireless networking devices that we use. The wireless network is quite popular across the world, and its usage is increasing day by day. Wireless network technology is efficient and also is cost-effective. With each fleeting day, it is becoming a handy tool for the mobile workforce. 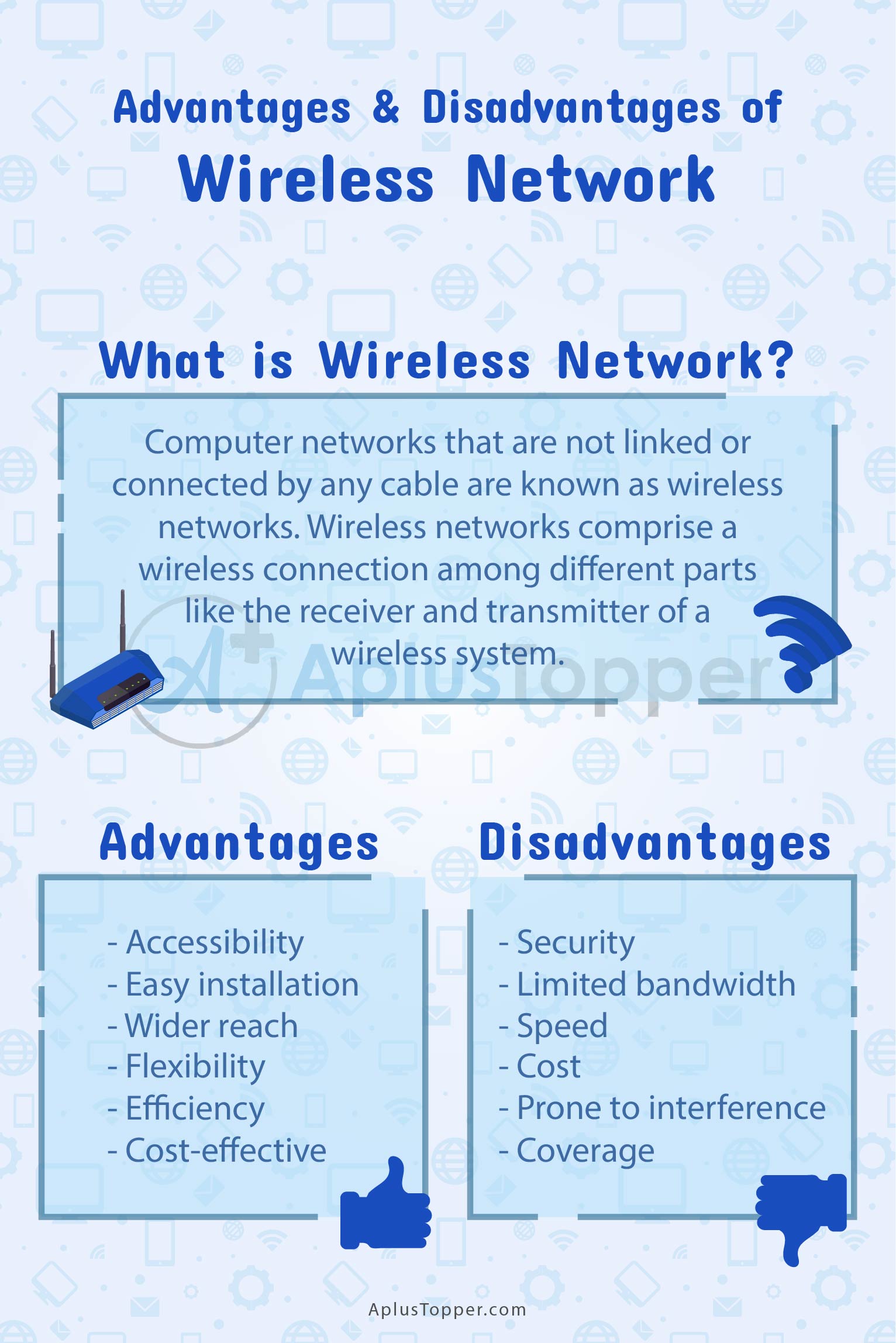 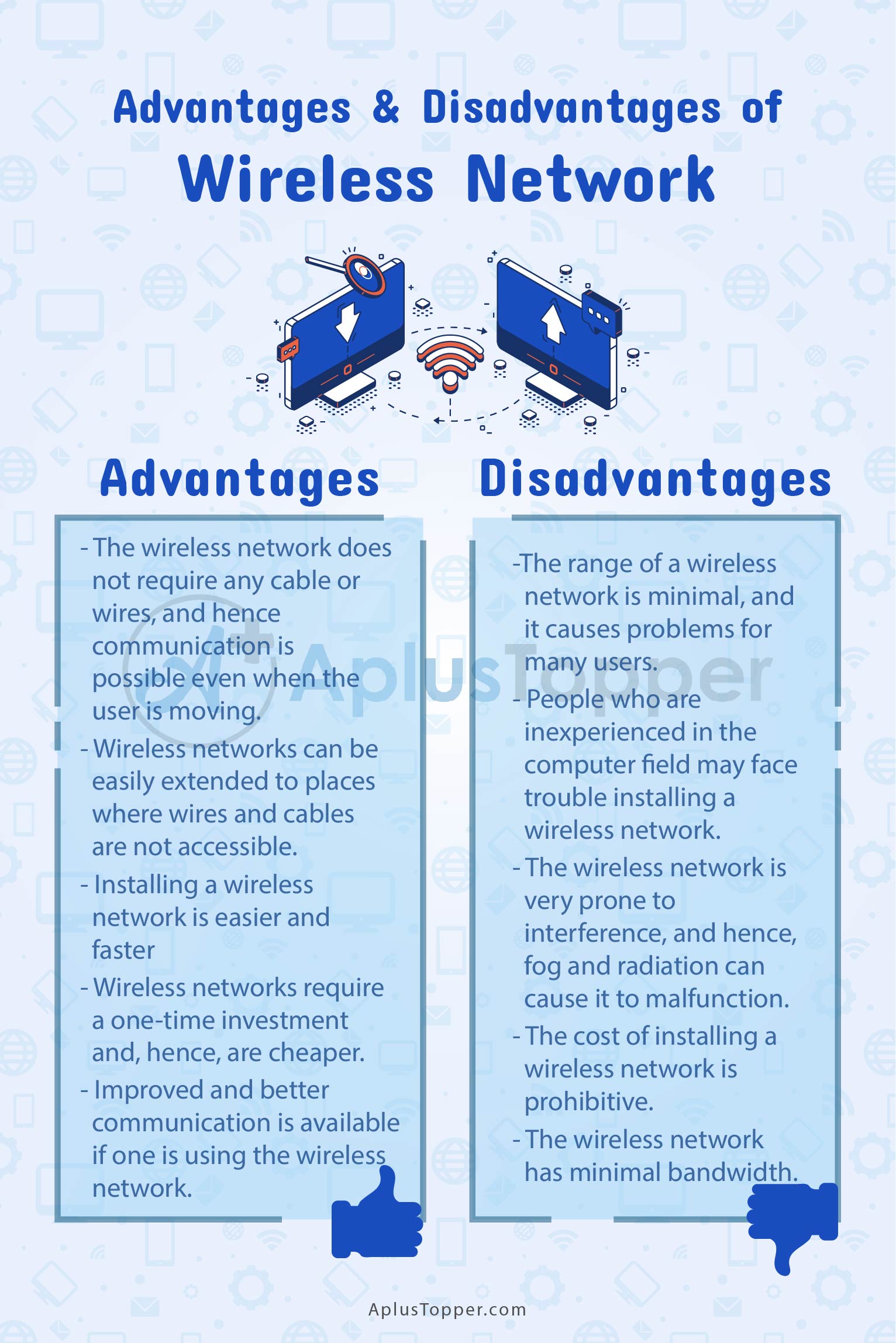 Comparison Table for Advantages and Disadvantages of Wireless Network 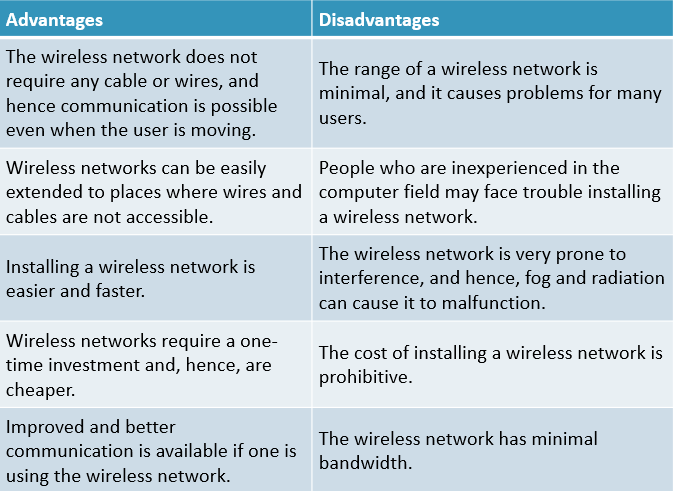 FAQ’s on Pros and Cons of Wireless Networks

Question 2.
Is there a specific range for the usage of a Wireless network?

Answer:
It is pretty tricky to answer this question since there are many Wireless technologies available. Each of them has a different range of usage. For example, the range of a Wi-Fi wireless access point or a hotspot is around 20 meters indoors, and for outdoors, they have a pretty long range. Compared to this, other technologies may have a lesser or broader range.

Question 3.
What is wireless media?