Wildlife in India Essay: Wildlife constitutes animals, birds, insects, etc., living in the forests. The rich flora and fauna of India have been studied and mentioned in texts since the earliest times. Animal laws date to third century BC. Later, several zoologists recorded their distribution and abundance. Wildlife helps in the promotion of various economic activities that generate revenue from tourism. The fauna plays a crucial role maintaining the ecological balance of a region. With the baffling variety of forests in India, wildlife wealth is equally diverse and perplexing. There are about 76000 species of animals in India which comprise about 82% of known species of the world. India has a variety of birds, mammals, reptiles and amphibians.

Long Essay on Wildlife in India 600 Words in English

Below we have given a long essay on Wildlife in India of 600 words is helpful for classes 7, 8, 9 and 10 and Competitive Exam Aspirants. This long essay on the topic is suitable for students of class 7 to class 10, and also for competitive exam aspirants.

The trans-Himalayan region, encompassing Lahaul-Spiti district of Himachal Pradesh and Ladakh comprise the richest wild sheep and goat community in the world. Tigers are found in the forests of Eastern Himalayan foothills. Leopard is found in Northern parts of Asom, Lynn and Yak in Ladakh along with Brown, Black and Sloth Bear in the Himalayan Region. The Wild Buffalo is found in Asom, Bastar district of Madhya Pradesh, while the Great Indian Bison is found in the forests of Central India. Black Panther is found in widely distributed areas including deserts and jungles. Cats are found in the North-Western parts of the country. Several species of Wild Sheep and Goats too are found. Deer, Stag are common but have reduced in numbers considerably. Monkeys, Langurs, Chinkaras too are common as well as the Blue Bull, the Four-horned Antelope or the Chawsingha, Wild Dog, Fox, Jackal, Hyena, Mongoose, Shrews, Hedgehogs, Mole, Bats, Rodents and Squirrels. There is an abundance of reptiles like Cobra, Krait, Russel Vipers Dhamoa, a non-poisonous large snake, Rock Python, Marsh Crocodiles, Gharial, Lizards, Chameleon, Monitor Lizards, Turtles etc,

Elephant is the largest Indian mammal found in the forests of Asom, West Bengal, Central India, Karnataka, Kerala and Tamil Nadu. Rhinoceros is India’s second largest mammal whose number has considerably decreased and is now confined to the forests of Asom and West Bengal under strict protection, in the famous Kaziranga and Manas Sanctuaries of Asom, and Jaldapara Sanctuary in West Bengal.

India can proudly boast of about 2000 species of birds in India which is thrice the amount of birds in all the countries of Europe put together. Aquatic birds like Storks, Herons, Ducks, Flamingoes, Egrets, Cormorants are found along with waders and shore birds like the Sea Gulls, Snipes, Iluses, Cranes and Lapwings. The Great Indian Bustard, Pea Fowl, Jungle Fowl, Quail and Partridges are the main ground birds along with Babblers, Barbits, Bulbuls, Mynas, Pigeons, Parakeets, Doves, Cuckoos, Rollers, Beaters, Fly catchers, Orioles, Warblers, Wagtails, Finch larks, Finches, Drongos and Hoops. Prey birds such as Owls, Eagles, Kites, Fallows and Kestrel too are found in large numbers. Peacock, is rightly the national bird of India symbolising the vast variety of our bird-wealth with its rich and magnificent plumage fossils of several animals have also been found in India. Titanosaurusindicus was the first dinosaur discovered in 1877 in the Narmada Valley by Richard Lydekker. Rajasaurus narmadensis, a carnivorous dinosaur was also known to inhabit this region. Whale fossils were found in the foothills of Himalayas, as the area used to be underwater (in the Tethys Sea). Unfortunately, our wildlife has been adversely affected by the fast dwindling forest wealth. Large number of species have got reduced, others are endangered and still others are on the verge of extinction. This has adversely contributed to the disturbance of the ecological balance. Moreover, poaching and illegal killing of animals for their fur, skin, teeth, hair etc has contributed in the reduction of wildlife population.

The first species to disappear during the Indus Valley Civilisation was wild cattle. This probably happened due to inter-breeding with domestic cattle. Species of birds, like pink-headed duck and Himalayan quail have become extinct. Along with Tigers, the numbers of Cheetahs too have dwindled who are now surviving under protection and breeding programmes in the Gir Sanctuary, Gujarat. 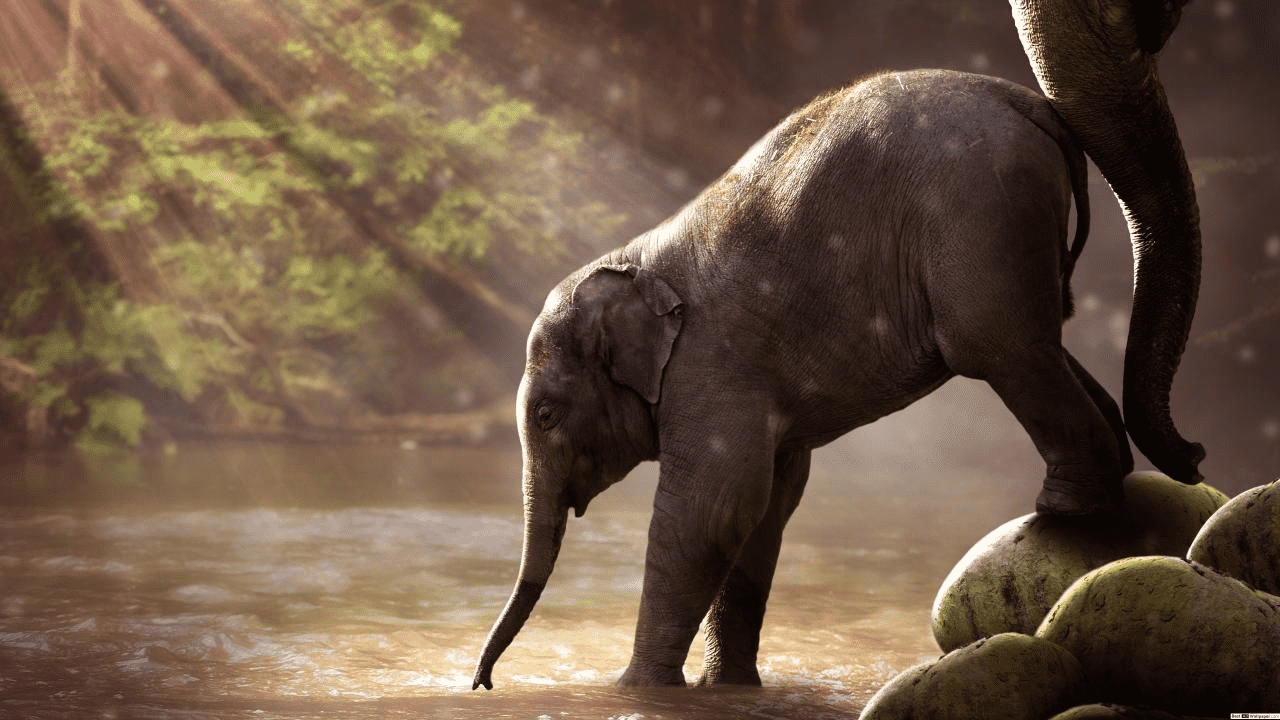 Short Essay on Wildlife in India 200 Words in English

Below we have given a short essay on Wildlife in India is for Classes 1, 2, 3, 4, 5 and 6. This short essay on the topic is suitable for students of class 6 and below.

To put a check on this, Indian Board for Wildlife was made in 1952 with its main function as an advisory board advising the government on how to conserve and protect wildlife with the construction of National Parks, Sanctuaries, Zoological gardens etc. The Wildlife Conservation Act, 1972 is a strict law and gives a firm footing to National Parks and Sanctuaries. The endangered species of plants and animals have been classified under this act for protection. Project Tiger was launched in 1973 under which 21 Tiger Reserves have been created to check intensive land-use practices like mining, construction of roads and railway lines affecting the tiger habitat and corridors. The National Tiger Conservation Authority (NTCA) has set-up a 10-member committee of experts in 2011. The committee will also appraise ongoing demand for diversion of habitat areas towards infrastructure projects in states. Wildlife reserves have started using advanced technology for better maintenance of facilities and also the inhabiting animals. Haryana wildlife department will make use of the camera trap method to get the exact number of animals in its sanctuaries. Kolhapur department has been equipped with wireless communication.

Along with the efforts of the government, people’s awareness and cooperation is needed in order to conserve and protect these invaluable natural resources of our country. Then only can the efforts of the government be given a concrete direction and the conservation goals can be achieved. On International Tiger Day, 29 July, Pench Tiger Reserve along with Rotary Club organised competitions in Nagpur. Such initiatives can go a long way in instilling responsibility towards wildlife among citizens. Wildlife is an integral part of our national heritage. We want our future generations to be able to ‘hear’ lions roar and not just ‘see’ them in picture books. For that we must take steps today. Otherwise, it will be too late!