What is Reflection of Light? 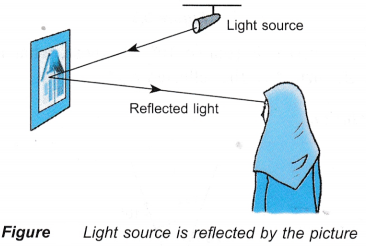 (b) The picture can be seen because it reflects light from the light source. 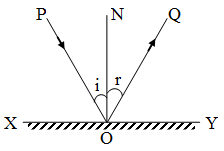 Reflection of Light on a Plane Mirror 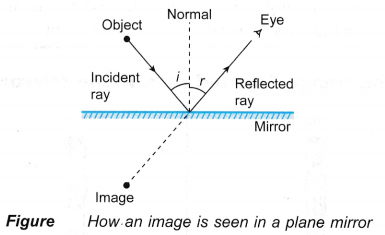 Let us put down our observations from the above activity in a scientific manner, by drawing a diagram. First draw a line perpendicular (i.e., a line that makes an angle of 90°) to the mirror at the point where the slit is located. This line, SN, is called the normal.

Refraction of Light Problems with Solutions

All types of surfaces reflect light. That is why we can see them. When light from the sun or any source falls on an object, we are able to see the object because the light reflected by the object reaches our eyes.
While talking of reflection, we refer to a smooth surface as a regular surface, and a rough and wavy surface as an irregular surface. A regular surface reflects light in only one direction. Reflection by a regular surface is referred to as regular reflection. A rough surface reflects a parallel beam of light incident upon it in all directions. The small bumps and irregularities on a rough surface cause each of the light rays to reflect in different directions. This kind of reflection is called irregular or diffused reflection.