Water Pollution Essay: The water pollution essay is an important topic as it educates the students about the disastrous effects of pollution in water bodies. We need to understand what is water pollution and how it is caused. An essay is one of the most effective ways to express and impart knowledge, and an essay on water pollution is no exception.

From an academic perspective, there are certain rules and guidelines one should follow to secure more marks or grades for their essays. Hence, consider adopting the following tricks and tips when writing the essay. Incorporating these is a surefire way to secure considerably higher marks in exams or for grading. 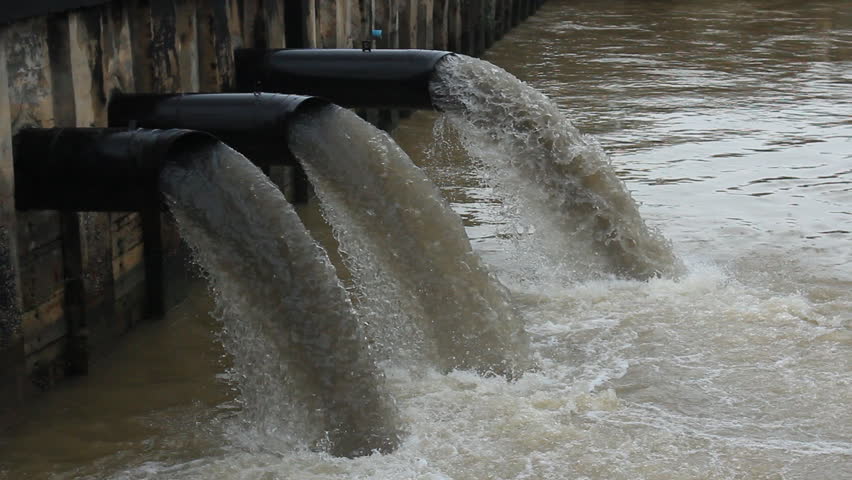 Water pollution can be defined as the introduction of pollutants into a water body. These pollutants can impact life by causing disruptions in life processes. On a bigger scale, water pollution can compromise the stability of the environment by affecting food chains. Water is a universal solvent, hence it is relatively easy for most substances to dissolve in it. This property makes water very vulnerable to pollution. And for the most part, humans are to blame. Granted, water pollution can also occur naturally, but most of the high-impact causes are anthropogenic or man-made.

Water pollution can manifest itself in many forms – for instance, eutrophication is a phenomenon where large quantities of nutrients are introduced into a water body, and as a result, excessive plant growth occurs. Though this may sound harmless, these plants decrease the available dissolved oxygen in the water, thereby starving fish and other aquatic organisms of oxygen. Furthermore, these plants can secrete toxins that can potentially kill animals. The fumes that these plants create can also have disastrous consequences when exposed to animals or humans.

Anthropogenic causes of water pollution can be observed in the form of dumping sewage and untreated wastes into water bodies. This can drastically affect organisms in the water body. Moreover, through bioaccumulation, these mineral toxins can make their way up the food chain and into the human diet. The Minamata Incident, which occurred in Japan is a testimony to the fatal effects of water pollution. Even to this day, a part of the population is still living with illnesses due to exposure to mercury from seafood.

In conclusion, we need to curb water pollution, else risk more life-threatening scenarios.

Water pollution can be defined as the introduction of foreign pollutants into a body of water. These pollutants can have dire consequences on human health and the environment. Water pollution can either be caused by natural causes or anthropogenic causes. For instance, eutrophication is a phenomenon where excessive nutrients are introduced into the water body, causing the rapid formation of plants. This causes algal bloom that can harm aquatic life and destabilize the food chain.

What is Water Pollution?

This process can occur naturally, where the nutrients that are already present in the water body are brought to the surface through water currents. When this happens, a favorable environment for the plants (more specifically alage) is formed. With enough nutrients and sunlight, the plants flourish rapidly and eutrophication occurs. Humans can also bring about eutrophication when they dump sewage or other untreated wastes into water bodies. Moreover, when cut grass is disposed of in water bodies, eutrophication happens.

Effects of Water Pollution on Human Health. Water pollution also has the disastrous effect of causing a number of life-threatening illnesses in humans. This occurs when fecal matter from sanitary units (or bathrooms) seep into the soil, where it infiltrates water sources, thereby contaminating it. If this water is consumed, it can lead to many water-borne illnesses such as Cholera, Dysentery and typhoid fever. Besides this, even more, serious illness can be spread through contaminated drinking water.

In 1932, a factory in Japan started to dump its industrial effluents into the surrounding sea. One of the waste products was Methylmercury, an extremely toxic chemical to humans. This toxic chemical had bioaccumulated inside the tissues of shellfish and other fish endemic to that region. The local population was heavily reliant on seafood, hence, when they started consuming the poisoned shellfish and other aquatic organisms, they began to fall it. Initially, the cause could not be attributed to a single source.

However, even more, people started to fall sick and more serious illnesses manifested. The nervous system was affected, causing motor impairment and paralysis. This had continued for another 36 years before the real cause was found and action taken. Today, this event is infamously called the Minamata Incident, one of the most damaging consequences of water pollution.

In conclusion, water pollution is a type of pollution that can have very severe consequences. Ensure the necessary precautions are taken so that such events in the future may not occur.

Question 1.
What is Water Pollution?

Answer:
Water pollution can be defined as the introduction of foreign pollutants into a body of water, typically a river, lake or even an ocean.

Question 2.
What are the two primary causes of water pollution?

Answer:
Water pollution can occur either through anthropogenic causes – which is man-made or through natural causes. Though most of the harmful impacts are caused by man-made sources.