Verghese Kurien Essay: ‘The Father of White Revolution’, Verghese Kurien could’ve had a glorious career abroad, with multiple degrees to his name. But he chose to stay back in Gujarat and the rest is history. He believed that a country’s biggest assets are its people. He improved the living standards of millions of poor farmers by placing technology and professional expertise in their hands. – The Milkman of India

Below we have given a long essay on Verghese Kurien success story of 500 words is helpful for classes 7, 8, 9 and 10 and Competitive Exam Aspirants. This long essay on the topic is suitable for students of class 7 to class 10, and also for competitive exam aspirants.

Kurien was born on 26th November, 1921 at Calicut, Kerala in a Syrian Christian family. His father was a civil surgeon in Cochin. He graduated in Physics from Loyola College, Madras in 1940 and then obtained his Bachelors in Mechanical Engineering from the University of Madras. He also studied at Tata Steel Technical Institute, Jamshedpur, after which he went to US to pursue Masters.

Kurien came back from US and was immediately assigned to work at Anand in Gujarat’s Kheda district in 1 949. He had made up his mind to quit but was persuaded to stay by Tribhuvandas Patel, who had brought together farmers as a union to process and sell their milk. So he stayed and his sincere efforts were applauded by the then PM Lai Bahadur Shastri who came to inaugurate Amul’s plant.

He named Kurien as Chairman of National Dairy Development Board, in 1965. In its phase-2, programme in 1979, Operation Flood sought to cover the entire country. To that effect, Kurien founded the Institute of Rural Management Anand (IRMA). Kurien also Chaired Viksit Bharat Foundation, a body set-up by the President.

Kurien was mentioned by the Ashoka Foundation as one of the eminent present day social entrepreneurs. His ‘billion-litre’ idea or operation flood is the world’s biggest agricultural development programme. The operation transformed India from a milk-lacking nation to the largest milk producer in the world, surpassing the US in 1998, with 17% of global output in 2010-11.

He also made the country self-reliant in edible oils. The work of Kurien and his team in India, took the country from a milk importing nation to a milk and milk products exporting nation within a span of 2 decades. He founded 30 institutions, which are owned by farmers. 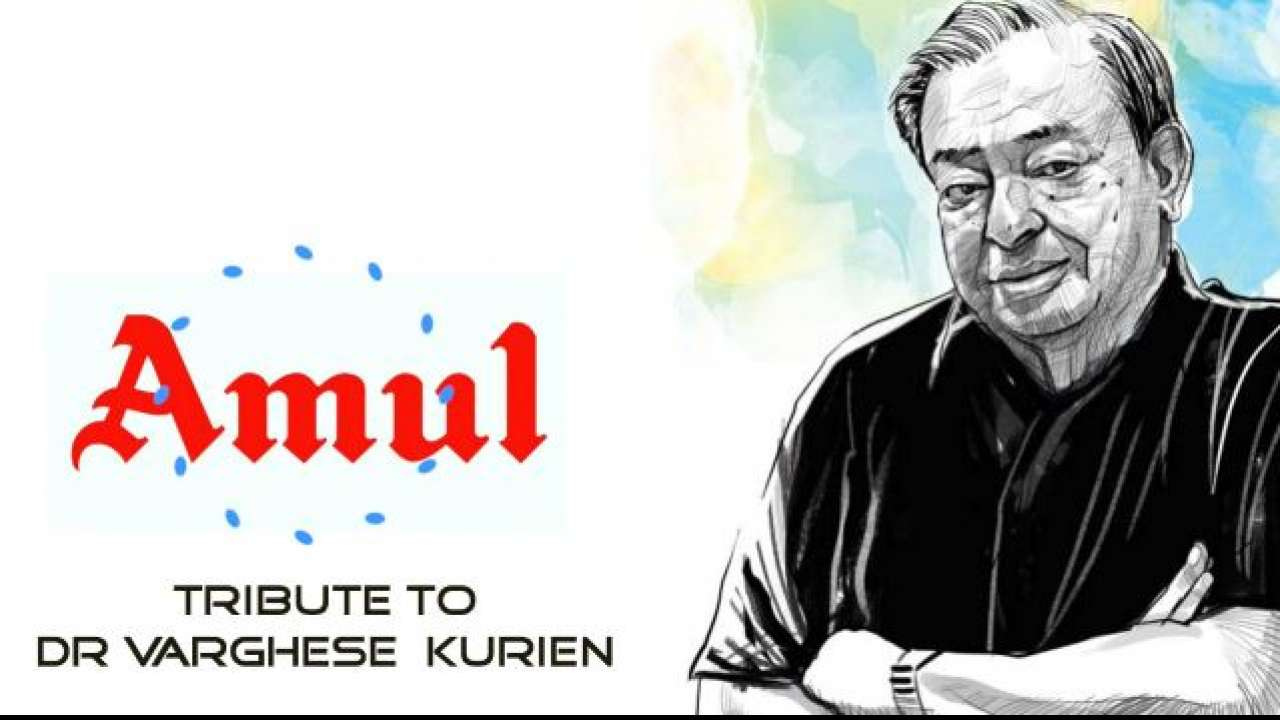 Below we have given a short essay on Verghese Kurien success story is for Classes 1, 2, 3, 4, 5 and 6. This short essay on the topic is suitable for students of class 6 and below

Kurien was behind the creation of Amul, where milk powder from buffalo milk was produced for the first time in the world. Kurien’s life story is chronicled in his personal memoir — ‘I too Had a Dream.’ Film-maker Shyam Benegal, produced a film, Manthan, based on the cooperative milk movement in India.

Not able to finance it himself, he sought Kurien’s help, who got half a million farmers to contribute two rupees each for the making of the movie. The farmers loved ‘their’ own film and it won many awards. UNDP, planned to use the movie to start such cooperative ventures in Latin America.

Kurien has been bestowed upon 15 honorary degrees from different universities of the world. In 1963, he got the Magsaysay Award; in 1966, the Padma Bhushan and in 1989, the World Food Prize. In 2001, he got Lifetime Achievement Award.

Verghese and his wife Molly had one daughter and a grandson. He died on 9th September, 2012 after a brief illness in Nadiad, near Anand. Interestingly, the man behind the milk revolution didn’t drink milk himself. His cooperative movement alleviated the misery and poverty of millions, not only in India, but also outside India. His contributions will always be admired.