Indians are the best example of this common phrase because of their togetherness despite the wide variety in fields like traditions, religions, sports, languages, food habits customs, rituals, etc. Physical features like skin colour, culture, castes, traditional and religious practices, etc. are not looked upon as a difference.

Slogans on Unity in Diversity in English

Slogans are a captivating method for learning new subjects. Since unity in Diversity is a vital concept that everyone should be aware of, we provide you with some slogans on Unity in Diversity and its attributes. These one-liners are a memorable way of impacting people and bringing about a positive change.

The following are fifteen slogans dedicated to spreading awareness about Unity in Diversity and its effects. These slogans are adequate to impact society positively. 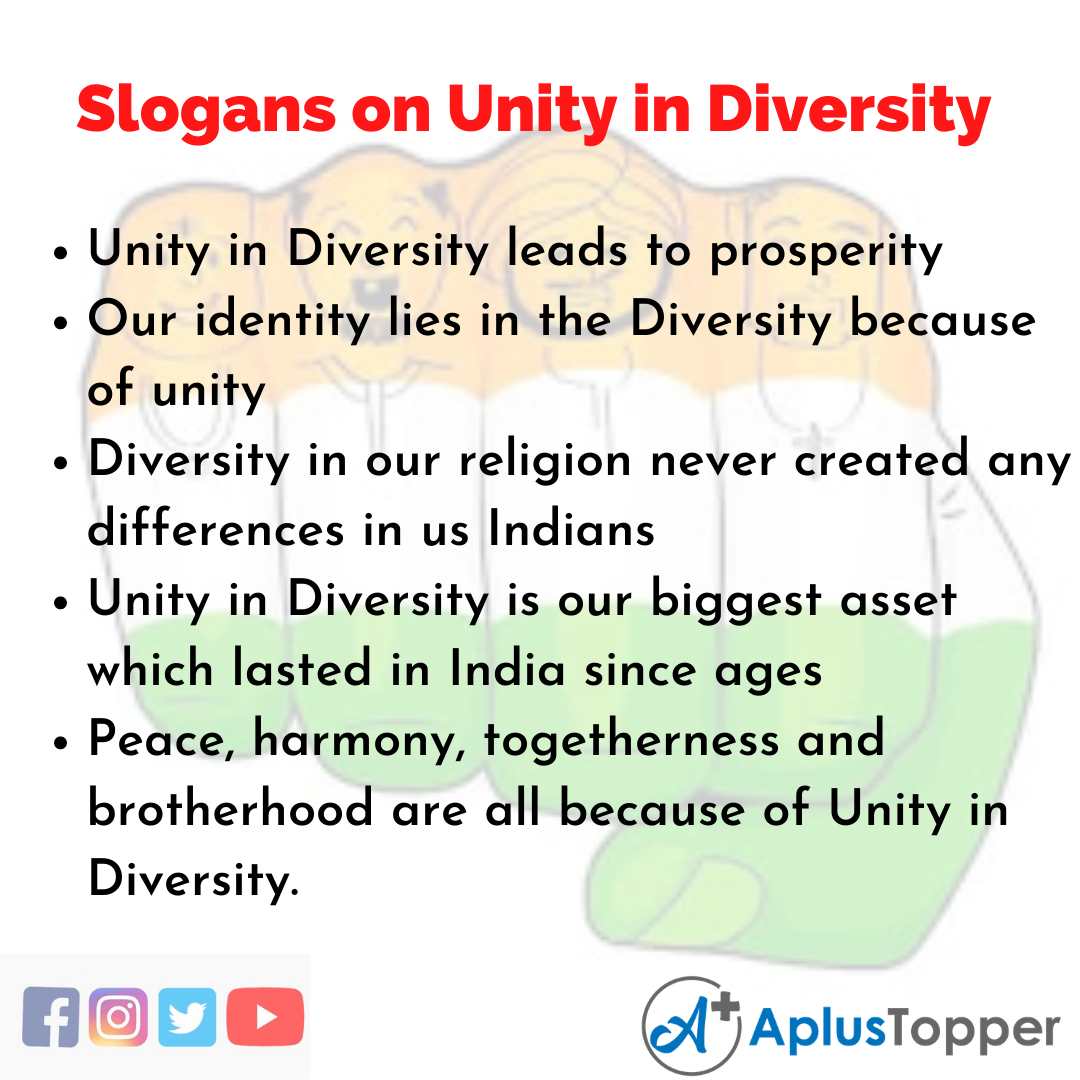 15 Unique and Captivating Slogans on Unity in Diversity 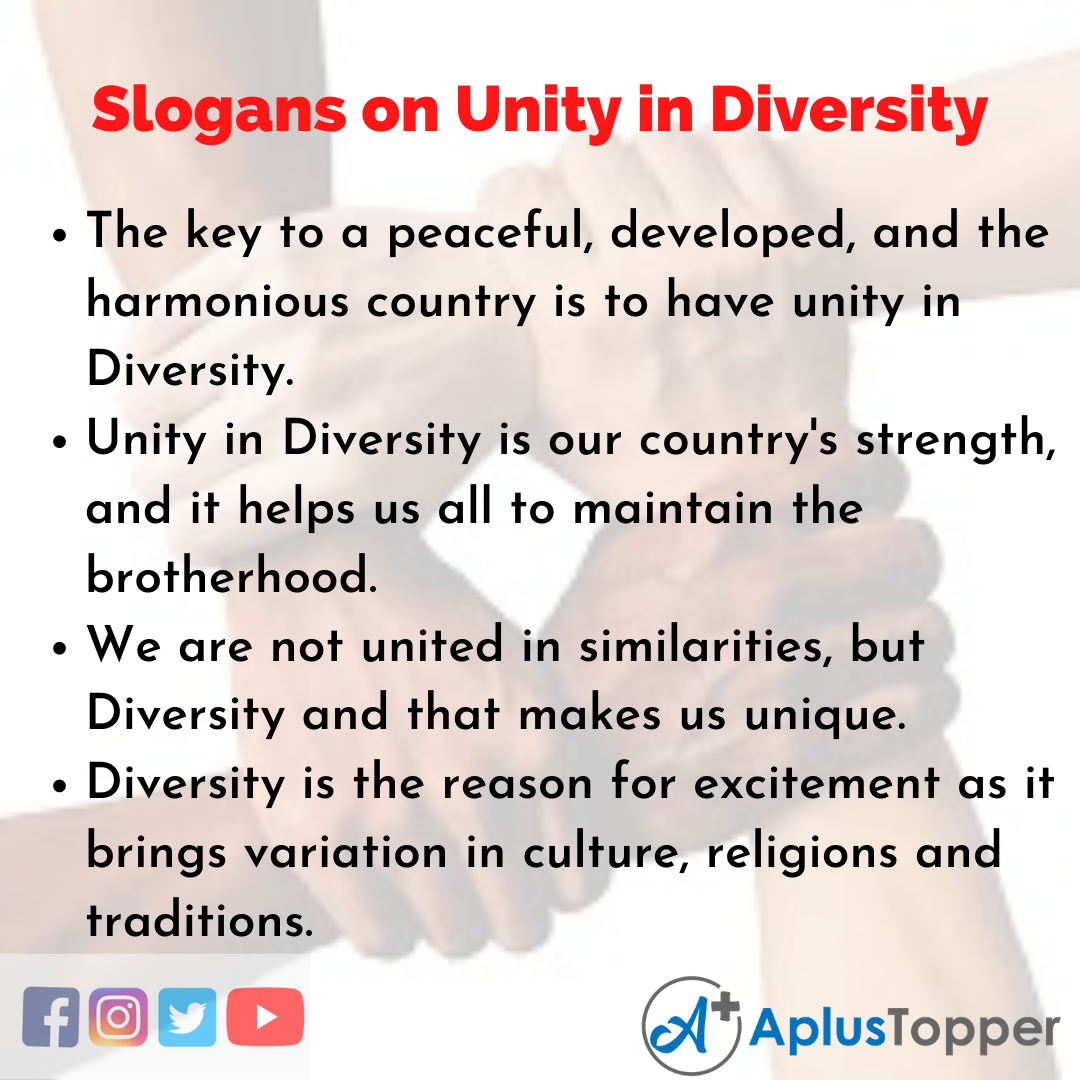 Question 1.
What factors lead to unity in Diversity in India?

Answer:
Several factors like society, culture, religion, choice of food, language, ideology, psychology, traditions, and a lot of other similar factors create several differences. These factors are the reason behind unity in Diversity in India.

Question 2.
What contribution does geographical and historical factors have on Diversity?

Answer:
The Diversity of a region is influenced by the events which took place in the past and the geographical factors which led to it. We can site the examples of Kerala and Ladakh to understand so. Due to the interaction of the tourists and traders with the natives throughout centuries, both of these states portray varied, diverse cultures.

Question 3.
What are the religious factors of Diversity in India?

Answer:
India has a multitude of religions, including majority Hinduism and minority Islam, Christianity, Sikhism, Buddhism, Jainism, Zoroastrianism, Judaism, etc. The religious Diversity is one of the main driving force in the country, leading to the problem of communalism. Yet, this Diversity has many times kept the country united in difficult times. Religious unity is particularly visible when a war or a disaster happens. Time and again, India has stood united in crisis, and that is what religious unity in Diversity of India is.

We see everyday examples of religious harmony such as the use of Ganapati Pandal as a makeshift mosque for Muslims; and Hindusparticipating in Eid festivities. Sikhs are building mosques for Muslims;Muslims kids robed as Krishna for Janmasthmi festivals and so on. There aresome religious centres in the country which have acquired a character that goes beyond one religion.

Question 4.
How does music affect Diversity?

Answer:
The best example of India’s diverse culture is music, especially Hindustani Classical Music. It has ancient origins, yet the emergence of a highly developed and enriched music of northern India could not have been possible without Muslim contributions and its patronage. The emergence of Khayal from Dhrupad, Tabla from Mridangam or Pakhawaj are some of the key examples. Persian Tambura and Indian Veena came together to emerge as Sitar. Similarly, Qawwalis and Ghazals have played a unifying factor between the people of Indian sub-continent.