Types of Hats: If you love to look fashionable and want to stand unique in a crowd, hats are the best option. Having a stylish look with hats is not confined only to women but also men. Whatever outfit you are in, be it formal or trendy, adding a hat will change your look completely. You can wear hats on any occasion, like religious or high-profile events.

You can also use the hats to cover your heads casually as protection from difficult weather conditions. You come across hats of different materials like felt, wool, cotton, and plastic. Some hats indicate the social status of the person. Some hats are part of the uniform of military officers, police, religious figures, and postal service workers.

If you are trying hats for the first time and looking to know the types of hats, you are in the right place. This article will help you understand these types of hats better.

Before we talk about the types of hats, we should discuss some terms that will make you understand the variations better. The terms are:

Now that we know standard terms let us answer one significant confusion which arises when we talk about hats. 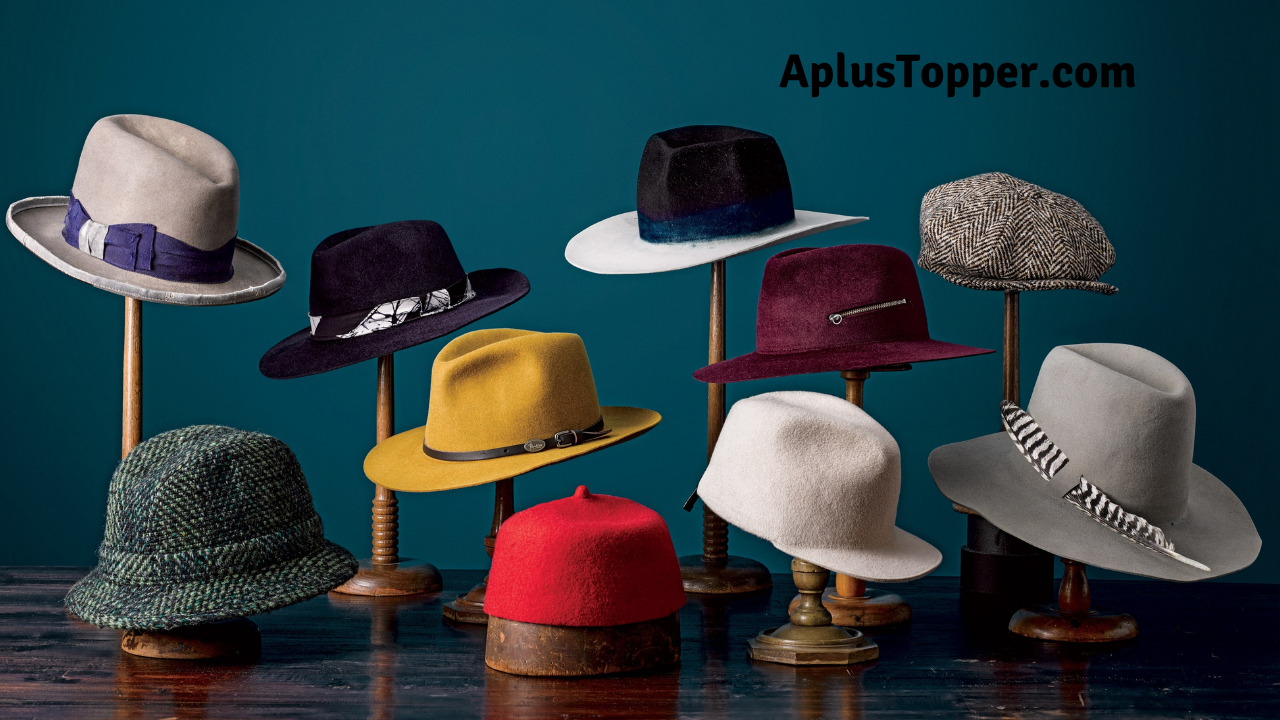 Are Caps and Hats the Same?

No, they are not and have one significant difference between them. But a cap can be considered as a type of hat. Hats come with a brim and a crown, whereas caps do not have a brim but may have or do not have a visor and has an unshaped crown.

Now it is time to see nine popular types of hats:

Above, we have discussed nine popular hats used by different people for different occasions and their brief stories.

Conclusion on Types of Hats

There are various types of hats, out of which only a few are discussed here. When you start exploring, you get to see and choose from different colors, sizes, and patterns of hats for yourselves. Also, there are some hats only for men or only for women, and some are suitable for a particular occasion. Never think that hats are out of fashion; they are still trendy and will help you get a fashionable look when you try them on. Start today and make different hats as a part of your collection today!