Tree Topology Advantages and Disadvantages: Tree topology, also known as Bus-star topology, incorporates the elements of both bus topology as well as a star topology. Tree topology is a network that is not commonly used, but when a combination of scalability or hierarchical setup is required between two networks, this topology is used. The structure of a tree topology is quite different from others since it resembles a tree, and hence it is named as such. The central node of this topology acts as a trunk for the network, and it has nodes extending outwards just like branches of a tree. In tree topology, between any two nodes on the network, the only route is seen. The connection pattern resembles a tree whose branches spring from only one root.

In this topology, between any two connected nodes, there is an existence of only one connection. Since two nodes have a mutual relationship, tree topologies create a parent and child hierarchy. In tree topology, all the nodes of computers are connected through a central node forming a hierarchical structure. Hence it is known as hierarchical topology. It is one of the simplest topologies.

Tree topologies are reliable and flexible. For the expansion of this network, one has to connect an extra hub and cables. We can connect tree topology networks to large areas as well. One can click as many servers as they want to the network. When a computer transmits any data, it will get broadcasted in the hub, and then the hub will convey the message to the designated computer. 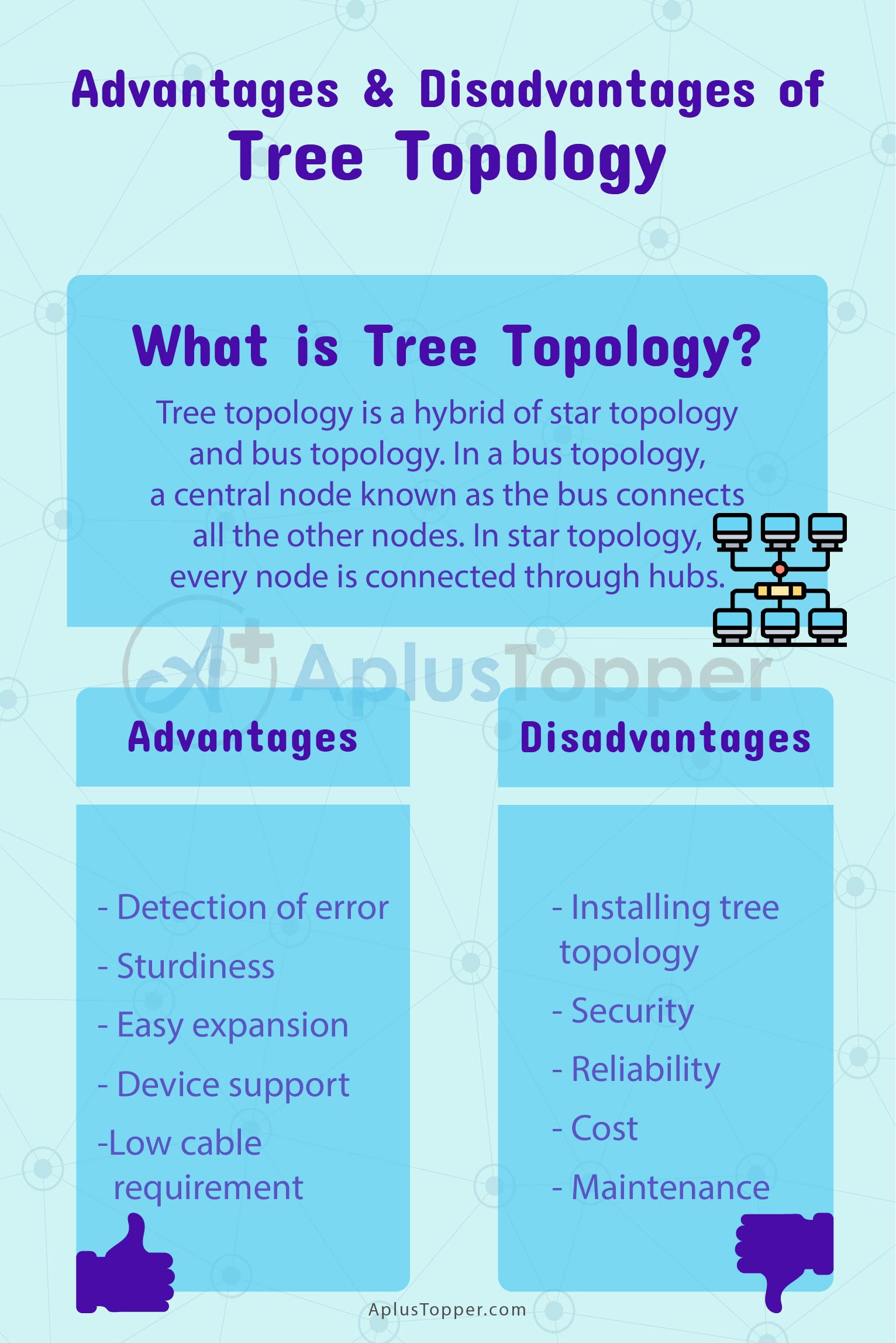 Comparison Table for Advantages and Disadvantages of Tree Topology 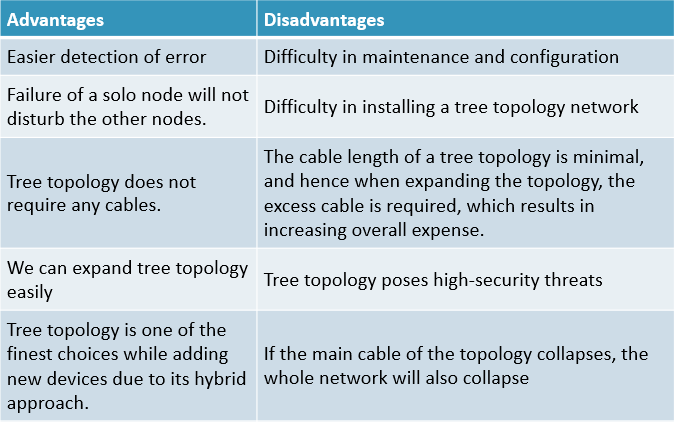 FAQ’s on Pros and Cons of Tree Topology

Question 1.
Tree topologies are used for what?

Answer:
The structure of a tree topology is different from other topologies. The nodes connected to it resembles the branches of a tree. This topology is frequently used in a corporate network to arrange their computers or organize their database information.

Question 2.
Why is tree topology less preferred by large organizations?

Answer:
Large organizations less prefer tree topology due to its complex maintenance and configuration process. Maintaining a tree topology takes up a lot of time. Managing the identification of errors, point-to-point connections, or individual star networks is very time-consuming.

Question 3.
Which protocol is used by tree topology?

Question 4.
Which cable is used by tree topology?