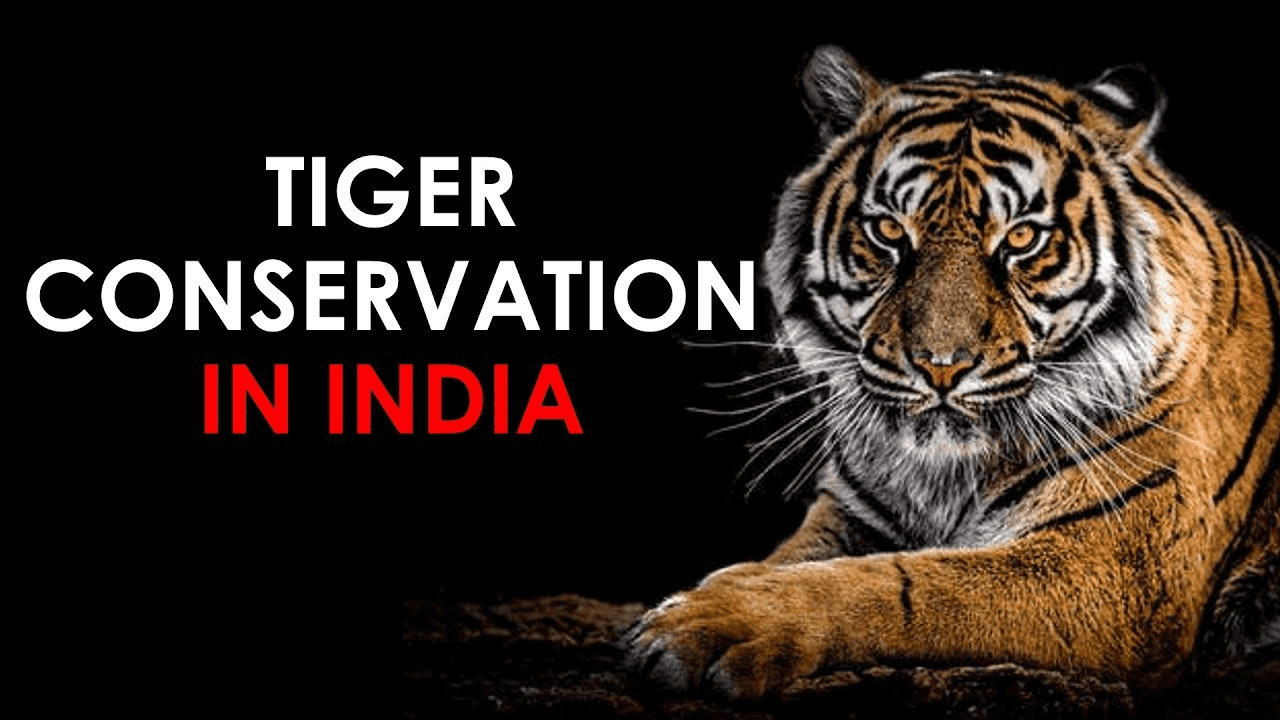 Below we have given a long essay on Tiger Conservation of 500 words is helpful for classes 7, 8, 9 and 10 and Competitive Exam Aspirants. This long essay on the topic is suitable for students of class 7 to class 10, and also for competitive exam aspirants.

During the British rule in India, tiger was hunted in large numbers for several reasons. Hunting tiger was a popular source of entertaining sport for the royal families and elites; they were killed for the beautiful skin which was used for making clothes, rugs etc; for its multitude of medicinal properties and for other selfish interests. There was and there is a huge demand for tiger parts and products in the market outside India’s border, which is proving an added threat to the tiger’s very existence. It has been observed that large development projects like mining, thermal and hydroelectric dams are also affecting the tiger’s habitat as many forests have been destroyed to facilitate such projects. Activists have rightly put the slogan:

“Tigers are killed for greed and not out of need”.

Tiger conservation is most crucial for the whole planet for numerous reasons. As a large predator, tiger plays significant role in maintaining the equilibrium of the ecosystem. Tiger along with other predators keeps a check on the herbivore animals, thus help in maintaining the right balance of animals. This in turn checks deforestation. This way with just one tiger several acres of forests can be protected. Apart from the benefits to human beings, tigers and other animals will also get their natural habitat.

In order to control all this, Project Tiger was initiated by the then Prime Minister Indira Gandhi in 1973 with the aim of creating a safe and ideal environmental condition for the survival and growth of tigers and its prey. Over the time it has saved tigers and has identified and eliminated the factors responsible for the decline of tiger population in the country. In order to conserve tigers, the project started with 9 Tiger Reserves and today stands with 28 Reserves across the country. Since its launch, the tiger population has shown a gradual increase. Other than conserving, the main aim of Project Tiger has been to aid and facilitate the breeding of tigers within a safe environment and then transport these tigers further afield so that their world population can be upped.

Though Project Tiger tackled various issues over the past 20 years, it has not been able to keep pace with the rapid changes that have occurred. In 2006, it was replaced by the National Tiger Conservation Authority. Along with governmental projects, some NGOs and individuals are implementing a variety of conservation activities to protect tiger habitats, mitigate tiger-human conflict, tackle wildlife crime, monitor tiger populations, raise awareness and improve the livelihoods of people living next to tigers. Efforts are also being done to save the rarely seen white tigers. Along with this, NDTV-Aircel Save Our Tigers, a social campaign was launched to create awareness about the alarming state of the tiger in the country.

The campaign is supported by India’s Superstar Amitabh Bachchan, Sanctuary Asia, India’s premier wildlife magazine and the Wildlife Conservation Trust. On this Amitabh Bachchan said: “Collective action is the need of the hour. It is for the government, wildlife experts, the media and the public to come together and affect a change.” And added “If my face and voice can be used to impress people about a national cause then I am all for it.” Later, MS Dhoni too became the face of the campaign.

Despite all these problems, India still holds the best chance for saving the tiger in the wild. Tigers are found in 17 states within India, with 7 states reportedly having a population in excess of 100 tigers. Adequate funding and international pressure will help. But probably the most effective way to conserve tiger in India is to enhance NGO participation to keep the issue energised on a national level and to increase general awareness. The Indian conservation and scientific community is now a proven force; it needs to be strengthened.