Teenage Drug Abuse Essay: Drug abuse is a problem that affects many people worldwide, but it’s something that is often difficult to discuss with teens in your life. It’s important to make sure that this sensitive subject isn’t brought up as a blunt warning or too harshly, because the longer you wait to talk about it, the more likely it is for them to seek help from someone else. If you have addicted to drugs yourself, this essay explores the issue of drug abuse and its consequences. Read on about how drug addiction could change the course of your life and what risks you might face if you’re addicted to drugs.

Teenage Drug Abuse and Its Consequences

The consequences of teenage drug abuse are often huge, as they affect the person’s life in many different ways. Teenagers who abuse drugs in their teens can suffer from permanent brain damage and other long-lasting physical effects that may lead to a lifetime of addiction and restrictions on their freedom.

Watch for the Signs of Drug Abuse

Drug addiction is a complex issue that can affect anyone. It can come in the form of mental, physical, and emotional changes which people often don’t recognize until it’s too late. The signs of addiction can be different for each person but there are certain behaviors to be aware of that may indicate drug abuse or addiction. In order to be certain that someone is suffering from drug abuse or addiction, look for the following behaviors:

Regardless, the experience of suffering from drug addiction is extremely unpleasant. Some have even described it as just as strong as the desire to eat food or drink water.

Signs of Drug Abuse in Teenagers

Drug addiction is becoming a widespread problem in teenagers. Moreover, teenagers are the most vulnerable group in society. Addiction in this group has noticeable signs such as:

Withdrawal symptoms after stopping drugs include nausea and vomiting, tremors, insomnia, loss of appetite and depression.

Drug abuse is widespread among teenagers all across the world. The number of teens who use drugs is rising dramatically, leading to an increased risk of addiction and overdose. Accidental drug deaths were the leading cause in 2016 for people aged 19-25. Parents and teachers need to take action against this issue, as well as develop preventative education programs that can help improve awareness about drugs and healthy living.

In the beginning, addicts may not notice the dangers of drugs as they are too focused on the feeling of pleasure that a drug provides. However, as the addiction progresses, these dangers become more and more apparent. One of the most dangerous side effects of drug use is overdose. This can happen when a person takes more of a substance than their body can handle or if they mix two or more substances together. Overdose can lead to death if not treated quickly enough. Moreover, drugs affect not only the user but also those around them including friends and family members who have to deal with their loved one’s addiction. For example, children of addicts may be neglected or abused while addicted teens might be unsupportive to their parents and siblings.

There are several possible life course outcomes for teenage drug use. These include mental and physical health problems, drug addiction, homelessness, incarceration, and school dropouts. Trauma and disease in childhood can also affect an individual’s life span. For example, individuals who have experienced abuse are more likely to have a shorter life span than those who were not abused. Such conditions are often accompanied by poor physical health and poor mental health. Poor physical health is, in part, due to neglect, lack of exercise and a poor diet. Mental health problems can include depression, anxiety and post-traumatic stress disorder as well as symptoms of withdrawal. 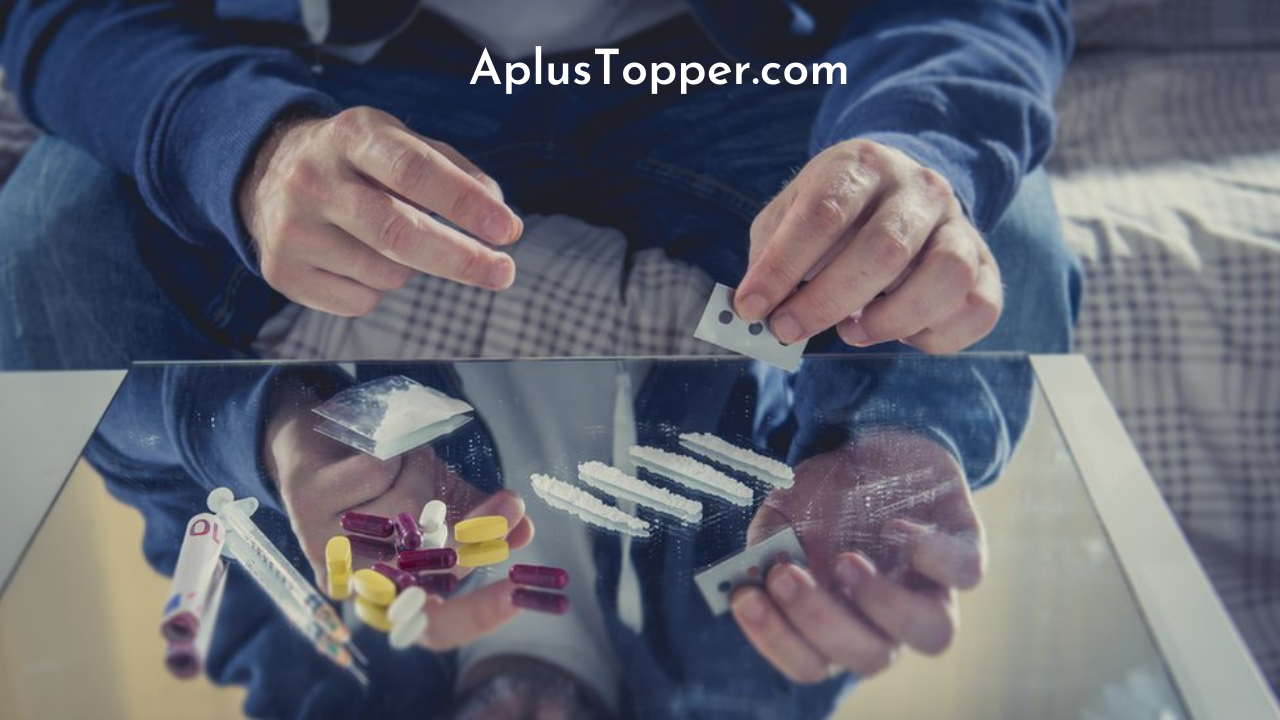 There are many different types of drugs that people can abuse including alcohol, opioids, marijuana, cocaine, amphetamines and more. Some people choose to abuse one type of drug while others might try multiple types at once. Regardless, drugs are a common problem in today’s society. People who are addicted to drugs often neglect themselves or others in order to get their next fix which is very dangerous for the addict and those around them. The key takeaway of this essay is that drugs are not just an individual’s problem – it affects everyone around them as well. People who have addicted loved ones often feel helpless because they cannot help their loved one get better. If left untreated or no intervention is done, it can lead to addiction, health problems, and eventually death.

Answer:
Drug abuse among teenagers does not occur on its own. It is the result of numerous causes. Some of these causes include: teenagers being in a rebellious phase of life, bearing feelings of isolation, wanting to fit in or just feeling different, peer pressure, wanting and trying to fit in with the popular crowd.

Question 2.
What kind of drugs are teenagers abusing?

Answer:
Teenagers are experimenting with drugs like marijuana, amphetamines, barbiturates and hallucinogenic drugs.

Question 3.
What are the effects of drug abuse?

Answer:
Drug abuse can lead to serious and life threatening consequences. These include drug dependence, physical and mental health problems, and psychosis and even death.

Question 4.
What are the signs of drug abuse?

Answer:
Drug abusers may care less about hygiene, appearance and how they present themselves. They may be unkempt and have poor physical and mental health.