What is the Source of the Earthquake 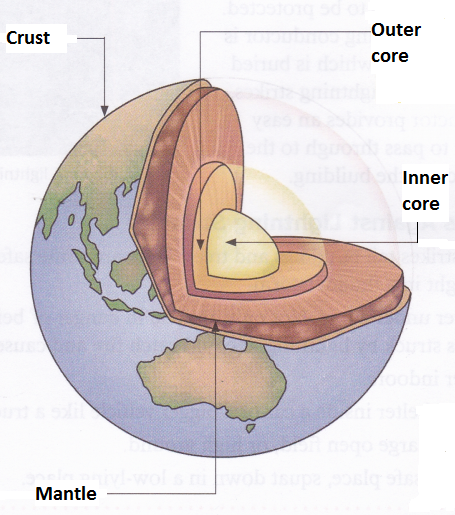 An earthquake is a sudden movement or a fracture in the crust and the upper layer of the mantle (together called the lithosphere). Earthquakes may range from mild tremors that can barely be felt to massive ones resulting in widespread destruction. The branch of science concerned with earthquakes and related phenomena is called seismology. Let us now discuss how the structure of the lithosphere is responsible for earthquakes.

Earth’s lithosphere is not one continuous piece, but is broken into many pieces called plates. The Earth is divided into seven large plates and several smaller plates. Due to the slow movements inside the Earth (called convection currents), these plates move with respect to one another by about a few inches every year. This movement of plates results in earthquakes, volcanic eruptions, mountain formation, etc.
The theory that the surface of the Earth is made of plates that move with respect to one another is called plate tectonics.
Figure shows the seven large plates that cover much of the Earth’s surface. How an Earthquake Occurs
Earthquakes generally occur at plate boundaries (also called seismic zones or fault zones). Here is a simplified description of how an earthquake happens.

1.The plates rub against each other as they move. Sometimes, the jagged edges of two plates get locked into each other and prevent them from moving. As a result, pressure builds up against these rough edges.

2. As the pressure build-up continues, the edges give way. The resulting sudden movement of the plates causes an earthquake. 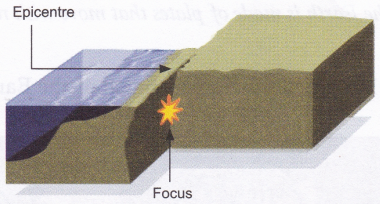 How Does a Seismograph Work?
A seismograph consists of a mass (like a ball) suspended with a string. This ball has a little pen attached to it, and the tip of the pen touches a sheet of paper (like a graph sheet) placed on a fixed base. When the Earth shakes, the fixed base also shakes (since it is fixed to the ground), and the suspended ball moves with respect to the fixed base. The pen tip records this movement on the sheet of paper. The output of the seismograph looks similar to the one shown in the Figure. 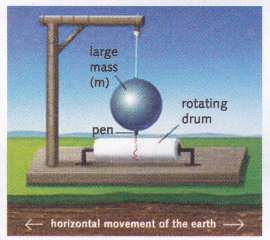 Magnitude of an Earthquake