Small is Beautiful Essay: The word ‘small’ conveys that something is minor or not of much importance, but ‘small’ can also be a ‘thing of beauty.’ There are countless examples from nature and in the material world, which reflect that small things have their own charm. 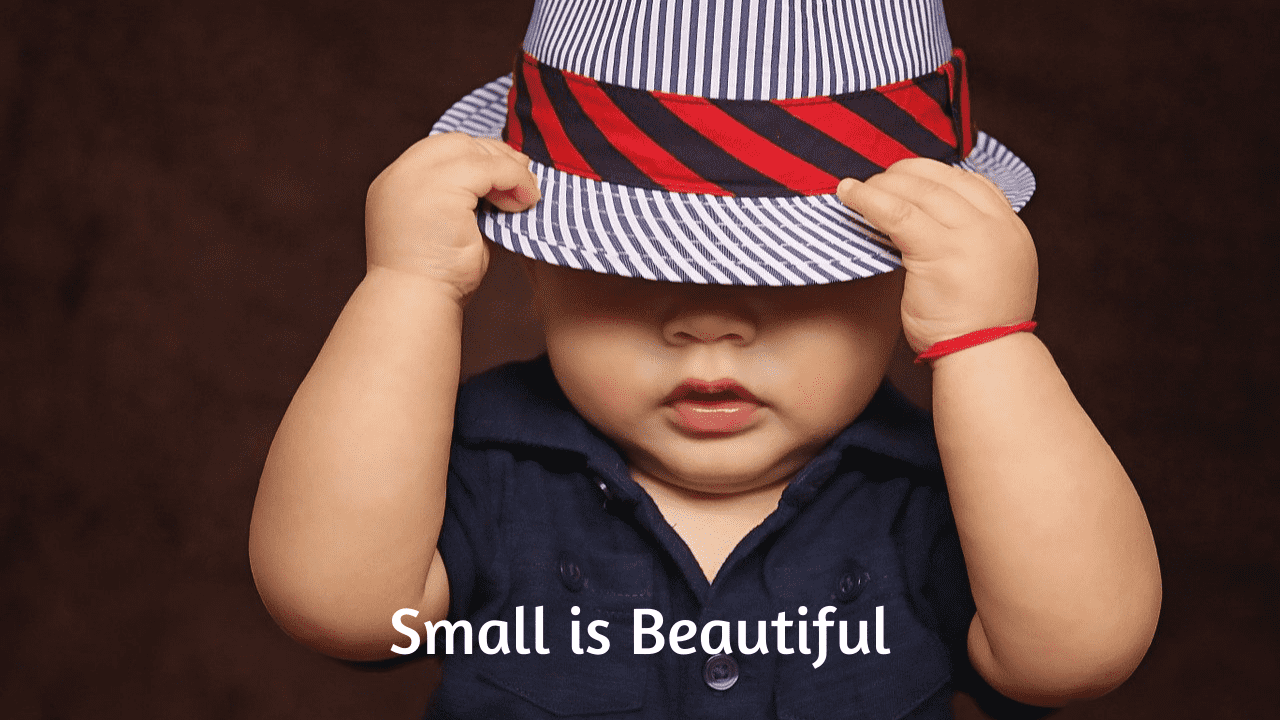 Long Essay on Small is Beautiful 500 Words in English

Below we have given a long essay on Small is Beautiful of 500 words is helpful for classes 7, 8, 9 and 10 and Competitive Exam Aspirants. This long essay on the topic is suitable for students of class 7 to class 10, and also for competitive exam aspirants.

The word ‘smile’ is a small five letter word, but it is so important as it brings happiness in one’s life. It helps in making bonds stronger and winning friends. Without this little word, the world would be a grim place.

Babies are little angles, who bring immense joy in our lives. Even being small, they teach us to be happy and relaxed.

To study in a small school is many times more desirable than studying in a big school. In a small school you practically know everyone and more importantly everyone knows you. The teachers are like members of the family. Your welfare and well-being is looked after properly and you feel you belong to the school. Consequently, your loyalty is never in question.

The situation is not so beautiful in a large school. In the midst of a couple of thousand other students, you become a nobody. If you do want to stand out, then you will have to involve yourself in school politics where everybody steps on one another to gain the favours of the teachers. The teachers too are generally less caring. They do not even know your name. What is more, they do not even know some of their colleague’s name.

So it is also the case with the business. Small is indeed beautiful. Consider a small general store. You can buy things on credit and at a discount if you know the proprietor well enough. On top of that any defective item can be returned and exchanged for something else. You get none of this in a big modern supermarket. It is strictly cash, no discount and definitely no such thing as returning goods. It is your bad luck if you get a defective product. To try to see the manager about it is like trying to go through a brick wall of bureaucracy and indifference. When you have handed over your money to the cashier-that is the end of it.

On top of all these things, they even install close-circuit cameras all over the place. It makes you feel as though you are a shoplifter. And still they cannot catch the seasoned shoplifters.

When towns grow larger, people grow unfriendly. It is the inescapable price we pay for congregating too many people in one place. Small town folks care about their neighbours. Granted sometimes these simple folks intrude into your life when you do not want them to, but such intrusion is infinitely better than living among people who do not know or care about other people at all, even when they are only separated by just a wall. In big towns, neighbours are looked at with suspicion. Who knows if one of them is a thug or a crook or a terrorist? Only slowly and rarely do you get to know your neighbour next door, that too, if he wants to know you at all. When you think about it, it is silly, but the fact remains that many next door neighbours live side by side for years without even exchanging a glance.

In general, it is thus easy to see that when organisations become too large, they invariably become impersonal. Large organisations require greater control. It would look as though that the people in such an organisation spend so much time keeping the organisation in running order that they do not have time left for other things. They become slaves to their organisations. They have forgotten their individuality and uniqueness.

Our country can also be taken as an example. Despite being smaller than many powerful countries of the West, it has retained its rich culture and traditions. Here, the parents-child bond is sacred. A multitude of religions cohabits here. Thus, there is ‘unity in diversity’.

The world of technology is progressing at a fast-pace. The size of computers is getting smaller. What used to be a mammoth mean machine, is now a small sleek palm top device. The smart phones will soon be a thing of the past, with smart watches all set to be released in the market. Their small sizes and slender designs make them portable and user-friendly. Nanotechnology is another area, which uses nano-scale or very small sized particles for drug delivery inside body.

‘Small’ also conveys limiting one’s desires to what is most essential for survival. In this material world, we often forget to cherish the little moments of life like greeting our neighbours, meeting an old friend, having dinner with family or spending some quiet time with oneself. In the kaleidoscope of life, small is indeed more colourful and more beautiful.