Slogans on Election: In a democratic country, elections are the most significant national event. It is of utmost importance as in the world’s largest and diversified democracy, India, where elections are a National Festival. It is only through elections that the people have power over the government in a democracy.

Slogans On Election In English

The supremacy of people in a democratic country like India is applied through the process of election. People cast their votes to choose the government for a fixed term and have the right to change it in the next election. As the country’s citizens, it is our duty to cast our votes to elect the government.

You can write the slogan on a leaflet or a placard to raise general awareness about elections and how to preserve democracy. You may find the slogans useful while campaigning for elections or creating awareness in various events in your school, college, office, or society.

Unique and Catchy Slogans On Elections

Slogans are the captivating and memorable one-liners that strive to create a positive impact on people and also helps to bring a positive change. Slogans are unique and can spread awareness to all the age groups of the society. Here, we are providing a few slogans on ‘Elections’ as a democracy is based on its people and elections. Lowest of lacking to the wealthiest, both enjoy equal rights, when it comes to casting their votes. Such is the power of elections! 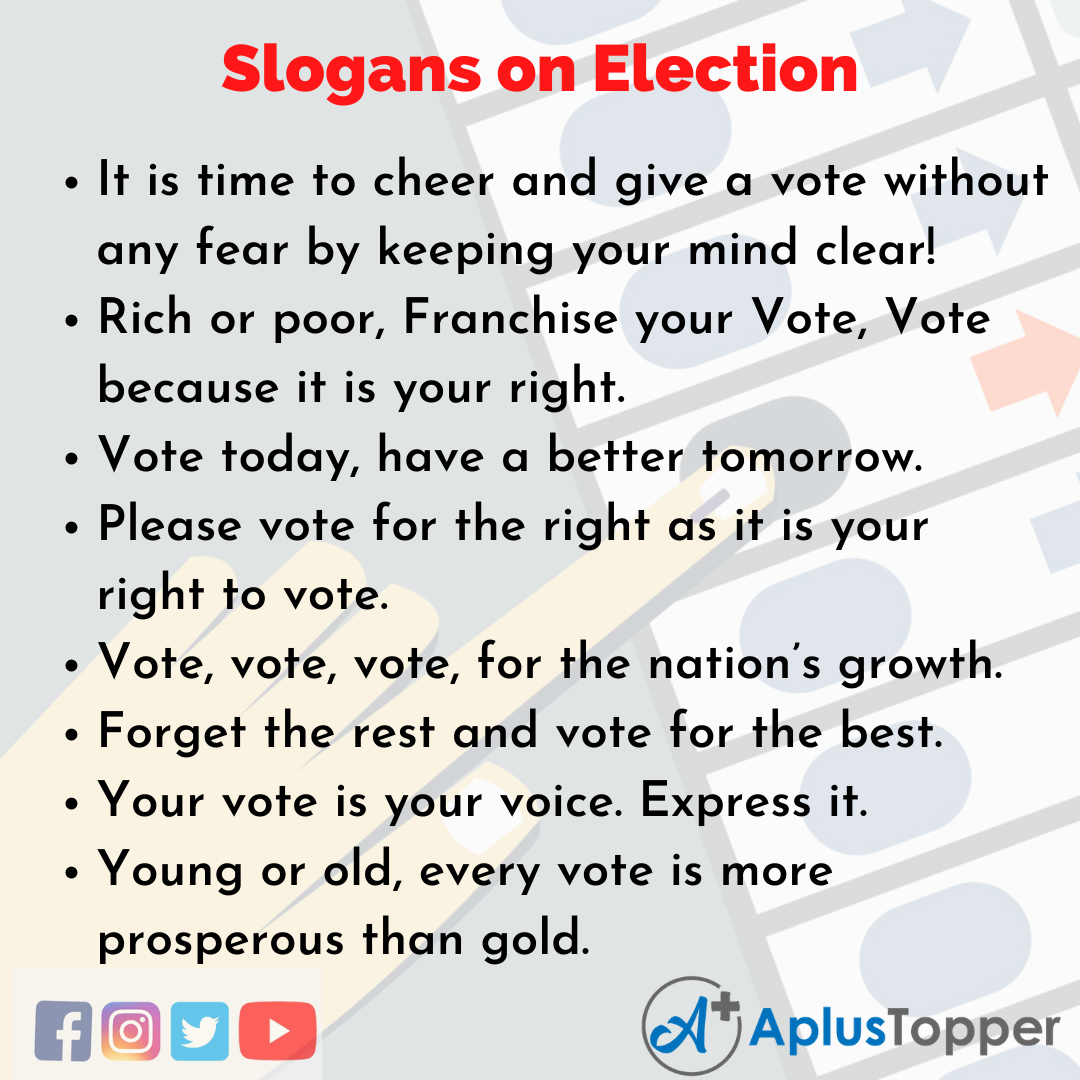