Where did the Roman Numerals come from 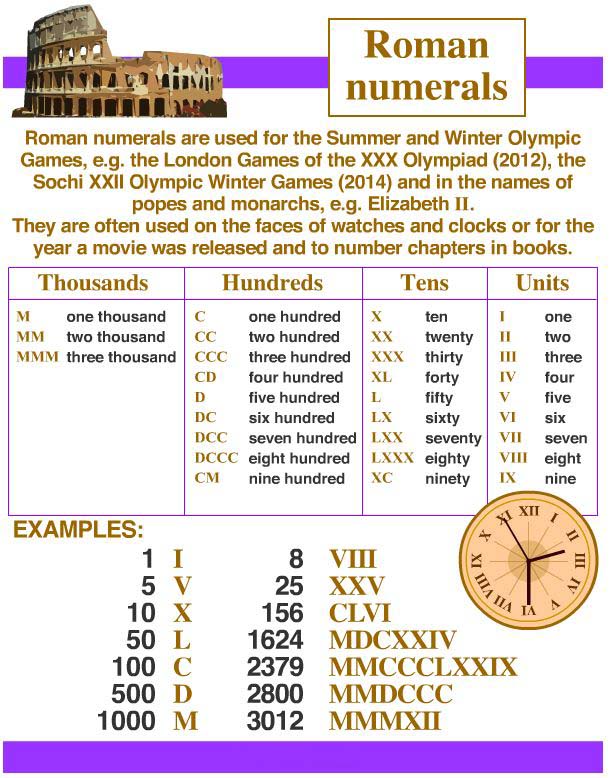 We have already learnt about the Indian and the International systems of numeration. There is another numeration system, called the System of Roman Numeration. This is the oldest system of numeration, developed by the Romans and is still in common use. Roman numbers did not have ‘0’ and so they did not have the concept of place values. In this system seven basic symbols are used for writing the numerals. These symbols are represented as shown in the table:

Let us consider some examples.