Role of Media Essay: Media is known as the fourth pillar of democracy due to its important role in shaping public opinion. Today, in this ultra modern world, the role of media has been augmenting day by day. It has been surving as a vigilant watch dog of India.

Long Essay on Role of Media 500 Words in English

Below we have given a long essay on Role of Media of 500 words is helpful for classes 7, 8, 9 and 10 and Competitive Exam Aspirants. This long essay on the topic is suitable for students of class 7 to class 10, and also for competitive exam aspirants.

Print Media has created an awareness among the people regarding their rights and duties. We can update ourselves just by going through the morning newspaper, getting each and every kind of news from every nook and corner of the world. Catering to all this, today mass media is well-established, wherein it is remarkable to see the All India Radio (AIR) now reaches 90% of the population, TV more than 80% and over 5,600 newspapers, 150 of these publications are published daily in over 100 languages.

There has been a worldwide growth of the Print Media even after the emergence of the electronic media. Moreover, there has been an increase in the circulation of newspapers around the world even after the emergence of electronic media and the internet. The newspapers play a very important role in the working of any democracy. Our Constitution too grants us the Right to Freedom of Expression which is manifested, in free press in our country. In a democracy, newspapers are the best way of educating people politically and socially. They play a decisive role no only in updating the public but also in formulating a well-balanced public opinion. The public read about the current events, interpret them and learn to intelligently participate in the political, social and economic affairs of the country.

Newspapers also reflect public opinion, thus formed through letters to the Editor which are usually published in a separate column. Moreover, Print Media provides great incentive to business by large number of advertisements on a variety of things s,uch as a house on sale, shops, electronic goods, stationary, cloth stores, glass ware, crockery shops etc. Matrimonial advertisements, job-opportunities, obituaries are all advertised through the Print Media.

Now-a-days, another very popular means of social interaction and propagation that has emerged along with the Print Media is the rise of Electronic Media. The birth of electronic media took place with the invention of radio, it further got spread through television, then through the laptops, computers via internet and now in every hand in I the form of mobile phones. Electronic Media has a very emphatic and motivating effect on the society today. The various news channels keep the vigilant citizens updated. Channels like Discovery and National Geographic keep the inquisitive mind busy and satisfy every intellectual query of a probing mind. Along with these, there are endless number of entertainment channels solely to amuse and tickle the audience. Now, quite a number of kids’ channels have come up to cater to this special section of the society. Television can help popularise technology and internationalise, and universalise our outlook.

These-days, the internet too is gaining a huge momentum, in terms of its role in media. This is because traditional ‘silent citizens’ for traditional media like newspaper often ‘speak out’ through the internet platform to let a society hear their voices. This has in turn increased the society’s level of democratic awareness wherein people of all age groups and sections formulate their opinion on the social networking sites. It is also because internet can be used by anybody, anywhere, at anytime easily to express themselves economically. Infact, these days there are many independent websites established which hope to monitor parliament activities and other crucial operations of society. The only major drawback internet is facing is that its spread is limited.

Yet, there is other side to media too, wherein it tries to cater to the transient needs of life and to appeal to the emotions of masses instead of maintaining an intellectual level. They even lower the moral tone and publish sub-standard materials to increase their readership.

Many times, newspapers try to ally themselves to particular ideology or a party instead of maintaining impartiality and indulge in mudslinging or even communal propaganda. These thoughtless means for easy money provides temporary financial benefits to a handful of people but prove to be extremely disastrous in the end for society at large. 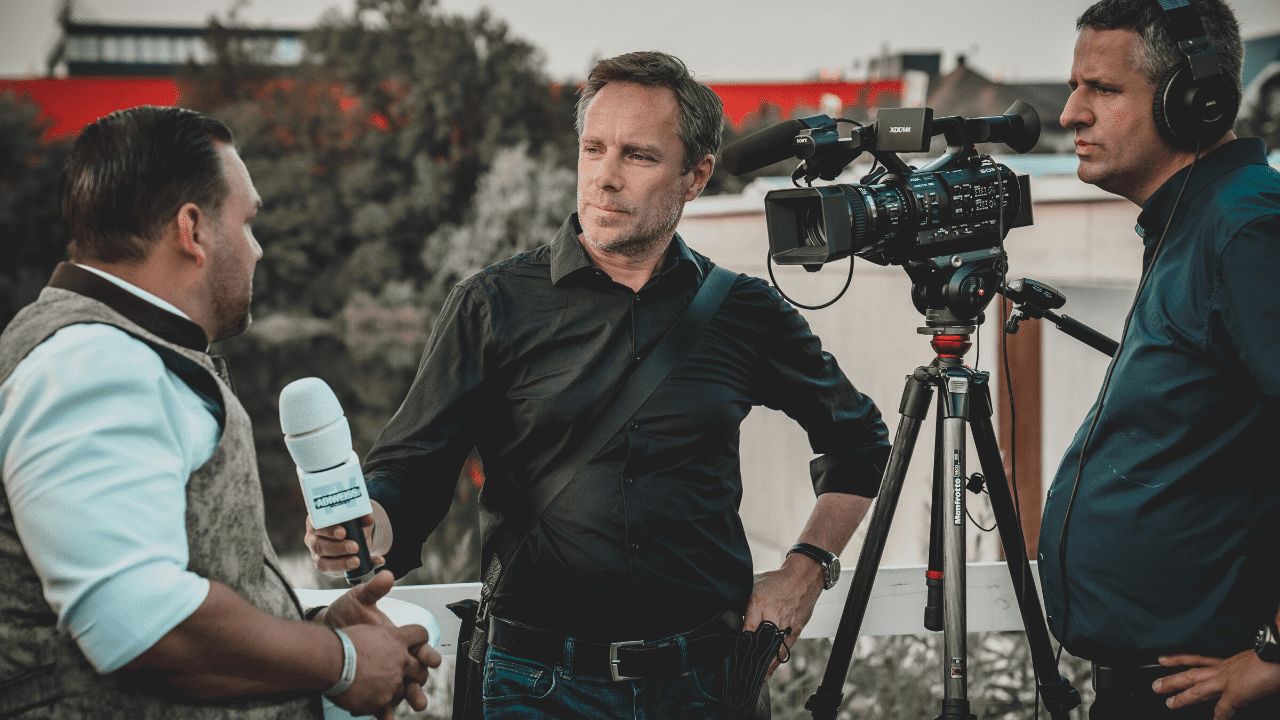 Short Essay on Role of Media 200 Words in English

Below we have given a short essay on Role of Media is for Classes 1, 2, 3, 4, 5 and 6. This short essay on the topic is suitable for students of class 6 and below.

People involved in this profession should realise the massive responsibility they shoulder and sacredness of the duty that they perform. They should avoid personal bias and prejudice to cloud their good sense. Instead, they should try to combat social evils, communal forces and also keep the government on its toes, committed to its promises. It should try to make people politically conscious and keep patriotism and national pride alive in the people.

In today’s world media has become as necessary as food and clothing. In the earlier times, it united people for freedom struggle, today it is uniting people against social evils. It has always been a crucial part, a ‘mirror’ of society in every age, however it only differs in its approach, means and spread, from time to time. It has immense power which needs to be carefully harnessed. Moreover, it has also been seen that media is reduced to a commercialised sector, eying the news which are hot and good at selling. The goal is merely to gain the television rating points.

I believe, if the media identifies its responsibility and work sincerely and honestly, then it can serve as a great force in building the nation.