Ring Topology Advantages and Disadvantages: The concept of topology is derived from the Greek words ‘topos’ and ‘logos,’ where the work ‘topo’ implies ‘place’ and ‘logos’ indicates ‘study.’ In the subject of computer networks, we use topology to explain in what way a network is physically correlated and also explain the logical stream of information in the network. A topology principally describes how network devices are interlinked and their interaction with each other using various communication links.

Computer networks are constructed based on two types of network topologies as defined below, explicitly:

What is Meant by Ring Topology?

Each host machine connects to two other devices in a ring topology that creates a circular network model. When one host tries to communicate or send a message to a non-adjacent host, the data moves through all intermediate hosts and finally reaches the desired host.

The administrator might need only one extra cable to connect with one more host in the existing node structure.

The failure of any host results in the loss of the whole ring topology. Thus, every connection in the ring topology is a point of failure. Due to this reason, some methods apply one more backup ring.

In this article, the advantages and disadvantages along with the features and some frequently asked questions about ring topology are discussed in detail.

Significant Features Of The Ring Topology

This article contains a detailed description of the following:

In the case of any failure, all the workstations placed after the malfunctioning computer will quit working. Hence, users can spend less time classifying the place of network failure.

As a result, the users may experience communication impediments, which is why it is advisable to make sure that there are few nodes connected in a ring topology. 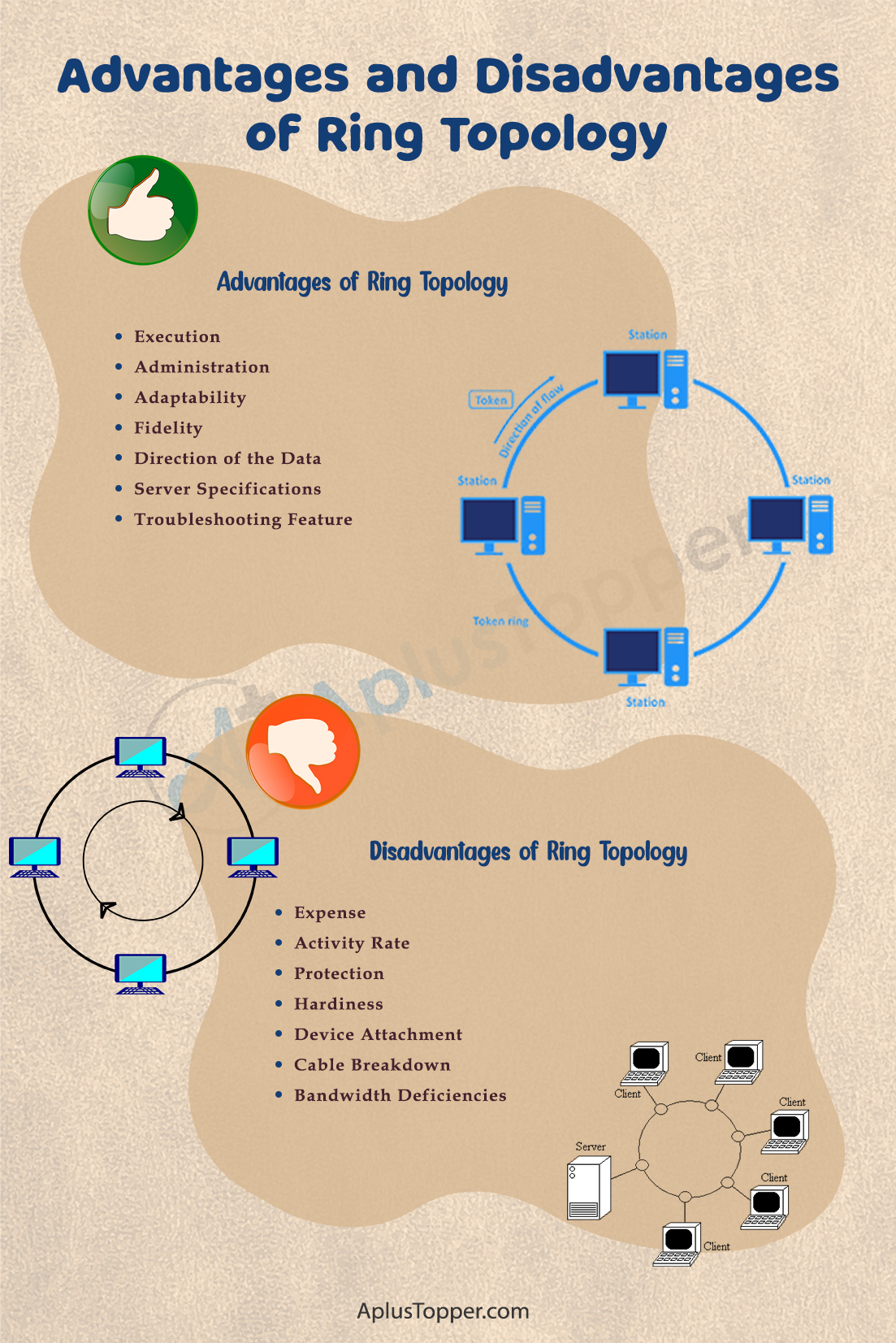 A Comparison Table for Advantages and Disadvantages of Ring Topology

Question 1.
Where can I use Ring Topology?

Answer:
In WAN and MAN, a ring topology is used as the backbone to connect the customers. The Ring is bidirectional and has two distinct routes to the public switch.

Question 2.
What happens if a Ring topology fails?

Answer:
A single node failure or cable breakdown can separate every node attached to the Ring. Therefore, very thoroughly arranged networks where every device can access the token and the opportunity to transmit data may break down if one node stops working.

Question 3.
What is a good example of ring topology?

Answer:
Token Ring is a good example of ring topology.