Regionalism In India Essay: Regionalism means excessive attachment to a particular region or state as against the country as a whole. Regionalism is a feeling or an ideology among a section of people residing in a particular geographical space characterised by unique language, culture etc., and the feeling that they are the sons of that soil and every opportunity that exists in their land must be accorded to them first and not to the outsiders. In the post-independence era, India has been witnessing a varying growth of regionalism and struggles.

Long Essay on Regionalism In India 500 Words in English

Below we have given a long essay on Regionalism In India of 500 words is helpful for classes 7, 8, 9 and 10 and Competitive Exam Aspirants. This long essay on the topic is suitable for students of class 7 to class 10, and also for competitive exam aspirants.

Regionalism in different forms has also been accompanied by different degrees of violence. The subsequent redrawing of Indian map by the creation of new states rather encouraged more people belonging to various ethnic communities to fight for new states on the basis of their language or ethnicity. Three major factors contribute to the rise of regionalism. Firstly, regional inequalities have been responsible for this problem to some extent because the economic development has been differential. Some areas are more developed than the others. Therefore, it gives rise to the feeling of being left out from the mainstream. Secondly, even linguistic differences play a vital role in this regard. Language corresponds with culture, tradition and literature. In India, such age-old loyalties actually outdo national loyalties. Thirdly, the most unfortunate factor that intensifies the problem of regionalism is the political factor. Unfortunately, our country has produced only politicians and not statesmen after Independence, who have encouraged regionalism for their own vested interest of staying in power.

The first manifestation of regionalism was the demand for reorganisation of states on linguistic basis, but the most effective play of regionalism was the victory of the DMK (Dravida Munnetra Kazhagam) against Congress in Tamil Nadu in 1960s. A little spark gave rise to an infinite chain reaction of petty demands for separate identity.

As a result at the time of Independence, there were 11 provinces that are today divided into 29 States and 7 Union Territories. The tribals demand for Jharkhand, Uttarakhand, Chhattisgarh and the recent Telangana the list is endless. This kind of an unwanted tendency could have been checked by promoting national unity and integrity, keeping in mind the history of the country.

But the selfish ulterior motives of a few politicians have actually and successfully resulted in further disintegration of the nation with the creation of new states. Regionalisation does not come about unless the states in a particular region want it. It may come about through a political regime, economic policy or security, but often one can identify a triggering political event which sets the process in motion. Naturally, this political event is related to the main players in the region, the policy-makers. Increasing interference by the centre in the affairs of the states has also led to regional feelings. But this regionalism has some advantages too.

Some of the advantages are like: Small states give better benefits to the masses and help to create wealth as well as help in nation’s development. There will be an end to exploitation of resources. Regionalism is shortcut to attain the political ambitions by emotionally exploiting the sentiments of the people. As long as the political leaders thrive for regional development without discriminating against outsiders, regionalism is not that bad for India. 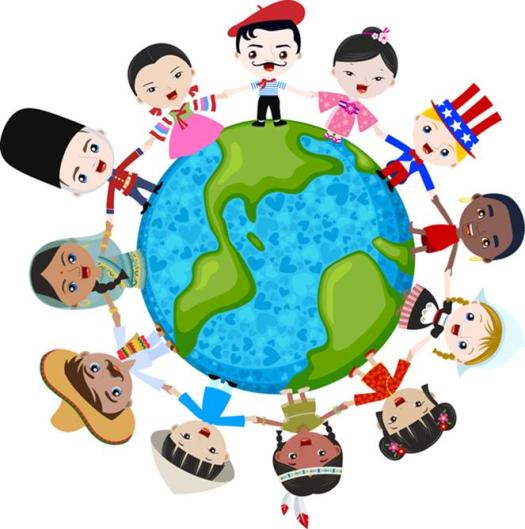 Short Essay on Regionalism In India 200 Words in English

Below we have given a short essay on Regionalism In India is for Classes 1, 2, 3, 4, 5, and 6. This short essay on the topic is suitable for students of class 6 and below.

Some measures to eliminate regionalism are as follows: Promoting even development of the nation. The neglected areas must be given more importance so that they also feel being a part of the national mainstream. A proper law should be passed to check the political leaders supporting regionalism just to gain political attention. Problems of people must be solved in a peaceful and constitutional manner. Politicians must not be allowed to misuse the issue of regional demands. The Central Government should not be biased with any state. Funds, packages, allocations should be equally distributed.

“Wt are Indians, firstly and lastly”, said Dr BR Ambedkar. The Constitution of India guarantees the right to every citizen in the country to live in any part of India and take up a job for his living. Let politics be a healthy exercise to unite and not to divide. Good schemes for the development in terms of industrialisation, modernisation, agriculture, finance, should be introduced by the government in the neglected areas. Today non-government organisations are playing a significant role in reaching out to masses closely.

They come forward to promote idea of nationalism among people. They should also spread awareness highlighting ‘unity in diversity’. If every state starts adopting the concept of son of the soil then the days are not very far, we may have to take VISA to travel to another state in India. So, we must make sure that the feeling of an Indian is more powerful than these regional or caste feeling.