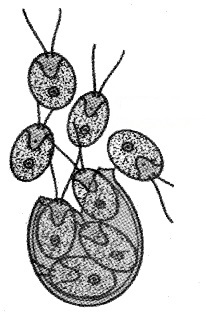 In plants the asexual reproduction mainly by the units of vegetative propagative structures. They are

They are capable of giving rise to new offspring. These structures are called vegetative 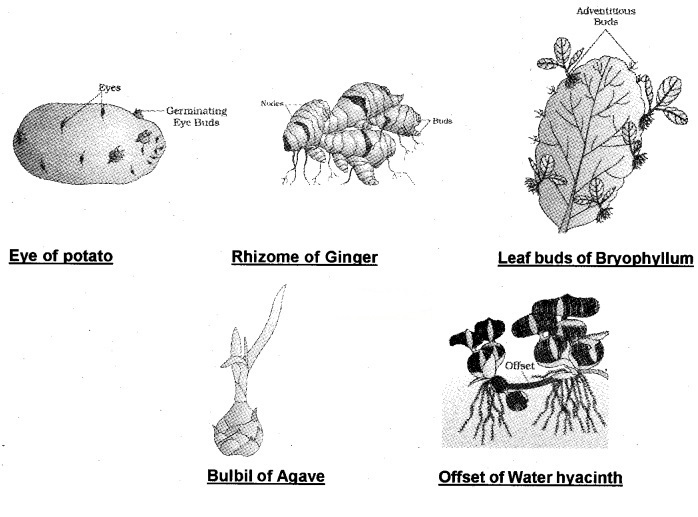 In water bodies, aquatic plant ‘water hyacinth’ is an invasive weed, called as the ‘Terror of Bengal’. Because it can propagate and spread all over the water body in a short period of time. It depletes the amount of oxygen, which leads to death of fishes.

Another examples of vegetative propagation are the origin of new plants from the buds (called eyes) of the potato tuber, from the rhizomes of banana and ginger.

In some plants adventitious buds arise from the notches present at margins of leaves eg- Bryophyllum. So it is used for the commercial propagation of plants.

Sexual Reproduction
It involves formation of the male and female gametes of the same individual or different individuals of the opposite sex. These gametes fuse to form the zygote which develops to form the new organism.

So the offsprings are not identical to the parents or amongst themselves. They are different in external morphology, internal structure, and physiology.

It is found that some plants flower throughout the year and some others that show seasonal flowering. But few plants exhibit unusual flowering phenomenon;

In animals, the juvenile phase is followed by morphological and physiological changes. But the duration of reproductive phase is varying in different organisms.

Some animals lay their eggs throughout the year but others seasonally. The females of placental mammals exhibit cyclical changes in the ovaries as well as hormones during the reproductive phase.

The end of reproductive phase is called as senescence or old age. Later it leads to death. In both plants and animals, hormones and environmental factors regulate the reproductive processes and behavioural expressions of organisms.
Events in sexual reproduction: It involves

1. Pre-fertilisation Events:
These include gametogenesis and gamete transfer.

a. Gametogenesis:
It is the process of formation of two types of haploid gametes – male and female.

Sexuality in organisms:
Both the male and female reproductive structures are present in the same plant, they are bisexual or on different plants, they are unisexual.

In some flowering plants, both male and female flowers are present on the same individual (monoecious) eg- cucurbits and coconuts or on separate individuals (dioecious) eg- papaya and date palm.

b. Gamete Transfer:
In most organisms, male gamete is motile and the female gamete is stationary. But few fungi and algae both types of gametes are motile.

In seed plants, pollen grains are the carriers of male gametes, and ovule have the egg. In dioecious animals the gametes are formed in different individuals and the organism have special mechanism for gamete transfer.

In bisexual, self-fertilising plants, e.g. peas, transfer of pollen grains to the stigma takes place when it come in contact with the stigma. But in cross pollinating plants pollination agency helps the transfer. Pollen grains germinate on the stigma and the pollen tubes carrying the male gametes reach the ovule and discharge male gametes near the egg. 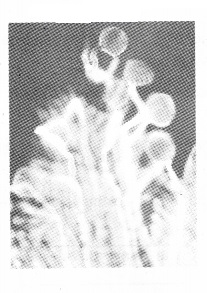 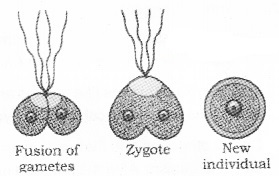 2. Fertilisation:
It is the fusion of gametes. This process is called syngamy leads to the formation of a diploid zygote.

In most aquatic organisms, such as algae, fishes and amphibians syngamy occurs outside the body of an organism (water) This type of gametic fusion is called external fertilisation.

One disadvantage is that the offspring are here prey, subjected to the attack of the predators. In terrestrial fungi, reptiles birds, mammals, and plants (bryophytes, pteridophytes, gymnosperms, and angiosperms), syngamy occurs inside the body of the organism, it is called internal fertilisation.

Here the male gamete is motile and has to reach the egg for fertilisation. In seed plants, the non-motile male gametes are carried to female gamete by pollen tubes.

a. The Zygote:
In fungi and algae, zygote develops a thick wall that is resistant to descication and damage. It undergoes a period of rest before germination.

In organisms with haplontic life cycle, zygote divides by meiosis to form haploid spores that grow into haploid individuals.

b. Embrvoaenesis:
It is the process of development of embryo from the zygote. During embryogenesis, zygote undergoes cell division and cell differentiation (modifications to form specialised tissues and organs).

In oviparous animals like reptiles and birds, the fertilised eggs are covered by hard calcareous shell, it undergoes period of incubation and young ones hatch out.

On the other hand, in viviparous animals, the zygote develops into a young one inside the body of the female organism. Afterthe period of growth, they are delivered out.

In flowering plants, the zygote is formed inside the ovule. The sepals, petals and stamens of the flower wither and fall off. 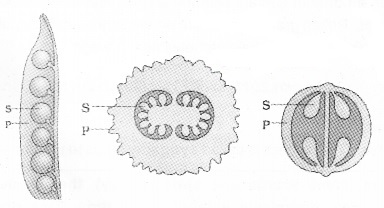