Question 1.
“The weak nuclear force is stronger than gravitational force.” State whether this statement is TRUE or FALSE.
Answer:
True

Question 2.
Position (x) – time (t) graphs of two objects A and B are shown below. At what time the objects meet? 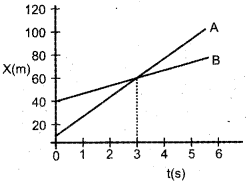 Question 5.
Draw a graph showing the variation of volume of a given mass of water with temperature from 0°C. In the graph mark the temperature at which water has maximum density.
Answer: 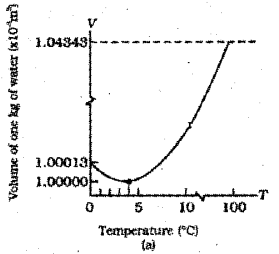 Question 6.
What is sublimation? Write an example for a sublime material.
Answer:
Transition of solid into gas without forming liquid is called sublimation.
Example: Camphor

Question 9.
Derive an expression for escape speed from a planet.
Answer:
Escape Speed: The minimum speed with which a body is projected so that it never returns to the earth is called escape speed or escape velocity. 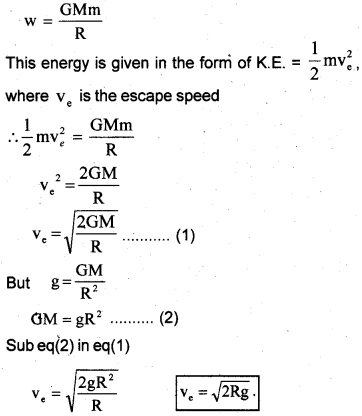 Question 11.
a) Draw diagrams showing the first and third harmonics produced in a closed pipe.
b) Write the equation for the fundamental frequency in terms of length of the pipe.
Answer: 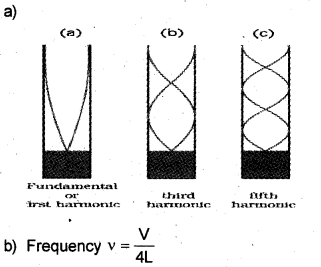 Question 12.
“Velocity can not be added to temperature”.
a) This is in accordance with which law of Physics?
b) Check the dimensional correctness of the equation PV = Fx where P is the pressure, V is volume, F is force and x is displacement.
Answer:
a) Principle of homogeneity
b) PV = Fx
dimension of PV = workdone
∴ PV = ML2T-2
Dimension of Fx = ML2T-2
Hence the equation is correct.

Question 13.
Find the magnitude of the resultant of two vectors A and B in terms of their magnitudes and angle θ between them.
Answer:

Question 14.
a) Figure shows the path of an object in uniform circular motion.

Redraw the figure and mark the directions of velocity and acceleration of the particle at P.
b) An object moving uniformly in a circular path of radius 12 cm completes 7 revolutions in 100s. What is the angular speed, and the linear speed of the motion?
Answer:
a)

Question 15.
A light bullet is fired from a heavy gun.
a) Choose the CORRECT.
i) Speed of the gun and the bullet are equal.
ii) Momenta of the bullet and gun are equal in magnitude and opposite in direction.
iii) Momenta of the gun and bullet are equal in magnitude and are in the same direction.
iv) Velocity of gun and bullet are equal.
b) By using a suitable conservation law in Physics, prove your above answer.
Answer:
a) (ii)
b) Consider a gun of mass M and bullet m. When gun fires, the fun moves with velocity V and bullet moves with velocity u. According to conservation of momentum.
Total momentum before firing = Total momentum after firing.
∴ O + 0 = MV + mv
MV = -mv 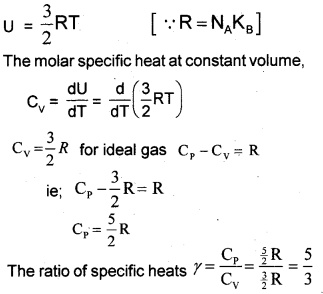 Question 17.
a) Figure shows the strain-stress curve for a material.
What is the Young’s modulus of the material? 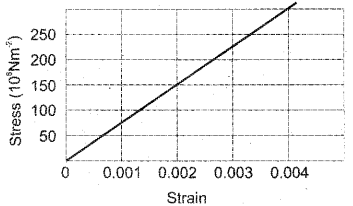 b) Young’s modulus of Aluminium is 70 × 109 Nm-2 and that of copper is 120 × 109Nm-2. Same strain is to be produced on an aluminium wire and a copper wire of equal cross section. Which wire requires more force?
Answer:
a) Slope of the graph gives, Youngs modulus 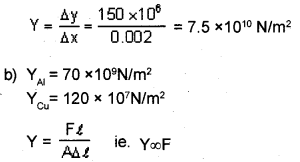 Question 18.
Free fall is a uniformly accelerated motion.
a) Draw the velocity time graph of free fall.
b) A ball is thrown vertically upwards with a velocity of 20 ms-1 from the top of a building. The height of the point from where the ball is thrown is 25.0 m from the ground.
i) How high will the ball rise?
ii) How long will it be before the ball hits the ground?
Answer:

Question 20.
Starting from rest, a solid sphere rolls down an inclined plane of vertical height h without slipping.
a) If M is the mass and R is the radius of the sphere, write an equation for the moment of inertia of the above sphere about a diameter.
b) Prove that the velocity with which the sphere reaches the bottom of the plane is 1.2\(\sqrt{\mathrm{gh}}\)
c) If instead of sphere another object of the same mass and radius with a different shape is used in the above experiment, will it reach the bottom with the same or different velocity?
Answer:
a) I = \(\frac{2}{5}\)MR2
b) Potential energy is converted into translational kinetic energy and rotational kinetic energy. 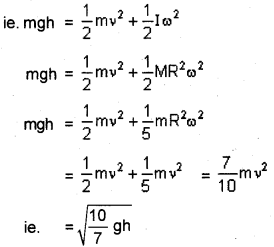 Question 21.
Earth satellites are objects which revolve around the earth.
a) Time period of a geostationary satellite is…….
b) Derive an expression for the time period of a satellite.
c) By using the expression you derived above, show that motion of satellite obeys Kepler’s law of periods.
Answer:
a) 24 hrs
b) Consider a satellite of mass m revolving with orbital velocity V around the earth at a height ‘h’ from the surface of earth. Let M be the mass of earth and R be radius of earth. 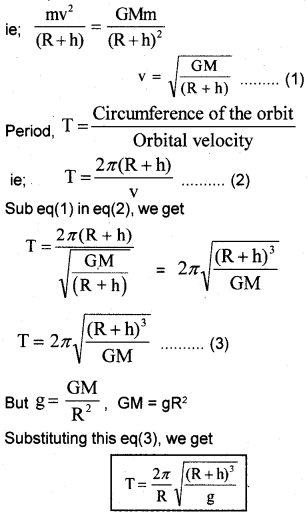 Question 23.
Schematic diagram of a heat engine is shown below. 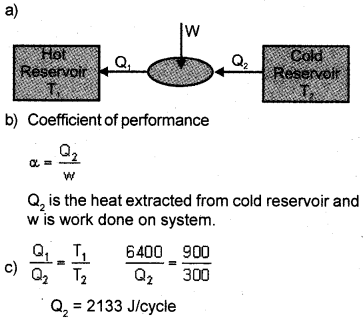 Question 25.
a) Derive Bernoulli’s equation for the stream line flow of an incompressible liquid.
b) Figures (a) and (b) refer to the steady flow of a (nonviscous) liquid. Which of the following two figures is INCORRECT? 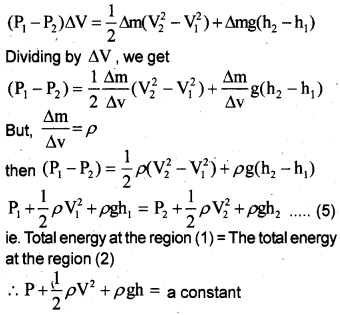 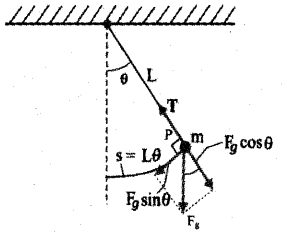 Consider a mass m suspended from one end of a string of length L fixed at the other end as shown in figure. Suppose P is the instantaneous position of the pendulum. At this instant its string makes an angle θ with the vertical.

The forces acting on the bob are (1) weight of bob Fg (mg) acting vertically downward. (2) Tension T in the string.
The gravitational force Fg can be divided into a radial component FgCosθ and tangential component FgSinθ. The radial component is cancelled by the tension T. But the tangential component FgSinθ produces a restoring torque.
Restoring torque r = – Fgsinθ.L
τ = -mgsinθ.L …….(1)
-ve sign shown that the torque and angular displacement θ are oppositely directed. For rotational motion of bob,
τ = Iα …….(2)
Where I is moment of inertia about the point of suspension and a is angular acceleration. From eq (1) and eq (2).
Iα = -mgsinθ.L
If we assume that the displacement θ is small, sinθ ≈ θ
Iα = – mgθ.L
Iα + mgθL = 0 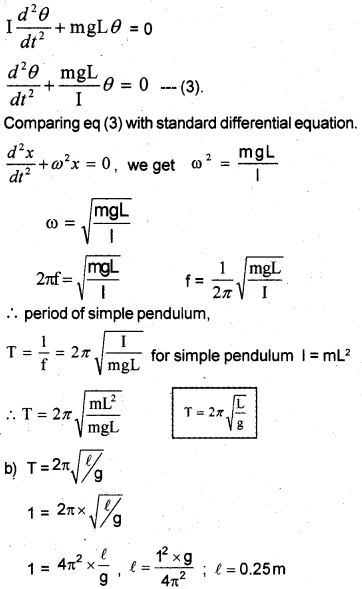